Anuj returns home after jogging while Anupama is busy cooking. She stands smitten seeing him. He alerts her that she burns thepla. He blames him for garnering attention. He helps her prepare thepla and kisses her forehead. Barkha notices their romance and says good morning lovebirds. Anupama tries to touch her feet. Barka stops her and says good morning is okay from a distance.

She then asks Anuj about breakfast and says he knows she doesn’t have theplas. He says Anupama prepared something special for her. Anupama says she prepared pancakes and cornflakes. Sara and Adhik enter calling mamma and dadda. Anupama excitedly rushes towards the door to welcome them. Barkha asks why is she excited when she doesn’t even know them yet. Anuj says that is how Aupama is.

Shahs return home from Leela’s mother’s house. Hasmukh misses Anupama. Samar asks her not to be disappointed as mummy is coming tomorrow for the paghphera ritual. They all talk about Anupama’s paghpera ritual tomorrow. Once they all leave, Vanraj takes out a gift box from his bag.

Anupama performs Sara and Adhik’s aarti and welcomes them home. Sara says she already knows Anupama and a fan of her since she saw her wedding proposal video on social media. She calls Anupama as chachi/aunty. Anupama gets emotional.

Adhika and Sara get confused seeing her in tears. Anuj asks them not to worry as these are tears of happiness. Sara and Adhik feel happy meeting Anuj after a long time. Sara requests Anuj to recite a shayari/poem for her. He does. She then praises Anupama. Anuj feels happy hearing that. Ankush tells Barkha that its good that Sara is bonding with Anupama well. Barkha ignores him as usual. Ankush says she should feel happy at least about something.

Later, Anuj, Anupama, Ankush, Barkhha, Sara, and Adhik have a chat. Adhik tries to inform Anuj about their US business being shut, but Barkha stops him. Barkha informs Anuj that she has organized a brunch party at 5 star hotel to announce that Anuj has returned to the Kapadia empire.

Anuj asks her to postpone the party as he and Anupama need to attend pagphera ritual at Shahs and apologize to her. Sara supports Anupama. Anuj reveals them that Anupama is the owner of the business and house now. Barkha stands shocked hearing that. Anuj says there should be a grand party for Anupama then. Barkha feels angry hearing that.

Barkha says Anupama cannot run a vast business alone and hence Adhik will help her. She thinks she let Anupama take over both the house and business. Anupama asks Anuj if Barkha is upset as the party got canceled. Anuj says Barkha will throw a party some other day for sure. After some time, Anupama says she doesn’t want to own his business and house as she doesn’t want to lose her own identity again. Anuj walks away from there.

Precap: Barkha feels irritated when Anupama’s children visit house and Anuj gets along them well. Leela performs Anupama’s paghpera ritual. Barkha asks Anuj that he loves Anupama so much that he made her a signing authority in the business, doesn’t he think he should also involve someone else. 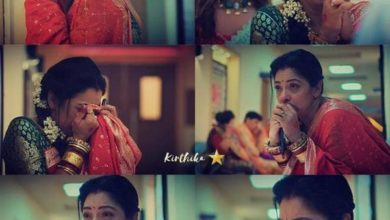 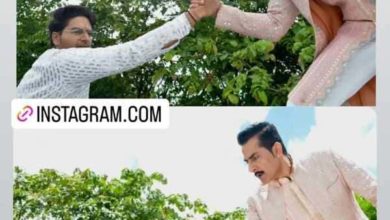