Malvika asks Anupama what would she like to have. Anu says anything. Malvika says she will prepare anything then. Anu walks away asking Anuj and Malvika to continue their chat. Anuj walks behind her offering her tea and says Mukku is a bit crazy and hence she shouldn’t feel bad. Anu says she doesn’t feel bad about dear one’s words. He says she is too good, so he loves.. Even she thinks same.

At Shah house, Kavya exercises and cramps her leg. Baa asks why was she jumping like a monkey. Kavya asks how her skin looks so supple and hair so shiny even at this age and even same with Anu. Baa says its a same problem with every women like her, but one shouldn’t try to slow down age and just let it happen; people things women fall for men’s wallet and men for women’s beauty, but truth is one has to develop their beautiful mind and not body. Kavya thinks she understand, but feels insecure whenever she sees younger than her.

Vanraj joins family for breakfast. Pakhi says he looks handsome today. Vanraj says he is always handsome. Kavya taunts him calling Raj and asks where will he set up his new office. He says at Anuj’s office. She says there will be Anuj and Vanraj there. Vanraj says he doesn’t have any problem with it. Samar says it will take time to find a new office. Kavya asks what about cafe. Vanraj asks her to take care of cafe as she is jobless for the time being. Shew says she is an MBA grad. Vanraj says her MBA degree is not helping her now, so she should work on cafeteria until she gets a proper job. Toshu asks if he can handle cafe.

Vanraj says sure as cafe belongs to whole family. Samar says both brothers will work at the same premises. Kavya congratulates for a cafe he got in charity. Toshu says he got Rakhi’s job in charity and not cafe and thought Kavya would change over time, but she never did. Kinjal feels happy seeing a positive change in Toshu. They both reach cafe where Samar and Nandini welcome them with a bouquet and become Toshu’s first customer. Toshu serves them coffee happily. Kinjal pays him. He says just like mummy paid papa’s first bill and became his lucky charm, she paid his first bill and became his lucky charm. She romantically gives him flying kiss and leaves for office. He gets Rakhi’s taunting message and replies her sarcastically.

Anuj loves Malvika’s prepared pancakes and says he had better chocolate pancakes yesterday prepared by Anupama. Malvika gets angry hearing that. He apologizes her. She panics and breaks things. He apologizes. She shouts if he has to have Anupama’s food, then why did he have her prepared food. He tries his best by dancing and singing to calm her down. She cries that he does same always and did same with Akshay. Anu hears their sound and thinks whether to interfere between siblings.

Malvika alleges Anuj that she couldn’t get Akshay because Anuj didn’t like him, now Anuj has someone in life and she is alone and just his responsibility, so its better she goes from here. Anuj pleads her not to go as her brother will die without her. She ignores him and walks away. GK hearing fight asks what happened. Anu explains that there was an argument between Anuj and Mukku and she left house. GK says it happens always, last time when she went, she returned after 10 years and this time she may not return.

Anuj searches Mukku. Anu rushes to him. He continues panicking and says he will die if Mukku leaves this time. Anu says they will stop Mukku and not let her go as Mukku got such a loving brother and calms him down. They both search Mukku, but doesn’t find her. 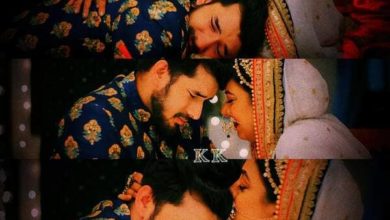 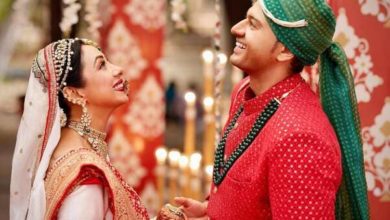 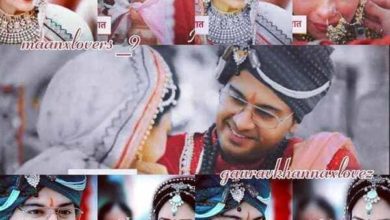