The Episode starts with Meera saying we should leave now. Ishaan says I have to go for some imp work. Sara says we have to go for haldi. Krish says he will be with me, don’t worry. Sandy says maybe he is planning a surprise for you, chill. Sara says fine. Krish says now we have to give them a surprise. Ishaan says I want to unite Ram and Priya at any cost. Krish takes him along. Ram sits with Pihu and talks to her. Shubham comes and looks on. Ram says you can do anything with this amount, studies, adventure, cupcakes and all, you have a right on it, you will never stay hungry from now.

Pihu is sleeping. She says thanks Mr. Khadus. Ram turns and sees Shubham. He goes out. Nandini asks Priya why is she making the breakfast. Priya says I know what my daughter likes. Nandini taunts her. She asks Tarun to find her medicines. Priya says your medicines are here. Nandini asks how is it here. Priya says its always kept here and there, so Pihu had it.

Nandini says you should teach her not to eat anything she sees. Ram asks what, its Priya’s money, so I didn’t tell this to mom and you. Shubham says you have feelings for Priya, you want to get her back in your life, Shivi died because of her. Ram says don’t remind me. Shubham says Pihu is not your daughter. Ram says I know, this is Priya’s right. Priya says Pihu is Ram’s daughter, shall I remind you. Nandini asks how dare you, its my house, I will do whatever I like.

Priya says I m talking of Ram, how dare you play with his emotions and fool him. Nandini asks what do you mean. Priya says you know what I mean, these medicines are of anxiety, right. Nandini says yes, I have a prescription also. Priya says its just vitamins, your truth has come out. Nandini worries. Ram looks for his phone. She says I know Ishaan’s truth. Priya says my memory isn’t weak like you, you forgot old Priya, who never left the cheaters. Nandini says you are still living in the past, you be quiet, then I will be quiet, else I will tell the police about Ishaan’s truth.

Priya says you said Ram will be happy if I leave from his life. Nandini says he was happy until you came, why did you come back. Priya says to expose your truth. Nandini says these medicines are true. Priya says come, we will talk to the doctor. They see Ram. Nandini says please forgive me, you are angry on me, I didn’t know that Pihu will eat the medicines, don’t cancel the interview.

Priya asks when did I say that. Nandini says she is blaming me, sorry, I have no energy to argue. Ram says calm down, Priya won’t cancel the interview, she promised she will support us, she always keeps her promise. She says I m not saying that. He asks did you take your medicines. Nandini says I sent Tarun to find the medicines, Priya is blaming me. Priya says you didn’t forget your fake medicines.

Ram asks what did you say, fake. Priya says yes, Nandini takes just calcium and vitamins tablets, your mom is fine mentally, she doesn’t need any anxiety pills. Shubham comes. Ram says I will call the doctor. Priya says no need, I actually did it, so I m saying such a big thing, doctor prescribed her the anti anxiety pills but she doesn’t take it, Pihu’s reports were clean. Shubham asks why did the doctor say that the dose was not high.

Priya says I was shocked when doctor said that Pihu’s reports had no trace, I recalled that I saw the medicines box in her dust bin, you saved me from the stairs, Nandini stopped you from going there, oil was fallen there, she wanted Maitri to fall down, she wanted the same thing to happen as Shivina. Nandini asks what are you saying. Ram calls it enough. Priya says sorry, your mom doesn’t take anti anxiety pills.

Shubham worries. Ram asks the proof. Priya says Pihu is the proof, she had no side effects, I told the doctor not to tell anything, I wanted to know who changed the medicines, Shubham… Shubham says I can’t tolerate this, its better I go to jail. She asks why didn’t you go then. Ram says enough. Nandini says don’t joke about my state, it helps me in forgetting Shivi’s incident. Priya says she is lying to you.

Ram says not a word more. She says no. He says its enough, I can’t explain you what we lost, but I can prove you wrong. He takes the medicine box and says I will clear your doubt. Nandini says you can’t do this, its my anti anxiety pills. She throws the pills. She says I don’t care if Priya thinks I m lying, I can’t let you take my pills. Priya says I blamed her, I will prove myself right. She takes a pill. Ram asks what are you doing, stop.

Priya says you wanted to prove me wrong, I took the medicine and proved that I m no wrong, I m fine, you think I will lie and blame someone, these medicines are fake, we all are sorry for Shivi’s death, Nandini would be hurt but she isn’t in a trauma, look at me, I m fine. Nandini says she is lying, I don’t know how this box disappeared from my mom, she is creating a misunderstanding between us. Priya goes.

Nandini says call the doctor and ask him, we need Priya for this deal, I don’t want you and Shubham to go to jail, there is Sara and Vikrant’s haldi, I will beg to Priya and apologize. Ram says no, I will go to her. Priya gets dizzy. She thinks why am I getting dizzy. Shubham asks why didn’t you stop Ram. Nandini says Priya is knowing the truth now, Ram will also know it, that those medicines are real. She recalls hearing Priya. She says I had changed the medicines.

Shubham asks what. Nandini says Priya is smart, I knew it, so I stayed ahead of her, I doubted on her. Shubham says you are really cunning, no one can win over you. She says right, Priya will also know this, she will be proved wrong in front of Ram, interview will happen, but the string of faith between them will break, so funny, their relation is breaking again because of me, very nice, I couldn’t meet Ishaan today.

Precap:
Ram holds a dizzy Priya. Brinda gets Pihu’s hair sample. She says I want Ram’s hair sample for the DNA test. Ram asks Priya to leave, he will manage the interview. 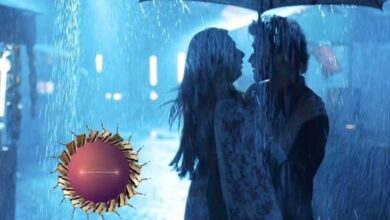 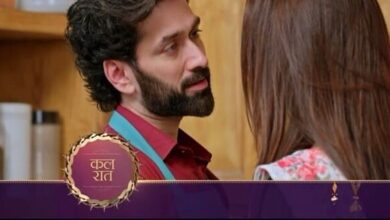 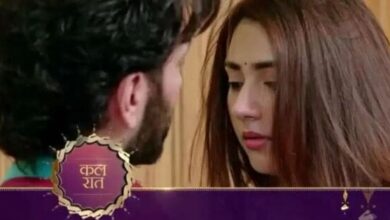