The Episode starts with Meera telling Priya about her experience. She says I met the ladies who were abandoned by their husbands, who were wronged by their inlaws, the women blame themselves for the wrong and don’t dare to break the relation. Priya asks why don’t the women leave such men, I don’t know how to help Vedika. Meera says you should tell Ram, he is sensible, he will help Vedika. Priya says yes, I will tell him everything when the right time comes. Ram asks for good. Priya says I will call you later. Vedika says you will be free of Soods soon, I m there to help you. Nandini says I want this, Priya wants to celebrate his birthday, you take the party credit. Vedika says we have to make her out of here, she should know Ram and my relation, the reason that Ram let me stay here, she will be upset with Ram’s friends also.

Sara, Adi and Brinda are at the cafe. Adi says pancakes… Brinda says its yummy, you all make such good food. Sara says Meera said that Priya made much food for Ram. Brinda says yes, that’s right. Adi and Brinda argue. Sara says Priya made the food, because Vedika is also there. They ask why didn’t Vedika go. Brinda asks Adi to call Ram. Sara thinks why are they reacting like this, what’s going on. Adi calls Ram and asks him to send Vedika away. Ram says Priya stopped her. Ram says Priya said she doesn’t care. Adi gets angry and ends the call. Sara asks what happened. Brinda says nothing, Ram’s birthday is coming, we will plan something. Sid comes to meet Sandy in the office. He sees Priya. She stops Shubham. She says I came to discuss Ram’s birthday. He says sorry, I don’t remember, it was in June. She says strange, everyone tells different dates. Sandy comes. Priya asks Sandy to focus on her work. She recalls Ram’s words. She asks Adi when is Ram’s birthday exactly. Adi says its in January, next month, you can ask him. She asks will he like it if we give him a party. He says yes, he loves parties and food. She says then we will surprise him. He says okay.

Ram asks Vedika is she going today, shall he drop her or is Shashi coming to pick her. Nandini asks will you talk to guests like this. Vedika says he is right. He says things sorted between Shashi and you, you both love each other, you would be excited to go. She says yes, I miss him, Priya stopped me, Shashi should think of his behavior, if I go, then he will take me for granted. He asks did Priya say this to you. Nandini asks why did she say this, why did she stop you. Vedika says I will get freshen up. She goes.

Nandini asks why did Priya do this. Ram says Priya is sensible. She says yes, she saw bad marriages in her house, what can she do, we never met Sara’s husband, Priya didn’t see anything good, Vedika would have gone to ask something and Priya said so. Ram says I will talk to Vedika, she should return to Shashi. She says no, let it be, don’t say anything, Vedika should take the decision right.

Priya meets Sara. Sara tells about Vedika. Priya says yes, they are good friends since college. Priya says Ram likes to balance all his friends. Sara says he is so sorted, Vedika is not so good, she thinks she has a right on Ram’s money.

Priya says maybe, I m thinking to plan Ram’s birthday. Sara asks her plans. Ram calls Priya and thinks to talk about Vedika. She thinks to talk to him later. She asks about his kundali. She thinks to know his birthday. He says my birthday is next month. She thinks his friends know him well, but his family doesn’t. She says okay. He asks why did you stop Vedika at home. She says they were fighting a lot, they will cool down if they stay away, why. He says your understanding about marriages is such because you didn’t see successful marriages.

Precap:
Priya asks Akki about Ram. She goes to meet Ram at the hotel. She learns that Ram is exposed to the virus. She faints down in the corridor. 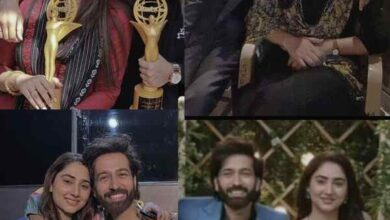 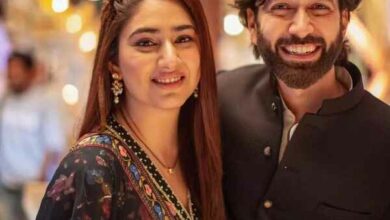 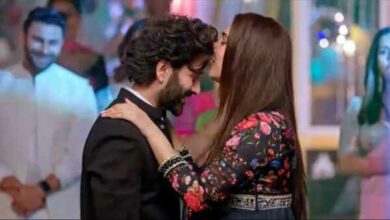 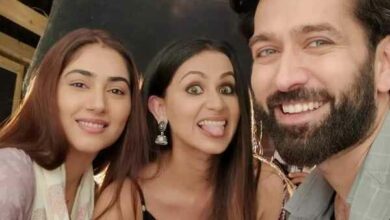