The Episode starts with Nandini saying how can Ram do this, I can’t tolerate this more, Priya killed my Shivi, I can never forgive her. Priya thinks she is still living in fear, maybe she has no control on her mind, so she is doing this, I doubt her, she shouldn’t know this. Nandini says Shivi comes in my dream every night and shouts for help, I hate Priya. She cries. Priya leaves from there. Nandini stops the drama. She says I have to do a drama again to get Ram in my hands, when I get a panic attack, then Priya will see how Ram chooses me. She smiles.

Meera asks Krish are you okay. He says yes. She asks did you go to get Priya’s dream dress. Krish says yes, but Ram reached first. Ram says you got late. Krish asks why did you do this when you hate Priya. Ram says Pihu was upset, she wanted to gift the dress to Priya, I did it for her. Krish says its okay. Ram says I don’t need your permission. Krish says I can’t permit you. Ram says of course, you aren’t Priya’s husband. Krish says even you aren’t her husband.

Priya comes and says I need to talk to you, Krish, in private. They go. Sandy asks Ram to see the party plan arrangements. Minister asks what’s the special plan for your wife’s birthday. Ram says I m going to do that, sorry. He goes. Pihu says I had to say sorry to him. Krish says I told you I will find out who is doing this. Priya says Nandini and Shibham are behind this. He asks how can you be so sure. Brinda does the arrangements. Ram comes. She says Priya and Pihu will get happy.

He says its imp for this deal, I don’t care if anyone stays upset with me. Pihu comes. Brinda says you do care for Pihu beingupset, Priya and your relation wasn’t fake. He says it was fake, this dress and surprise, its all a drama, it will end when the deal gets done. Pihu asks really, were you fooling my mumma, I came to thank you, I thought you are her good prince charming, you are a liar, I won’t help you. Ram says I told that in anger, I m sorry. She says you are fooling me also. He says no, I swear on your fav cupcakes. Brinda thinks how cute. Nandini comes. Ram says punish me, I will become anything, forgive me. Pihu shouts no.

Nandini calls him out and acts dizzy. He holds her and makes her sit. He asks her to sit. He asks Brinda to ask Shubham to call the doctor. He asks Pihu to get Nandini’s medicines. Nandini smiles and thinks Ram left Pihu and came to me, Ram won’t think of going to Priya and Pihu. She says I forgot to take medicines today. Brinda says Shubham is coming. Ram asks Nandini to have medicines. Pihu asks him not to worry, his mumma will get fine. She says I will pray. She hugs Ram.

Priya comes there. Pihu says Ram got so tensed when his mom got unwell. Shubham gets the doctor. Doctor checks Nandini. Ram asks Shubham to ask the guests to leave, Nandini needs him, nothing is imp than her health. Shubham says fine. Nandini says so sorry Ram. Doctor says her bp dropped, don’t worry. Nandini says I forgot to take anxiety pills. Doctor says you can’t miss any dose, I will give her an injection immediately. Nandini asks why, Ram just gave me the medicine.

Doctor says don’t worry, it will relieve you. She thinks I m acting, I can’t let Ram know. She says I took the medicines, I will get fine. Ram says you are not well. She says I promise, I will always take my medicines, sorry that everything for cancelled because of me. He says you are imp. She says I will go and take rest in my room, I will fine. She apologizes to Priya. She goes with Shubham. Priya thinks is my doubt on her wrong, is Shubham doing this alone. Nandini goes.

Krish says so your birthday won’t get celebrated. Priya says I will explain Pihu. He says we can go out and have a celebration, Pihu had much expectations. She says no, Nandini isn’t well, we can’t celebrate. He asks why are you thinking of Ram, you have to leave this house one day, sorry, I didn’t mean to hurt you, I know they mean a lot to you. She says I don’t know about the blackmailer’s reaction.

He says we can go to Sood house, come. She thinks I have to know if Ram is fine. She says fine, I will talk to Pihu once. She goes. Krish thinks you have seen many problems in life, I want you to forget all the problems.

Nandini asks Ram to talk to the minister. Ram says don’t worry, I will make a call. He goes. Shubham shuts the door. He asks what’s going on. She says I had decided that I won’t let this party happen. He says we did this to clear Ram’s image.

She says I have seen Ram and Priya getting closer, if he knows Pihu’s truth then everything will get finished. He says Priya should come back, its better than we get on roads. She says no, just keep the interview tomorrow, I don’t want Priya and Pihu to stay here. He says okay, I m on it. He goes. She says I will win even after 5 years, Ram will always choose me over Priya.

Precap:
Pavan says Pihu ate Nandini’s medicines. Priya asks what. Nandini asks is this true that Ishaan had pushed my Shivi. She cries. 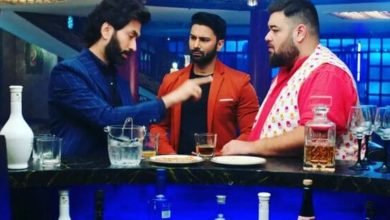 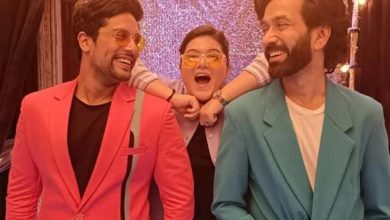 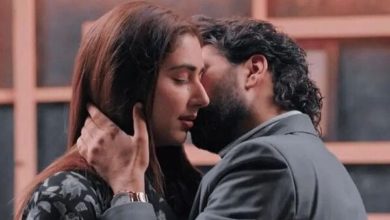