The Episode starts with Shashi and Vedika arguing. He asks her to go to Ram and tell him everything. He says my loans will get off if Ram and I have this deal, I know your needs and want to fulfill it, I know your lifestyle, you are my wife I want to give you the best, trust me. He calls Sid. He asks Sid to tell Vedika why he was ready to marry Shivi. He says you wanted to marry her for the sake of our company. Sid says yes, he is right. Priya waits for Ram. Sid gets Shubham’s call. Shubham says plan is on, you remember that girl, that new actress Anjali, she is in debts, she can do anything for money, we will make her start our plan. Sid says its imp to teach her a lesson, we will meet her today. Shubham says we have to decide the place. Sid says I m chatting with Sandy, she said Akki is shooting tonight, Anjali is also shooting there. Shubham says you are a rockstar, I like it. Shivi asks whom are you talking.

Sandy says new friend, he is really funny, he always sends jokes. Shivi asks is he handsome. Sandy says no idea, he didn’t put a pic. Shivi says he might be a creepy old man, better meet him, don’t go alone, go to some crowded place. Sandy says it will look awkward, I m dumb in these things. Shivi says stupid. She writes I want to meet. Sid says she will know it if she meets, I will say we will meet and ditch later. He writes we shall meet tomorrow. Sandy writes we will meet at the cafe. Sid says middle class girls are so cheap, I will delete the chat once my work is done. Ram talks to Adi. He says Adi, make everything as Shubham likes, I want him to get happy. Adi says I want to talk something imp. Ram says if dad was here, then he would be so happy, I had promised him, send me the deal papers. Adi says listen to me, I have to talk about Shashi. Ram doesn’t listen. He says I will have food, check the documents and I will come to sign. Adi says let me talk first. Ram says I can’t wait for the food now. He ends call.

Anjali cries and hugs Akki. He asks what happened, tell me, wipe your tears. She says sorry, I don’t want to trouble you. It gets recorded. He asks her to say what is it. She says my boyfriend called me, he blackmailed about my video clip. Akki says I will talk to him, give me your phone. She says leave it, please, I will handle him. He says I will still like to help, he is asking money, how much. She says 10 lakhs. He says relax, we will do something. She thanks him. He goes. She checks the video. She messages Sid. Ram tries to open the casserole. Priya comes to help her. Shubham and Sid have a chat. He says I will see how, how Ram finds this marriage true. Ram says Tarun left, its his duty to be here. Priya says he might have slept, its 2am, he wakes up at 6am and runs after you, he isn’t a machine, its fine. He says you started taunting again. She says I m saying the truth, you may fall sick if you don’t eat food on time. He asks are you concerned for me. Shubham looks for Ram. Ram and Priya have a talk. She says you don’t eat well, are you taking BP medicines. He says I m going to the room to get my medicines. He gets dizzy. He says I m getting dizzy. She asks him to go and have medicines. His nose bleeds. She runs to him. He falls down. She asks him to get up. She cries and asks what happened.

Shubham comes and gets shocked. He runs to Ram. He shouts mom. She asks him to call the doctor fast. He asks what happened to him. He calls the doctor. He calls Adi home. Nandini comes and gets shocked. She asks what happened to him. Mami comes and asks what’s happening, what happened to Ram. Priya cries and asks what happened to you, get up. Mami asks what did you do. Priya says he had the food and was going to the room to take medicines, he fainted down. Mami asks did he eat prawns again. Doctor comes and checks Ram. He asks them to take Ram to the room. Shubham lifts Ram and takes him. Mami calls Shivi. Akki comes home. He answers. Mami asks where is Shivi, her brother fainted down. He asks what happened to Akki. Mami says don’t know, give phone to Shivi. Akki says we are coming. He asks Shivi to get up. Shivi asks what’s the problem, I want to sleep, you also sleep. He says Ram fell down, he got hurt. She says he will take medicines and get fine, its my first diwali, I want to look good tomorrow. He thinks you don’t care for your brother, we should go there, Ram isn’t well, I will go there, Priya would be worried. Priya prays for Ram. She recalls their marriage.

Precap:
Vedika asks did your family do anything wrong with Ram. Priya says Vedika, I m Priya’s wife, go out please. Adi says Priya is with Ram, so I m not tensed. Ram smiles seeing Priya. 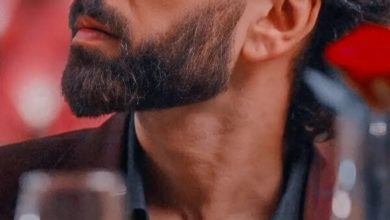 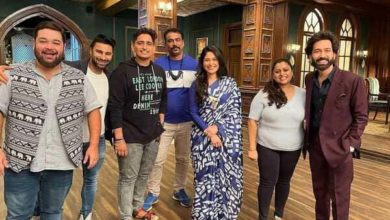 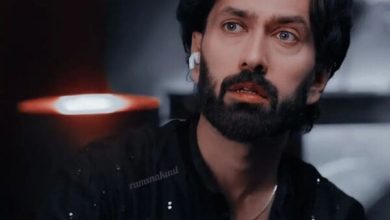