The Episode starts with Batuk saying maybe Batuk and I look same from behind, I m not Batuk, but his elder brother Anirudh, she is my wife, Bondita. He asks Bihari to drop Mallika outside. Bondita says if Mallika is here, then Batuk will also be here. Batuk laughs and asks Trilochan to tell Batuk’s old habit, he tells that he is coming and never comes, he must be waiting for you Mallika, you should go. Mallika says but… Trilochan says Batuk has wings to fly here and there, I will arrange a car for you, you can go. Bondita says no, Mallika is Batuk’s friend, we should welcome her. She welcomes Mallika and says I will show you the room, come. Trilochan asks what all did you do, make Mallika away, else Bondita will know the truth, its dangerous for baby and mum, do something. Batuk says I will do something. Mallika says this haveli is really pretty, I m from Delhi, I had been in Italy, I met Batuk 3 years back, I have trapped him in my love. Bondita says when he comes this time, I won’t let him go. Batuk hears them. Bondita says take rest. She goes. Batuk comes to Mallika’s room and shuts the door. She says I knew it that you will come when she leaves, what game was going on. He laughs and says I came to tell that. He tells her everything. He says that’s why I m doing this drama of becoming Anirudh. She asks really, you don’t do anything that’s not profitable for you, what’s your profit. He says I don’t prove myself to anyone, have food and then leave, I will leave you. She hugs him and says don’t say that again that you will leave me, I won’t let you stay as someone’s husband here. He says I love you. She says I love you too, so I won’t go anywhere.

He catches her neck and says I don’t like to hear a no, just go back to Delhi. She asks can you explain Bondita that you aren’t Anirudh, but Batuk, if I go out, then your truth will come out. Sampoorna says I found that girl strange, why did you ask her to stay. Bondita says just that girl can bring Batuk back, this incomplete family will complete again, now the enmity is over, we can live the old moments again. Sampoorna says yes. Batuk says I love you, I trust you, you won’t tell the truth to anyone, stay here in this room and keep the truth here, you promise. Mallika says I promise. He leaves and sees Trilochan. He says I got scared. Trilochan says your Bijli can shock everyone. Batuk laughs and says I will handle Mallika, she will stay here. They all dine. Mallika comes and greets. She sits. She says its really hot here. Somnath goes to some other chair. Sampoorna covers up Mallika and says there are many mosquitoes, if they bite you then you will get fever. Bondita smiles. Batuk asks Bondita to have green vegs. Mallika looks on. Batuk feeds her. He says this kheer is for Bondita.

Sampoorna says Bondita is pregnant, so Anirudh asked us to give her kheer in a silver bowl. Mallika says thanks, I don’t need any special bowl. Batuk asks how is the kheer. Bondita says really good. Mallika hurts her finger by the fork. Batuk gets up. Trilochan says Anirudh, give me Luchi, don’t dare to go there. Mallika gets angry and leaves. Bondita says stop, listen to me. Trilochan asks Batuk to sit. Bondita does the aid to Mallika. She says you can tell me if you felt bad. Mallika says don’t mind, I got jealous seeing your and Anirudh’s love. Bondita asks why. Mallika says Batuk isn’t such. Batuk looks on. Bondita says he is such since childhood, you don’t know about him. Mallika says you don’t know many things about him after he has grown up. He thinks she can get angry and tell Bondita that I m Batuk. Bondita says I want to know where is he, what is he doing, why didn’t he come. Mallika asks shall I tell everything, leave it, one has to keep secrets of lover, why are you interested in Batuk’s life.

Bondita says because you have become his girlfriend now, I m his Baudi and friend since childhood, I have to meet him and pull his ears, you can help me, you can get him back. Mallika asks what’s the need to call him, he is here. Batuk worries. Bondita asks what do you mean. Mallika says he is in my heart. Bondita says I will send food for you, take care. Batuk hides. Bondita says its a photo locket, it will have Batuk’s pic right, can I see it. Batuk comes and asks did you take medicines. Bondita says you forgot, you gave it to me. He says I forgot it in stress. Bondita takes the locket to open. Batuk thinks does she know my truth. She checks the pic. 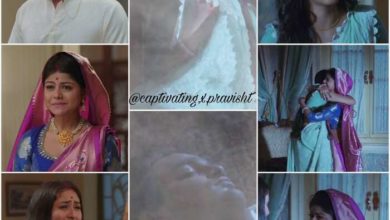 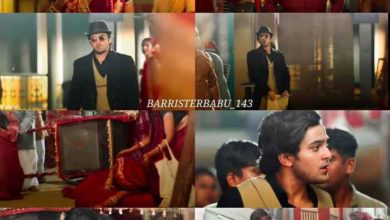 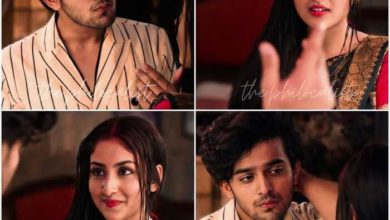 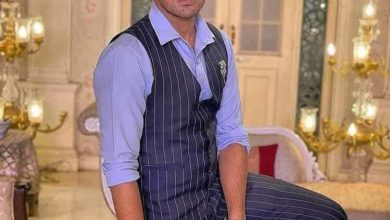