Scene 1
Pakhi says to Mohit I need time to think all this. I still think Agastya didn’t do all that. Ishaan is hearing all this.
Agastya calls Pakhi. He’s worried. He calls Mohit and says it’s not what you think. Where is she? Mohit says she wants to be alone for some time. Agastya says so much is going on. Please tell me where is she? Ishaan sees Pakhi and says hi. She says what are you doing here? He says this cafe is close to the hospital.

He says you look worried. Pakhi says I found Raghav’s location when I went there Agastya was there. I am not ready to believe he can do anything wrong. He says just listen to your heart. Have your favorite ice cream? Pakhi says not right now. He says one bite, please. It falls. Pakhi says let me get another one. Ishaan I also believe Agastya can’t do that.

He’s so smart, if he kidnapped Raghav you and Mohit won’t have found him and would have killed him by now. He is a genius, he stalked you for years and you never knew. Pakhi says my heart is right. Agastya is right. He can’t do it. I can’t leave Agastyta alone. I should go. Pakhi slips. Ishaan holds her. Pakhi says sorry. She leaves.

Scene 2
Mohit says to Prema Agastya hasn’t changed. Samir says see I was right. I won’t let him ruin Pakhi’s life anymore. Shanayya says papa please stop. Samir says I will save my daughter from him.

Bell rings. Agastya opens the door. There’s a chit. It has Pakhi and Ishaan’s photos where she fell and Ishaan held her. Pakhi comes home. She says Agastya.. He crushes the pictures. Pakhi is shocked. Agastya picks a vase. He says you can hit me with this vase but please let me explain. Pakhi says I trust you. I never want to doubt you. I am sorry.

Agastya says I can’t lose your trust. Pakhi says that will never happen. She says what’s this? Agastya takes the envelope from him. He says office documents. Ishaan is angry. He says how are you not angry after seeing those photos. You can fool Pakhi, not me. Agastya comes to dadi. He shows her the photos and says who is trying to create problems between us? Dadi says did you tell Pakhi? Agastya says no I don’t want her to think I am stalking her. I don’t wanna keep her tied. She says do what your heart says. He says I really don’t know what to do.

Scene 3
Pakhi comes to the room. Agastya comes and hugs her. He says I know last few days were very difficult. Tonight will be our night. He gifts her a saree. Pakhi says is it a special day? Did we meet on this day? He says no. Pakhi says what is it today then? He says I don’t need a special day to celebrate with you. 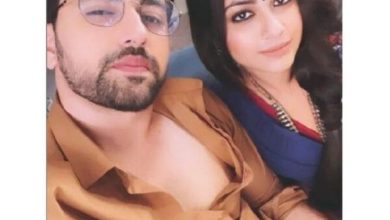 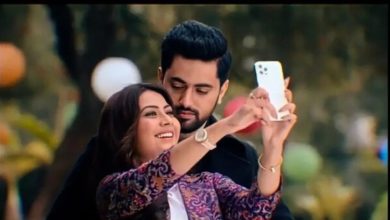 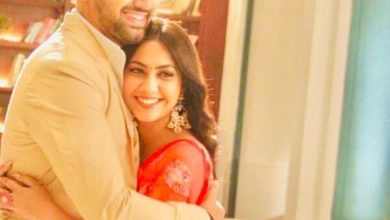