Scene 1
Agastya wakes up and night and can’t move. He says where did Pakhi go? Yug calls him but he can’t pick. A man comes in Agastya’s room with a cap. Agastya says it’s the same man.. He tries to get up but he can’t move. He tries to crawl on the bed. He follows the man. The man goes towards the door. Agastya faints. Mona sees Agastya on the floor in the morning. she screms. They pick him up. Agastya says Pakhi.. Naveli says I haven’t seen her since morning. Naveli says blood. They are shocked. Agastya tries to walk there. He lokos for Pakhi. They come towards the secret door. Mona says what is this? They go underground. Pakhi is tied there. Agastya is shocked to see her.

They all comw down and pick her. Dadi says who did this? They release4 her. Pakhi cries and hugs him. She cries. Agastya says who did this? Dadi reads on the wall you have only 24 hours left to confess your crimes. Dadi says who did it? Pakhi says I couldn’t see his face. I was fainted and when I woke up I was here. He will kill me. She cries, Agastya holds her. Mona says what is security taking money for? Mohit called Pakhi and said I have hacked all the camers. Pakhi distracted the guards and wore the cap to scare Agastya and then tied herself. Pakhi says in heart I played with your mind myself. Agastya picks Pakhi. Dadi says Agastya you’re not okay. Where are you going? He leaves.

Scene 2
Dadi asks pandit ji to do havan in the house for peace. Pakhi gets a call. She says your husband is fainted near the road. Please come here. He’s in the hospital. Pakhi says to dadi I need to go meet my friend. She lives very close. The guards can come with me. Dadi says come back fast. Pakhi comes to the road. SHe says was the dose a lot? How did this happen? A car stops and drags Pakhi in. The guards run after the car. Agastya is in the car. Pakhi says you? He says sorry I had to pick you this way we have to leave India. He throws her phone out. Agastya says someone is keeping an eye on us. They hacked the cameras as well. I can’t risk your life. Pakhi says we have families as well. We can’t leave like this. We can’t risk their lives. Agastya says you mean the world to me. I have hired security for everyone else. We have to go. Pakhi says in heart I need to update Ishaan and stop Agastya from taking us abroad. She texts Ishaan using her phone in the bag. The bag falls. Pakhi picks it before Agastya.

Ishaan says Pakhi’s phone is off as well. Today is such an important day. We have to get Singh released. I don’t know why is she not responding. I feel very scared. Something is wrong. Pakhi and Agastya coem to the airport. Pakhi says let’s leave in 2 days. I will pick my things. How many days are we going for? Let me call papa? He stops her. Agastya says don’t be stubborn. This is the only option. You will get everything. I can’t risk your life. I don’t know who is doing this. You will be safe there. It’s a cold country. A man stops Agastya. He’s Agastya’s partner. Pakhi texts Ishaan. She says I hope Ishaan reads it. Ishaan drops his phone and it breaks. Ishaan says my phone broke. Agastya says to Pakhi we’re only going for a few days. Don’t worry. Pakhi says in heart it will ruin my plan.

Scene 3
Samir comes to meet dadi. He says I thought we should meet before going to London. Dadi asks where is Prema? He says she went to meet her mom. I got this idol for Pakhi. Dadi says she went out to meet her friend. Mona says she doesn’t listen.. so much happened and she still went out? Samir says what happened with her? Mona tells him everything. Samir calls Pakhi and says her phone is off. Which friend did she go to meet?

Ishaan says I can’t contact Pakhi without this phone. I will go to meet Singh alone. Pakhi says to Agastya let me get something to eat. She goes to cafe. She says Ishaan hasn’t replied yet. Agastya sees her putting something in her bag. Pakhi calls him, his phone is off. Pakhi calls Mohit. Agastya comes behind her. He says Pakhi.. She throws her phone. Pakhi says I was looking for wallet. When is our flight? He says in a big. Pakhi says my plan would be ruined. 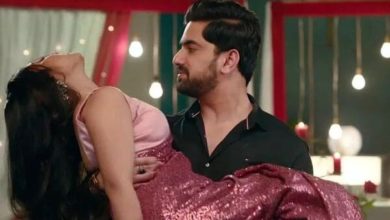 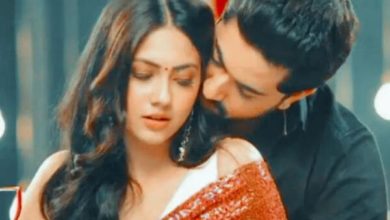 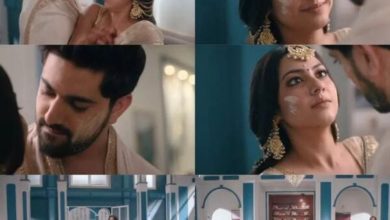 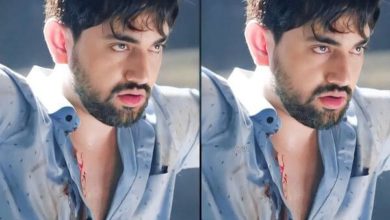