Virat brings candy floss and balloons for Sai and celebrates her success in exam. Devi happily jumps and says even she needs balloons. Karishma comments they will get candy floss instead of sweets. Sai says she will not share her candy floss with anyone. Pakhi comments what can they expect from a woman who hasn’t grown up at all. Mansi asks her to stop criticizing Sai. Samrat says one who are child from within are true at heart. Pakhi frowning asks really? Samrat says their Sai is a kind person and hopes everyone are same, pointing at Pakhi. Sonali reminds how Sai reacted when Virat brought candy floss for the first time. Everyone laugh. Bhavani scolds Sonali not to remind it and warns Sai not to repeat her act. Sai says she wil not as modak brought them for her. Virat says he forgot that she is fasting for him and says he will get her a nice dinner. She says she was feeling hungry and had food, its his mistake that he didn’t come on time, anyways she forgave him for bringing her such a nice gift. Bhavani comments they should learn to making a mistake themselves and forgive someone instead from Sai.

Sai thanks Virat and apologizes him for misunderstanding him. Virat says he hopes she studies well and becomes a big doctor. Samrat hopes same and asks Sai to concentrate on her life without bothering about other’s comments. Pulkit says he explained her same yesterday. Sai says she learnt her mistake and will not doubt anyone. Virat asks what are they talking about. Sai says nothing and says she will enjoy candy floss. Devi requests to share one with her. Sai says she will not except Devi and feeds her candy floss. Devi rejoices. Virat tries to take one, and Sai stops him. Pulkit says he knew Sai and Devi will not share candy floss, so he brought sweets for all.

Ashwini then praises and prays for Sai. Sai tries to touch her feet and take her blessings. She stops her and asks to take Bhavani’s blessings first. Bhavani rudely stops Sai and says she is not happy with Sai’s results as she was just studying without any doing household chores, she will be only happy if Sai gives her a legal hair as promised. Mansi says Sai brought a fame to their family with her studies. Bhavani says there are other family members who brought fame to them already, she wants her bahus to carry forward Chavan family’s lineage. Virat confronts her and says she should value Sai like she values him. Bhavani gets adamant that she just wants a heir from Sai and continues yelling at Sai. Ashwini says she is happy though with her bahu’s studies. Drama continues. Sai touches elders’ feet, then Pakhi’s who fumes stands silently seeing Samrat next to her. Samrat blesses her to succeed in life. Devi asks her touch her feet also and with Pulkit blesses her. Sai then touches Virat’s feet who says he is proud of her and prays for her success.

Mohit asks Virat if they will not party. Virat says they will. Pakhi taunts he will if she stays at home. Virat says he will stay at home whole day and celebrate Sai’s success in a grand way. Sai says he needs to visit office. He says nothing is important to him than her success celebration and he dedicates this day to her. Sonali provokes Bhavani who orders Virat to end this drama as Sai will have celebration in her college tomorrow. Virat says party is a must. Bhavani yells he should write a scripture on Sai. Ashwini says someone will write a book on Sai at least. Bhavani walks away frowning more. Sai asks Virat to cancel the party. He says he will not. After sometime, Mohit, Ashwini, Devi, and Samrat decorate house for party. Ashwini informs Virat that Ninad is returning home and will be happy seeing Sai’s success. Virat gets Shruti’s message and rushes out. Ashwini hopes he doesn’t get busy.

Precap: Shruti calls Virat during party.
Sai picks call and warns her to stop calling Virat repeatedly. Shruti in labor pain requests to let her speak to Virat. Virat asks Sai to return his phone. Sai asks what is going between them and angrily breaks phone. 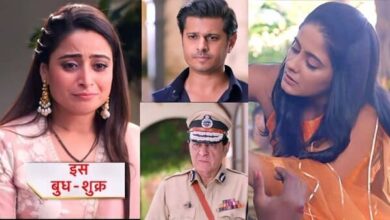 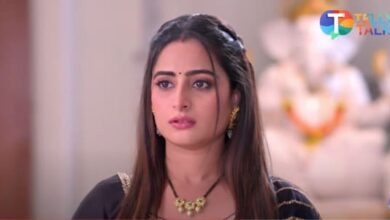 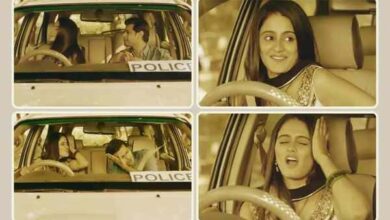 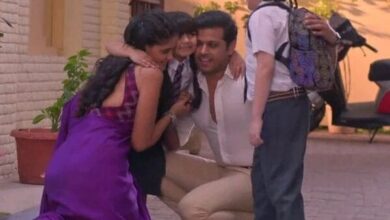 Video’s
Advertisement
Yeh Rishta Kya Kehlata Hai : Akshara to Get to Know the Truth !
5 hours ago