Sai climbs ladder to fix lantern. Virat frightens her from behind. She slips. He holds her. Their eyes lock. She gets alert and says let her fix lantern.

He holds her hand and takes her along. Karishma watches them. Virat shows L/learner’s badge on his car. Sai excitedly asks if he will teach her car driving. He says its a treat for her college readmission. She asks if this car can be hers. He says it can be if she learns driving properly as his everything belongs to her. She stops and the touching his feet takes he blessings. Pakhi notices Sai leaving ladder and lantern unfixed and provokes Bhavani against her

Virat teaches how to use accelerator, brake, and clutch (ABC) to Sai. She jokes its as if he is teaching urdu to her. He fixes seat belt. She drives car perfectly. He praises her that she is a good student. They return back outside home. Virat continues praising her. She happily hugs him. Sonali notices that and yells that they have a room, but are continuing their romance shamelessly on road. She clicks pic to show it to Bhavani. Sai says she is thrilled like she drove Aaba’s jeep for the first time. He says he can be a better driver, but not better than him. She laughs.

Sonali rushes to Bhavani and asks her to see what are Virat and Sai doing. Bhavani asks what did they do now. Sonali says she can’t describes it from her mouth and asks her Karishma to play the pic on TV. She gathers whole family. Bhavani burns in anger seeing that. Virat with Sai walks in. Bhavani asks what were they doing in colony. Virat says he was teaching car driving to Sai. She shows pic and asks if he is not ashamed to do this heinous act in front of whole colony, he didn’t even think of his uncle Nagesh’s dignity. Virat says they didn’t do anything, a friend was just hugging his friend. Bhavani’s continues spilling venom. Sonali and Omkar join her.

Pakhi comments they should question Sai also as Sai took Bhavani’s advice of bearing a legal heir seriously. Sai gets angry hearing that and questions when Pakhi can enter her husband’s room anytime, call him to a restaurant and cry on his shoulder holding his hands, spy on them, why can’t she hug her own husband. Pakhi warns to stop her rubbish. Sai says even she is asking same, to stop bothering her and her husband. Pakhi asks Samrat if he saw what Sai said to her. Samrat asks why they are exaggerating a simple issue, what is wrong if husband and wife hug each other, spying on their personal moment and clicking their pic is wrong.

Sai asks Pakhi why she hides behind her husband always and plays her blame game. Pakhi yells again and asks Virat her and asks Virat if he can’t see his wife insulting her. Samrat says he can see Pakhi insulting Sai instead. Sai says Pakhi has filthy mind and thinks only filthy, Sonali should also be ashamed to click their personal pic and create drama instead of explaining them personally. Bhavani says they are not kids to be explained; instead of doing shameless act openly, she has already permitted them to have a baby. Sai asks she doesn’t have problems with fight in house, but has problem with peace and love at home; she wants a heir even after all this drama.

Precap: DIG tells Sai that Virat was shocked when heard about her accident and truly loves her. Ashwini tells Sai if she thinks well, she will realize why Virat cares for her. Sai returns to Virat’s room thinking she will question him if he loves her as a friend or husband. Virat informs her that he is going on a mission.

Imlie: Aryan Throws Imlie Out of the Office 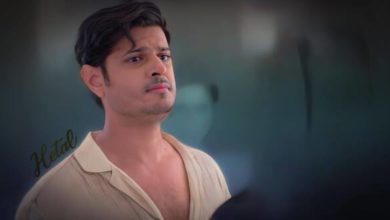 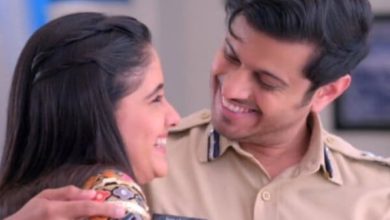 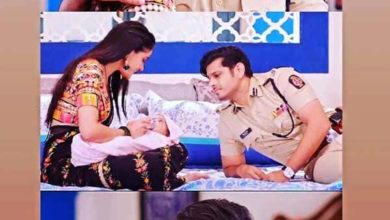 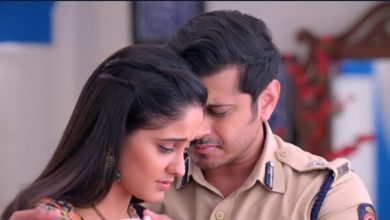