Aryan reaches hospital and asks receptionist about Arpita’s room. Receptionist informs him room number. He hears a boy pleading nurse to get his ill mother admitted, but nurse denying to admit her for not paying fees, gives his card to receptionist and asks to pay even that woman’s bills from his card. Receptionist asks why is he paying unknown person’s bill. Aryan says a person should cry only in 3 condition, 1 when his friend betrays him, another if he couldn’t wipe his dear one’s tears, third one he will tell later; he doesn’t want any debt on that boy and walks away asking again to pay boy’s mother’s and his sister’s bills from his account.

Imlie walks out of Arptia’s room and remembers she forgot to return her ring. Ring falls, Aryan picks it and alleges her that she steals from rich people. Imlie him a a befitting reply in her style. He says she stole his sister’s wedding ring and warns to dare not come near him and his sister again. She warns him to leave her hand or else she will break it. He leaves her and she walks away fuming.

Adi reaches hospital and noticing her walking runs behind her and holds her hand. She gets angry but relaxes seeing him and asks what is he doing here. He says he was in temple and heard her voice talking about hospital, but thank god she is fine. He says he would have thanked god instead. He asks not to taunt him more as he is dying each day without her. She says he shouldn’t bother about a woman who tried to shoot his baby and its mother. He asks not to say that. He says didn’t ask her if she shot Malini or not. She says she will not listen to him anymore. Their discussion continues. He offers her Bhaskar Times internship letter. She tears it and walks away saying she doesn’t trust him anymore and doesn’t need his favors again and walks away.

Aryan enters Arpita’s hospital room and remembers Arpita tying him rakhi, Arvind joking with him, he asking Arvind to tie rakhi to protect even him, and Arvind tying rakhi to him. Out of flashback, Arpita notices him and says she has decided to get rid off her fear. He asks if doctor or panditji gave her this advice. She says someone more sensible, a girl who brought her here, she just went out. He asks if she is talking about ring thief. She says she gave her ring and asks if he misbehaved with her. He remembers and says he just cares for her and his mother and don’t have time for anyone else.

Imlie returns to her hostel remembering her interaction with Adi and finding her room locked goes to confront warden. She finds warden asleep and sleeps on bench waiting for her, then she notices an ant trying to climb a pot and thinks even she shouldn’t lose hope. At Aryan’s house, mother gets worried for Aryan and Arpita. They both enter in. Mother gets happy and dances around them playing Ay Dil Tu Laya Hai Bahar.. song. She then slips. Aryan holds her and asks how is she. She says she is tired and asks how as her dance. Arpita says she danced well. She then asks Aryan.

Aryan says she shouldn’t take a chance as old bones don’t refix soon. She scolds him and says she prepared chat now. He says Arpita is coming from hospital and hence should be given khichdi and not spicy food. Servants serve chats. Arpita says she will not have chat and warns Aryan that she will not have food until he apologize Imlie who studies in City College. Mother asks who is this girl now.

Next morning, Aparna packs lunch box for Adi and Malini. Malini sees a third box. Aparna says its for Imlie. Malini says Imlie is gone. Adi says he will have Imlie’s lunch box. She says she will give it to needy on the way to college and asks him to drop her to college Aparna feels sad. Rupali cheers her up. Aryan reaches Imlie’s college. Principal greets him and asks reason for coming. He says he came to meet a girl who behaves and looks uncultured. Principal says that girl reached her via scholarship and is very intelligent. Arya says if a tiger leaves jungle, he will be kept in a circus and cannot rule on city, and orders to call whoever that girl is. Adi drops Malini to college. Malini notices Imlie and says she shouldn’t misunderstand as Adi just came to drop her. Adi tells Imlie if she had not left home, there wouldn’t have been any misunderstanding. 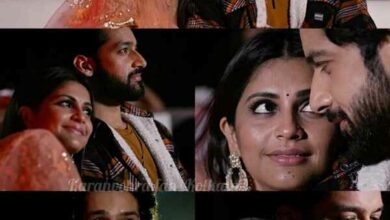 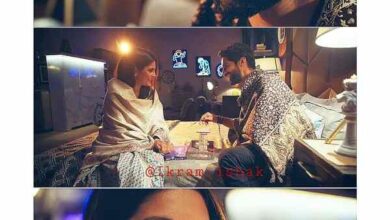 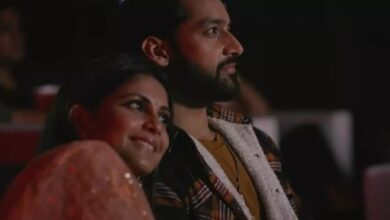