Imlie thanks Aryan for shutting up Anu’s mouth. Aryan says he was doing his job by protecting his staff, she should go and check footage. She checks footage. He says its not exciting and if they print this in their news paper, they will be at risk. Imlie says they should do something exciting. Anu says he should then as there si a lot of masala in this story, Imlie is Malini’s stepsister and her father’s illegitimate child, in fact she is Malini’s husband’s first wife. She taunts Imlie that she should concentrate on her assignment and watch losing her husband to her stepsister. Imlie stands silently. Anu asks her to give some reaction at least. Imlie says she forgot that Imlie does action and not reaction.

Imlie dances on Tere Ishq Mein Hui Awari Main.. song (highlighting her dancing skills). She clashes with Aryan while dancing. He holds her hand. Janiyaaa.. plays in the background next. Imlie dances around him, falls down, and feels ad looking at Adi. Adi walks away from there. Everyone clap after her dance. Nishant tells Rupali that both negative people Anu and Malini are busy, so they should do something positive. Rupali walks to Imlie, sends her to room where Adi is already present, and locks door from outside. Imlie’s colleague discuss that Imlie is missing after dance. Malini hears that and thinks if they talk again, they will reunite, she cannot let that happen as she got their breakup with great difficulty.

Imlie knocks door and calls Rupali. Adi taunts if she is worried that Aryan will gets suspicious. She says he got suspicious on her and questioned her instead. He confronts her back. Malini opens door and asks what were doing in room alone, asks Imlie if she was trapping Adi again with her helpless acting and emotional blackmail. Rupali tries to interfere. Malini warns her to stop and alleges Imlie that she loves spending time with men, earlier Adi, then Aryan, and now again Adi. Adi says she is mistaken.

Malini stops him and says Imlie is jealous and wants snatch her happiness repeatedly. Imlie shouts back that she does same mistake repeatedly. Imlie replies that she never eyed on someone else than her husband and Adi is the evidence. She continues tongue lashing Malini. Adi interferes and says its his mistake that he couldn’t fulfill Imlie’s expectations, Imlie expects better salary and a bigger house, so she is eyeing on Rathore now. He walks away with Malini. Rupali and Nishant feel guilty for putting Imlie in such a situation.

Sundar carries mehandi, clashes with Aryan dropping mehandi on him, and apologizes.
Aryan says its not his mistake. Sundar continues apologizing. Arpita enters saying its Sundar’s mistake. Sundar imagines a romantic song with her. Arpita continues scolding him and gets him out of imagination. Aryan leaves. Sundar offers Arpita to get mehandi applied.

Arpita remembers her husband’s fire accident and walks away. Sundar offers Aryan his clothes to change. Aryan gets into a room and hears Harish speaking to his creditor and pleading to give him 1 month to repay his loan and not inform anyone about it. He thinks he will use Aditya’s family to destroy Aditya, but will let him enjoy his marriage first.

Precap: Aryan and Imlie dance together as DDLJ’s Raj and Simran while Adi and Malini watch jealously.. 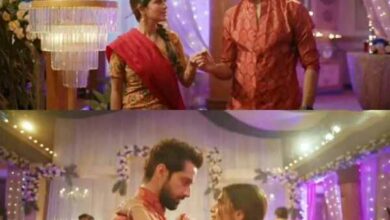 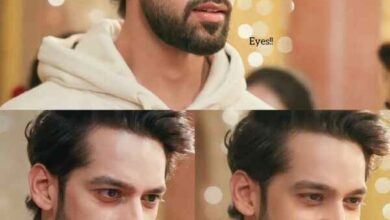