Ahsan welcomes Katha in the office on last time. He questions her for not attending his calls. Katha knew his reason of calling and didn’t want to talk about it. Ahsan agrees to give his friend some space but than questions her for not telling about having an offspring. As a Mother Katha has her reasons. Ahsan wonders how she managed it. Katha asks his not to worry, she had an army with her. Ahsan calls her a liar. A staff member takes Katha for the final signatures. The employee gets a call after which she asks Katha to wait in her cabin, she will come to Katha there.

Katha goes to her office breathes heavily after sitting in her chair. Viaan enter the cabin, informs that as the CEO he takes the resignation interview, it’s the process. He didn’t call her to his cabin owing to their past. Katha is equally uncomfortable everywhere because Viaan owns the entire office. Normally, the question of the why someone wants to leave is asked in an exit interview, but he will not asks Katha that as she is being terminated. Though Viaan has fully aware of the fact that he is the reason she is leaving. He asks Katha to reach out to anti-harassment cell in this office, the information shared will not come out.

Viaan is ready to face the consequences of it. Katha asks if the interview has ended. Viaan asks her to wait, he has come wat down but owing to his business there is one other question. He asks Katha for giving up a job because of him when she was able to fight a cancer case. The Dubai project has Katha written all over it, she doesn’t have to take it away from herself. Katha claps for the speech. Viaan assures that he isn’t a criminal and will not repeat the same mistake again. He understands the he was wrong because of his personal issues. Katha faces harassment because of his biasness, he should have accepted for refused to lend Katha tha loan but rather chose to test her to prove his biasness wrong.

Today, Viaan has only thought about Katha, he isn’t claiming to know Katha but according to her Viaan is no one to control or claim her. Katha is someone who gave her heart and soul to this project, rejected a 1 crore bribe from Pyramid for, fought her son’s cancer can fight for anything but not let her right be taken from her. She has the choice to throw this termination letter away and lead the project according to her condition. Afterwards, Viaan leaves the cabin. Katha takes some deep breathes. The employee invites Katha to come as the team is ready for the handover.

Katha explains the project details to her team. The team members have a lot of questions. Katha asks them to evolve with every step. Another question comes about not having any experience about sand. The team calls it impossible. The clients asked for the impossible. Katha suggests them to leave something for the instincts. The team has no faith. Katha will email everyone about the details. Everyone leaves. Jeetu tells Katha that he only considered Katha the soul of this project. Katha should give it another look, the entire projects is a reflection of Katha. Jeetu asks her to stay for the project if no for anyone else. Katha recalls Jeetu considering work projects his children. Katha looks at the presentation.

As she leaves the office she overhears the team members considering it an impossible task to complete in Katha’s absence. Team members are worried about their job, on shares about his daughter cerebral palsy, and the other paying house loans. The team needs to show some enthusiasm and courage like Katha. After wiping her tears and recalling Viaan’s advise she visits his office.

Viaan is shocked to see Katha. She puts her back on the chair and tells Viaan that she is here to take back her job and hopes and she wouldn’t get another reason to resign. Viaan shows his joy to hear the news. Katha is standing here because of Viaan’s long lecture. Unlike others, Katha doesn’t live with guilt. She suggests fixing their scores. Viaan agrees, sits down than stands back. Katha wants Viaan to apologize to Katha. Viaan starts apologizing. Katha wants his actions to speak for it. Katha has some non-negotiable conditions as well, her projects her deadlines, she cannot be a workaholic person, Viaan will not tell her what to do. Arav is more beloved to her than Viaan’s ten companies.

Viaan agrees to them all. Katha asks if he is chair of anti-harassment cell. Viana assures that he will not head the session in Katha’s case. Katha has no issues, she informs him about an employee who mentally, physically and emotionally exploited her. Viaan should ensure that Katha isn’t asked to work with that employee directly, that’s her right. Viaan agrees. She clarifies that she hasn’t forgiven for changed her point of view, keeping her hate for Viaan she is coming back for herself and the work. Katha leaves. Viaan looks over everyone hugging Katha and Ashan rushing hug him.

Ahsan hugs Viaan. He did it for the project, it was Katha’s decision. Ahsan feels a relief, he hugs and kisses Viaan. Ahsan calls for a board meeting. Everything is fine if Ahsan and Katha are happy.

PRECAP: Viaan can not endorse an office environment where woman feel endangered. The office should not grant growth to only those who have no other responsibilities. The absolutely wonderful women who cracks the best project must not fell hesitant in this office. Viaan pledges to make this office a better place for women to work in. Ahsan asks Katha how she managed the money.

Katha Ankahee : A Start of Something New for Katha & Viaan ?

Katha Ankahee : A Start of Something New for Katha & Viaan ? 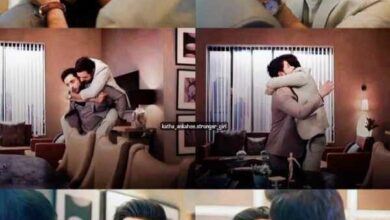 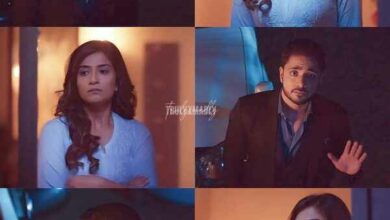 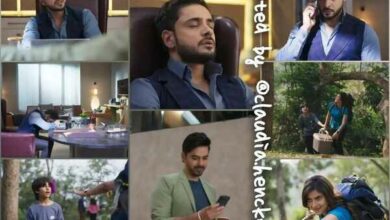 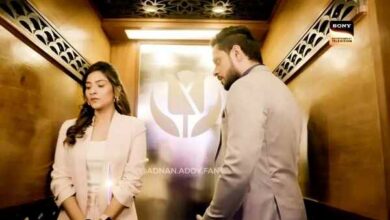