The pooja starts, Dev along with Sonakshi are performing it followed by Neha, in the office and then Vicky, they all greet each other happy Diwali, then Dev asks Neha to give Sanjana her gift, she however explains how can she take it since now even she is a member of the family, Dev hearing this turns asking Sanjana to take it since this is a tradition of the company and every employee gets a gift, Sonakshi also asks Sanjana to take it asking if she did not hear what Dev said, Sanjana is not able to believe it.

In the room Sanjana takes out the gift, she smiles seeing it but then wonders why Dev sir called her as an employee since she is also a member of the family but even Sonakshi doesnot leave nay chance, she would not let her go away so easily since she is cleverer then Sonakshi, she must now give her a surprise in the celebration of Diwali.

In the night the children are running when Ishwari asks them to not ruin her Rangoli since otherwise they would be punished with a slap, she sits down when Neha comes, Ishwari exclaims she is looking really beautiful so hugs her, Vicky also comes with Radha, they greet each other, Vicky asks about Dev and Sonakshi, Ishwari explains how they both are still getting dressed, Radha questions why did they get so late, Ishwari asks her to understand that it is the moment of celebration.

Dev is helping Sonakshi with her sarree, he comments her saying she is looking like a bomb, Sonakshi gets awed by the comment exclaiming it is really cheap, he questions if she would like it if he calls her hot, he asks what does she think of him, is he like a bomb, she doesnot look at him which angers Dev so he puts away the mobile exclaiming she should talk with him, Sonakshi explains she is waiting for an important call, Dev starts teasing her, she asks him to mend his ways then pushes him back so he falls on the bed, Sonakshi starts laughing, Ishwari calls them both to come downstairs.

Dev and Sonakshi are walking down the stairs, he sees Sanjana coming straight towards him dressed for the function, she comes to stand Infront of him, Dev holds the hand of Sonakshi taking her away from Sanjana while he is left watching them both, Sanjana walks behind them with a smile as they are not aware of her plans.

Sonakshi and Dev both greet Ishwari happy Diwali while taking her blessings, Dev exclaims she is looking really beautiful, Ishwari asks how she would look beautiful at such an age, Sonakshi asks why not since she is like the wine which gets more beautiful with age, Radha exclaims she wants to give Dev a compliment and so mentions how they both are really beautiful but then says it wrong in the end which gives everyone a smile.

The children are saddened to see that all the boxes are filled with chocolates, Neha comes asking what is wrong since they really like them, when Aayush explains that the happiness for today is the crackers, Sanjana brings the box with all the crackers when Sonakshi brings another box mentioning they are the crackers which they should light up as this way nothing wrong would happen in the house, the children start to light the crackers, Dev goes to help Soha so that she doesn’t burn her hands, Sonakshi is looking at them both, Dev sees her so going to her asks if she is missing her father, Sonakshi replies that he would teach her each and every thing but now she sat beside him holding his hand but not felt anything, Dev assures her everything would be sorted.

The children then start the crackers, Dev even asks Neha to light them but she refuses, Dev asks Ishwari to see how she is still scared of them, Neha agrees so sits down to light it, Dev scares her from behind, Ishwari asks him to stop, he agrees to help her light up the crackers.

Sanjana going into the corner questions why it took so long for the breaking news to come as she has been waiting for it, Sonakshi also on the other side calls the person whose contact she found in the house of Rena, however the person immediately ends the call
Shuv calls them all to come and see that Dev is on the television with the friend aunti, the entire family rush inside and are shocked to hear the news which says that the business tycoon Dev dixit is having an extra martial affair, Ishwari asks Neha to take the children inside, Sonakshi questions Dev asking if it is the truth, he tries to explain that it is not like it seems however Sonakshi just desires a dixit response, Ishwari is not able to stand, she sits down, Dev tries to help her however she signals him to stay back.
Neha in anger questions Sanjana if this was her true face, they helped her but never asked for anything in return, yet she repaid them like this by ruining the family reputation, Sanjana asks Neha to listen that someone spiked their drink after which she doesnot remember anything, Radha asks what is to listen when their family name was ruined because of her actions, it is her fault since she insisted with Ishwari to allow her to stay in this house, Dev tries to explain it was all just as what Sanjana is saying but Sonakshi explains that she doesnot care About her but trusted Dev yet he broke her trust and even when he said that they both would mend everything how can they fix such an act.

The worker comes explaining that he tried his best to stop the reporters from coming inside but they did not listen to him, they all come to ask Dev if he really had an affair with Sanjana, they have come to know that he even had a lot of marital problems in his life, but Vicky manages to send them away.

The entire family is tensed, Sonakshi comes with the bag and is about to leave, Ishwari stops her holding her hand, Sonakshi requests her to not ask for something which she would not be able to give, Ishwari standing asks why she thinks she would have to leave this house because she has done nothing wrong and if someone will leave then it would be the person because of whom their reputation as a family was ruined, Ishwari explains that a mother can stand with her son if he is speaking the truth but she cannot shield him knowing he has made a mistake, she doesnot even want to talk about Sanjana, Ishwari leaves the hall covering her face so she can wipe off the tears.

Radha going to Sanjana asks if she would have to reveal it on the news, she orders Sanjana to leave the house, she follows Dev who is walking ahead of her, Sanjana thinks how this a house as she had made it into a scrap yard and now Dev would be her partner.

Precap: Dev sitting Infront of Ishwari explains this is also by Sanjana doing as she spiked their drink and is behind it all, he explains that now Ishwari would have to take some important decisions, but she must not worry nor should she back down as she is their strength, Ishwari is really tensed about what is happening. 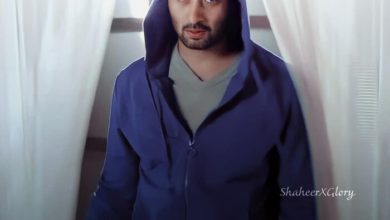