Preeta says he is so scared that he has realized the property on which he has illegally occupied is now getting out of his hands, she asks what has happened to him, Preeta takes the papers from Sherlin.

Karan rushing down the stairs calls the name of Preeta, he in excitement rushes towards her, immediately hugging her, Dadi including everyone is left shocked to see him, Karan however is smiling while hugging her but she is not able to understand what is going on, he with a smile holds her head once again hugging her, Prithvi is also really frustrated, karan exclaims he knew she would come back, he knew that she realized she made a mistake, she came to apologize, Preeta tries to help him when karan exclaims there is no need since it is her house, now that she has returned, everything would be sorted. Preeta says she has not come to apologize, Karan mentions there is no need, he is hugging her mentions he missed her a lot, Karan says he really missed her for the two years in which she was not with him, he felt like when he would wake up, she will be beside him, but she was never there.

Karan exclaims that he has drank a little but today is feeling a lot dizzy, Preeta asks if this is why Prithvi has taken control of their property, karan exclaims that he would not have drunk it had he known Prithvi would take over the entire property, Karan mentions they all missed her a lot including Rakhi, Mahesh and Sameer, he exclaims that everyone reacted because of him, he apologizes to Preeta mentioning it was his mistake, Preeta is not able to realize anything, he says that he has been talking so she should at least take his name, Prithvi tries to call Preeta, Karan orders him to shut up exclaiming they are talking and she is his wife, everyone is tensed when Natasha thinks karan has not left his better half till now, what will happen of her as Preeta entered at the wrong time.

Karan says prithvi should only speak when they are finished talking and Preeta also desires to talk wit her, Preeta asks karan to finish what he was talking about, karan once again exclaims he loves her, hearing this Preeta is also not able to control herself so starts crying, he then falls to the ground getting unconscious, Preeta is left standing on top of him, they all are just standing there.

Preeta entering the room is still thinking how Karan said that he really missed her and thought she would be beside him in the bed but she was not with her, he even stood for her in front of Prithvi after which he finally exclaimed his love for her, she thinks what has happened as even when she desires to love with him, she cannot so came here to make them all believe she has only come to take revenge from them all for the humiliation and take what belongs to her, she wonders where has life brought her.

The entire Luthra family make Karan lie down wondering what has happened to Karan as he once again fell in love with Preeta after seeing her, she says that he was apologizing to her when she should have been the one, Sherlin also exclaims she is feeling really worried about what Karan said, even Kritika is worried as she also thought that Karan would be mad with Preeta, but he expressed his love for her. Karina mentions he was under the influence, Rakhi disagrees saying that it is not the truth when he clearly said that he burned all the clothes of Preeta, mentioning what happened two years ago was not right, the truth is that they both still love each other.

Preeta in the room also exclaims she even loves him, she sitting on the bed is calm as she ahs made the right choice after coming back into the family, Rakhi maa also wanted to see her when she also missed her, she was not even able to forget Karan for a single moment, Mahesh papa loves her a lot and she loves him more then that, this love is enough to give her the strength to fight any cause, she can bear the words of Karina bua and the anger of Dadi but she cannot accept Prithvi in this house for even a single moment.

Karina exclaims she has started once again as Preeta just entered this house but she feels Rakhi did not clearly herd what she said, she has just come back for the sake of money, Rakhi says even karan says he hates Preeta but the problem is that they both say something else but in reality their hearts say something else, it is just an act, Rakhi asks if she did not see their love, Karan after seeing Preeta hugged her and even Preeta loves him, but they cannot say it. Natasha thinks they both are stuck in each other, but Preeta and Karan are still in love, she thought that Karan would take her to NewYork and open the dance academy,
Sherlin thinks this drama has once again started so she should see what Prithvi is doing.

Dadi mentions she from her own mouth said that she has come for the sake of money, she can throw them out at any moment and would treat them like servants, but Rakhi says this is not true as Preeta is not like Prithvi.

Prithvi entering the room pours a glass of wine and throws to break it, Sherlin coming asks him to calm down but he says that she should leave but Sherlin asks him to calm down as then he would think what to do with Preeta, Prithvi says that tomorrow is the biggest day of his life since he is entering the real estate business, he has thrown a party which is not that simple and if Preeta takes over the business of the Luthra’s his plan would be ruined, he would kill Preeta if he has to for the sake of the business.
The Luthra’s are standing when Preeta calls Ganesh, he calls her Bhabhi, Shelrin says he should call her as Master, Preeta questions why she is so frustrated since now Preeta has come back, Karina mentions that she has not seen a shameless person like her, she tops the list of all those people. Preeta replies that she doesnot care about what anyone thinks since she is the new owner of the house, Kritika asks how she can talk like this when Preeta replies she doesnot care for anyone. Prithvi coming asks what is going on as he should be told about it all, Preeta assures she is not firing him from his job, she asks the guards to not allow anyone to enter the house without her permission, she sends them away, mentioning she is now feeling dizzy so is going to sleep.

Preeta asks Prithvi to earn all the money which he has spent in the past six months as she has seen the details. Prithvi mentions it can only happen when he will accept her as the owner, Dadi also says the same and even Karina, Kritika are not ready but hearing this Preeta says she is not asking anyone for their permission, if anyone has any problem then should leave this house, at once hearing this everyone is stunned. 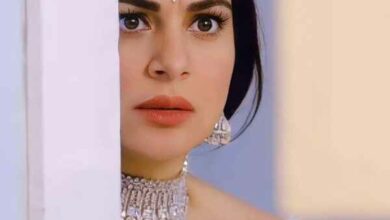 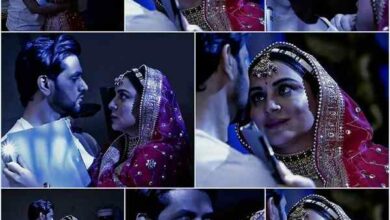 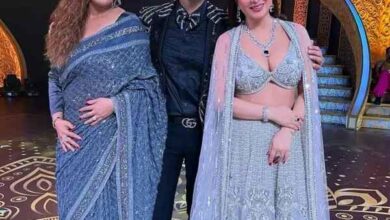 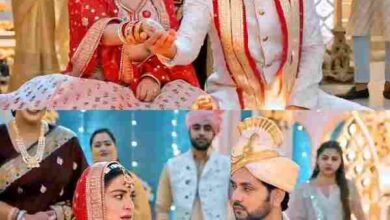