Sandesh knocks the door. Preeta hears that and she informs Sameer about Sandesh’s arrival. Sameer gets ready in the washroom. Sandesh feels like something bad going to happen. Srishti calls Preeta and asks her to open the door. She tells her that Sandesh returning. Sameer comes out of the washroom and takes Sandesh inside the room. Preeta sees CCTV footage of their conversation. Prithvi enters that hotel.

Preeta comes out of the room wearing veil and drops the money bag deliberately so Sandesh could see the money. Sameer praises Preeta’s timing in his mind. Preeta goes inside and sees the footage. Sameer tells Sandesh that his sister dropped the bag by mistake. Preeta asks Sameer to let Sandesh put the money inside the bag. Sameer acts like his back pains and asks Sandesh to put the money inside the bag. Sandesh puts it. Sameer says that he got wrong information that Sandesh will do his job. Sandesh tells Sameer that everything is fake in Karan’s match-fixing case.

Sameer asks Sandesh to explain about fake match-fixing. Sandesh tells him that he is getting late and moves from there. Sameer stops him and tells him that he wants to take revenge on Roman. Because Roman promised to marry his sister but he married someone else. He asks him to frame Roman in fake match-fixing case. Sameer opens the door to collect water bottle from hotel staff. He gets shocked seeing Prithvi there and closes the door. Srishti notices Prithvi and hides from him.

Sameer asks Sandesh to say something. Preeta informs Srishti that it’s time for the latter’s entry. Srishti knocks the door and Sameer opens it. Srishti tells Sameer that it doesn’t looks like Sandesh can do their job so they should hire someone else. She takes the money bag from Sandesh. Sandesh tells her that he framed Karan in match-fixing case on Prithvi’s behest. He explains her that how they framed Karan. He agrees to make a deal with Sameer.

On the other hand, Natasha tells Sherlyn that she will end up in danger if she left Luthra house then and the latter knows that from where she came. Sherlyn tells her that nothing will happen to her. She packs her luggage and asks to not contact her again. Sandesh makes a deal with Sameer. He gets money bag from Srishti and leaves from there. Preeta comes out and says that now they have proof to prove Karan’s innocence. 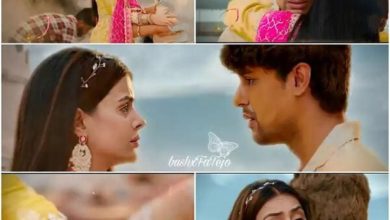 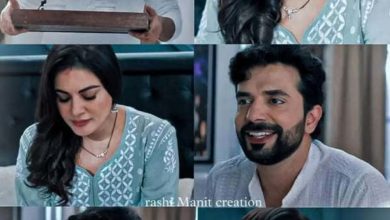 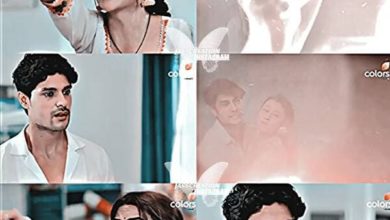