Purvi checks Satyam’s room. She finds Renu’s ghungroo’s there. It means Kanha ji is with me. Renu Didi’s past will guide me ahead. Hirabai said that someone spoke to her about Renu Didi’s deal with Sheikh. I might find out something after speaking to her. Your end is near now, Satyam!

Purvi comes to the brothel. HIrabai recognizes her. isn’t your family content after insulting me? I wont do it to you too. My doors are open for everyone. Purvi says I wanted to speak to you about Renu Didi. She is let inside. Purvi tells Hirabai she is sure it wasn’t a suicide. She dint even slip from terrace. Did Renu tell you anything about Satyam? I doubt him. Hirabai says she dint contact us since she left brothel. She might have spoken to her friend Poonam though. You can speak to her. Purvi asks her where she can find Poonam.

Satyam tells Anjali and Yogi to eat. I don’t feel like it. Yogi requests him politely. Satyam asks him how he can eat in this house when he is being accused of killing his wife. Anjali requests him not to take Purvi’s words otherwise. She is disturbed by everything. She does not know what she is doing. Satyam says I know. I even care for her as she is our family member. I have discussed her behavioural pattern with my numerologist. Yogi asks him what he was advised. Satyam says I have been advised to leave the haveli as my situation can worsen otherwise. Yogi takes responsibility and requests him to stay. I promise you it wont happen again. Satyam says Purvi Bhabhi did that under stress yesterday. doc believes that she should get treated on time or she can harm anyone. You can consult the doc if you want. Yogi nods. Doc must have thought it through.

Poonam admits in front of Purvi that she was in touch with Renu. She dint anyone here to find out about it though. She wanted to live a normal life as a wife and mother. She came to meet me when her marriage was fixed. She gave me her ghungroo saying that she does not need them. She took them back some time ago though. Purvi asks her why. Poonam shares that Satyam enjoyed watching women dance. She took them back so she could dance in front of him. It is between husband and wife but she told me that Satyam and Renu’s favourite song is Maar Dala. Purvi finds it weird. Her old life dint leave her behind. Purvi asks Poonam if she knows something else too. Poonam nods. Renu told me that Satyam is afraid of dark and ghosts since childhood. He aspires to go to Canada. He wanted to take her to Canada. She also told me that he does not even wear a gold chain. She even removed hers and kept them aside so he wont feel bad. Satyam was against keeping the jewellery in safe. He wanted her to look beautiful always. Purvi thinks that Satyam knew that Renu Didi kept her jewellery in safe. Did he kill her for money? I must find out soon.

Doc tells Anjali and Yogi that thye must treat Purvi soon or she can lose her mental balance. Anjali says she isn’t mad. We have been through a rough phase. Purvi has held our family together. We will fall apart if anything happens to her. Doc gives them a prescription. Give her medicines if you want her to recover quickly. Anjali knows she wont take medicine as she doubts Satyam highly. How will she take medicines then? Doc advises her to mix medicines in Purvi’s food. That’s what some of my patients do as well. She wil be normal in some time then and you can stop giving hr medicines. They agree and leave. Satyam comes out from other side of the room. Doc tells him this isn’t right but Satyam pretends to hit him. Doc gets scared. Satyam tells him not to lecture him about right and wrong. We should always do what makes us happy. Purvi wont be able to do any harm to me after being proven mad. These medicines wont help her anyways. They will make her ill instead. Doc gets tensed. Satyam tells him that his men will drop his daughter safely at his home now. He leaves.

Anjali asks Purvi where she was once she returns home. Purvi tells her that she went to meet Hirabai in brothel to find proof against Satyam. I know it is Satyam who has killed Renu Didi. Mukhi ji cannot do such a thing. Anjali thinks against pushing her any more. She tells Purvi that she knows how worried she is. You aren’t eating or taking care of yourself. Take care of yourself too. Purvi says I will be at peace after finding out the truth. I thought Yogi Bhaiya and you will understand but. Anjali cuts her mid sentence. I don’t want to discuss this. Purvi says how this will resolve then. Anjali calmly advises her to ignore all the negative thoughts that come to her mind. You aren’t taking care of yourself. Rest for some time. I know you haven’t eaten anything. She goes to bring food for Purvi.

Purvi comes back to Satyam’s room. Satyam knows that Renu Didi hides her jewellery in safe. He might have either stolen them already or he would be planning to do it. She finds the code of the safe in the red diary kept underneath the safe after checking the cupboard. She opens the safe and is shocked at the sight. Safe is empty. She finds a receipt from jewellers. It is a bill of 27 lacs. I was right that Satyam has sold everything. No one believed me when I was shouting outside. I will show this receipt to Bhabhi now. She gets happy thinking that she will finally get to expose Satyam. I will bring you home safely, Mukhi ji.

Satyam comes to meet Virender in jail. Virender asks him why he is here when he thinks of him as his sister’s killer. Satyam tells him he is mistaken. I am sure you cannot kill your beloved sister. Virender asks him why he sent him to jail then. You were shouting at police to take me away. Satyam says you must have heard that God helps those who help themselves. I saved myself by sacrificing you. Virender walks up to him in shock. What do you mean? Satyam says I put my blame on you. It was me who has pushed Renu! 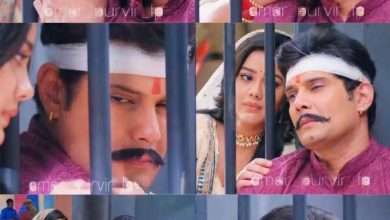 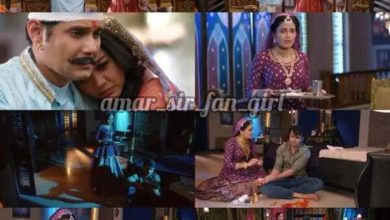 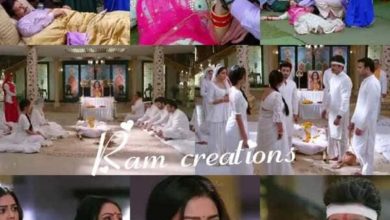 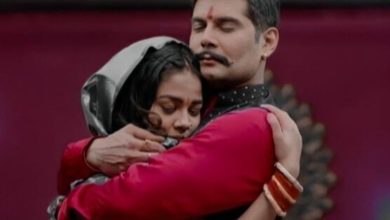