Sakshi says our time and plan are on track. Well done, Arjun. You are doing great. They shake hands. Sakshi says things are going just the way I had planned. Now I will get Purvi out of Mukhi ji’s life and I will make my family mine once again. Molkki’s time is up and mine begins! Arjun praises her on her plan. No one would even think that you are behind this. What’s your problem with Purvi? Sakshi says she is the one who snatched my husband and my kids from me. I hate her. I pretend in front of everyone that she runs my family better than me but it enrages me to the core. I hate her immensely. I wanted her to separate her from Mukhi ji permanently but that day Daksh got shot instead. I would have killed Purvi that day otherwise.

Flashback shows Sakshi reaching the hotel when Daksh, Purvi and Virender were staying. She asks for Dhwani’s room number from the receptionist who asks her to wait. Sakshi says it’s been too long, Purvi. You must have thought that I have given up but I had to come back to take my Mukhi ji and family from you. I had thought that you will marry Daksh after the accident and I will come back to Mukhi ji. I cannot give you another chance. I want my family and Mukhi ji back at any cost. He is my life. I will end your life today to get him! She looks at the gun. Get ready to die, Purvi! Receptionist tells her that she cannot share the room number of their special guest. I can make you speak to her. Sakshi declines the offer. She heads upstairs. She notices Anjali and Prakashi going somewhere and decides to follow them. They might take me to Purvi. She finds Nani, Prakashi and Anjali outside while Virender tries to stop Daksh from hurting Purvi. God has given me a great chance. Now I will kill Purvi and get Mukhi ji back. She gets worried seeing Virender so angry. I must do my work before he shoots Daksh. Prakashi and Anjali move away. Sakshi takes out her gun and aims at Purvi. Virender is aiming at Daksh’s shoulder but Daksh keeps shifting. Purvi pushes Daksh away and he gets shot by Sakshi’s bullet. Virender’s bullet falls in the base. Sakshi panics.

Sakshi says I had to change the plan a little when Daksh got shot. I switched the guns when I realized that Mukhi ji and my gun was similar.

Arjun shows the gun to someone in the court to find out which one of them belong to Virender. he shares that the bigger one is used by Mukhi ji’s guards. Mukhi ji has never used the smaller one till date. Flashback ends.

Sakshi says I wanted to kill Purvi but Daksh ended up dying instead. Poor Mukhi ji got stuck in jail so I had to change the plan. Arjun smirks. You met me then. I needed money and you needed a lawyer. You hired me even though my license has been revoked. Sakshi says it does not matter to me. I needed someone who could help me separate Purvi from Mukhi ji. You did that very well. you trapped her so badly that she could not get out of it. I was worried that she might back off so I made the kids hear about it too. I wanted them to come to you for help.

Flashback shows kids looking at Sakshi and Purvi from the stairs when Arjun had refused to take the case initially. She intentionally tells Purvi they must make sure that Arjun accepts their case at any cost kids overhear them and decide to approach Arjun. Flashback ends.

Arjun says you hit bull’s eye with that move. You showed that I accepted the case because of Juhi and Manas as they had helped and saved me. Your idea was amazing. You invited me over to haveli. Sakshi nods. Purvi began to find out your truth then only. It was very important for her to know that she must accept your every condition to save Mukhi ji. I was the one who had told Manas to hide in your room as I wanted Purvi to find the bullet in your room while looking for Manas.

Flashback shows Sakshi telling Arjun it is time. I have told Manas to hide in your room. Sakshi brings food for kids but they are sitting sadly. They tell her that they have decided to play hide and seek but haathi knows every possible place where they can hide. Sakshi agrees to think of a new hiding place. She sends Juhi to bring milkshake for both. Sakshi tells Manas to hide in Arjun’s room once Juhi leaves the room. She also tells him not to tell anyone about this. He agrees. Sakshi asks Arjun if he knows what needs to be done next. He nods. I know why you have hired me for this case after all. Flashback ends.

Arjun says I was worried that Purvi might say no to marry me. Sakshi says even I was hesitant but I was positive that she will give in when she had gone to market with you. Mukhi ji could not believe it that his Bawri chose to marry you over him when he came back to haveli. He was stunned while I was at peace. I was happy but I was still scared as Purvi had started to find ways to expose you.

Another flashback shows Sakshi calling Arjun on the first night when Purvi had left haveli. She tells Arjun that Purvi is very smart. She has told me that she will find proof against you asap. Mukhi ji is also sure she is hiding something. Our plan will be ruined if they join hands again. We must stop them at any cost. Arjun assures her that he will take care of Purvi. You should focus on your Mukhi ji. She agrees. Don’t forget that Purvi is not dumb. She will make her next move soon. He agrees.

Sakshi says Mukhi ji still feels that Purvi is hiding something from him. He is anxious and wants to be with Purvi and kids asap. Arjun says it worked in our favor too. Kids called Virender on their own.

Flashback shows Virender telling Sakshi to pack prasad for Purvi and the kids as he is going to meet them. Sakshi comes to kitchen and is angry that Virender still wants to meet Purvi after whatever happened. She sends a message to Arjun telling him to be alert as Virender is coming there.

Arjun says we wouldn’t have gotten anything if you hadn’t told me that Mukhi ji is planning to take the kids with him. Sakshi says I wont let it happen. I have been fighting this battle since so long. I will win now. I have told you everything beforehand just to make sure we are a step ahead of Purvi and Mukhi ji.

Flashback shows Sakshi calling Arjun. He goes aside to speak to Sakshi. She tells him about Virender’s plan. Look after the kids. The one who has Juhi and Manas will win this game. Arjun agrees to take care. Flashback ends.

Sakshi says Purvi brought Radhika out of nowhere when I thought we had almost won.

Purvi calls Sakshi and tells her about Radhika.

Arjun says I thought Purvi is weak but she brought Radhika out of the blue.

Flashback shows Sakshi calling Arjun and informing him that Purvi has find out everything about his past. We have only 2 days. Purvi will submit all the proofs in court in 2 days and will send you behind bars. We should do something today itself. Arjun says Purvi might gather proofs but she wont be able to do anything to me. I will punish her now. Kids will come to our rescue now. Flashback ends.

Arjun says I kidnapped the kids and hid them away to stop Purvi from acting over smart. Sakshi smiles. I cannot tell you how happy I was when I saw Mukhi ji scolding Purvi. Arjun admits that he hasn’t seen a stubborn, selfless and determined girl like Purvi ever. We would have been exposed if you hadn’t informed me that all 3 of you are heading to police station to register a report against me.

Sakshi sends a text to Arjun.

Sakshi praises Arjun on the timing when he had called Purvi. I dint have to do much. You used to switch places and plans whenever I sent you a text informing about Purvi and Mukhi ji’s whereabouts.

Sakshi heads to her room on the pretext of bringing Manas and Juhi’s photo once Purvi had found where he was. She immediately calls Arjun and tells him to leave the place with the kids asap. He agrees. Flashback ends.

Arjun says Purvi thinks she is smart but her enemy, Sakshi Pratap Singh, is smarter than her. It is impossible to win over you. Sakshi says a wife can go to any limit to win her husband and kids. I am doing the same thing. I had started this game and I will end it by winning my husband and kids. Now you will ask Purvi to come to construction site with kids. Kids will meet me before Purvi. Mukhi ji will be then sure that that Purvi was lying and he will throw Purvi out of his life. I will get Mukhi ji and kids and you will get money. Neither you nor Purvi will be seen here again! 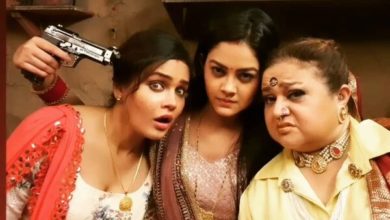 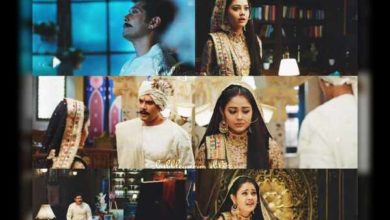 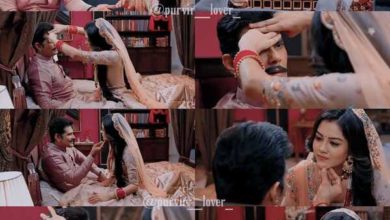 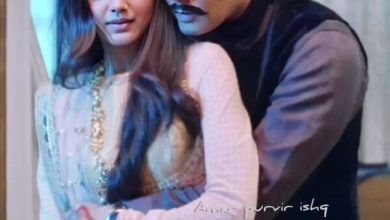