The Episode starts with Raj calling Choti and saying sorry. Choti says accepted. Raj argues with her. She says I missed you a lot, I will come tomorrow and prove it, give my love to Manmeet. He ends the call. Manmeet asks what did she say. Raj says she gave you a lot of love. She says I m very happy, you are becoming mature. He jokes. She says I m tired, I m going to change. Nirali gives medicines to Bhairav. Bhairav says you have gone to office for some time and got a profit of 6 lakhs, amazing, you and Manmeet will make Raj out. Nirali laughs.

He praises her look. He says think next time before doing this, who are we, what’s our tradition. She says I thought you are praising me, you did this to teach me a lesson. He doesn’t answer her and lies to sleep. Its morning, Manmeet asks Bhairav about his health. He says I m good. She asks about Nirali. He says she might be getting ready for office. She sees Nirali in the kitchen. She goes to offer help. Nirali says no, I will manage. Manmeet says you were coming to office, right.

Nirali says I dreamt of becoming a police officer, I told my dream to dad, dad got me married to Bhairav, then I stopped dreaming. Manmeet says but this is not a dream, but your own company. Nirali says yes, this house is also mine, its imp than the company. Bhairav hears them. He calls out the servant and acts. Nirali says I m getting the breakfast. She explains Manmeet. She says if anything happened to Bhairav, then I would have not forgiven myself, you also give your responsibilities to Raj.

A man comes and asks for Gunjan. He says I m from Gunjan’s inlaws, I came to take a parcel. Puneet asks what parcel. Gunjan comes and gives the bag to him. The man leaves. Puneet asks what was in it. Gunjan says it was just mummy’s clothes. Puneet asks her to tell the truth. Gunjan gets her Saas’ call. She says Sharma ji came, I gave him the clothes. Her Saas asks when will she get the remaining money. Gunjan says I m with mom, I will talk to you later. Her saas threatens her. Gunjan worries.

She goes to meet Raj. She cries and asks for his help. Murari hears them. Raj says you just tell them clearly, you can’t do this, your dad will get them arrested. Gunjan says they want money. He says they are blackmailing you, I will file police complaint against them. Gunjan says then Manmeet would have done the same with your family, I just want money. He says what nonsense, come, I will tell everything to Manmeet, she won’t forgive me if she knows this. She says please help me, don’t tell her. She goes. Murari goes to Bhairav and tells everything.

He says Gunjan’s Saas is asking her for dowry. Bhairav says we both know this, if we hide this, then the world will think Manmeet has asked Raj to help her sister. Bhairav says we should always remember it, I had to go through a lot because of Manmeet, let them face the trouble, think, how to inform Manmeet about this, Raj is helping Gunjan without telling her, so this will result badly. He calls Choti and says I heard Raj has apologized to you, come home. Choti says I promise you, I will be there by tomorrow morning, Manmeet is getting praised, don’t worry, I m coming.

He says I need you, just you can help me. She says just Raj away, I m scared of him. He asks her what’s the plan. She says trust me, I have a great idea. He says my blessings are with you. She gets happy. Everyone dines together. Bhairav asks did Gunjan go back to Shimla, she is a nice girl, I worry for her. Manmeet asks him to say the matter. He says nothing, did she get married four months ago, she is a nice girl but her inlaws are strange, Raj was also praising her. Murari says Gunjan came to office yesterday. Manmeet asks Rah why didn’t you tell me.

Precap: Manmeet, Gunjan and everyone are playing cards. Bhairav asks Murari to get 2 crores from his cupboard. Gunjan follows him and sees money, she later goes steals but sees someone at the door. 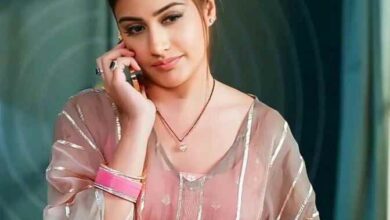