The Episode starts with Dadi telling that Suhani’s hero has come. Suhani dances and imagines dancing with him. Everyone claps for them. Dadu says you scared everyone, but I was sure that you will come. Sudha says thank god, he has come, I was getting bad thoughts. She asks Suhani to come. Dadi asks Ranveer to come for rasam. Dadu says lets start the engagement ritual. Suhani takes the ring to make him wear it. She then makes him wear it. Dadi says first groom makes the bride wear the ring, and asks why she is hurrying up. Dadu asks if she thought that he will run away. Suhani asks Ranveer to make her wear ring. He says I don’t have ring with me. Suhani asks him not to joke, it is already late.

Ranveer asks John and Raghu to check his pockets for ring. Raghu checks his pocket and says it is not there. Ranveer says I have thrown it, and is about to go. Suhani asks where is he going? Ranveer asks her to think whatever she wants. Sudha asks what is all this, mahurat time is ending. He throws the aarti plate. Kamini says this guy has done inauspicious thing. Mamta calls Ranveer, as he is about to leave. Suhani asks did I do any mistake, tell me. Mamta says why are you behaving this way, you also wanted to marry her? She asks him not to trouble anyone and complete the ritual.

Ranveer says I don’t want to trouble anyone, just wants to tell anyone that I am not suitable to bear this responsibility. He says I couldn’t bear this burden. Suhani asks what are you saying, we love each other, from where this burden came. He says I can’t do marriage and can’t commit, I am not made for any relation. Raghu asks what are you saying. Ranveer asks him to do his work.

He asks Mamta if she is happy with this, and says you all wanted me not to marry a divorcee, as Oberoi’s reputation will be ruined. Roshni says yes, and tells that they don’t want Oberoi’s son to marry a divorcee. Dadu says what you are saying that you are afraid of this relation, and asks Mamta to say that she is not having problem with Suhani. Vikram says you might not be having any problem, but we have to reply to people, and says even he don’t want Ranveer to marry Suhani. Ranveer says everyone don’t want his marriage to happen.

She asks if you are ready or not? She says this is not my Ranveer, he loves me a lot and can fight with all the world for me. She says when you didn’t ask your family before loving me, from where this concern came. She asks if he don’t care for her. Ranveer says he had till yesterday and says he can’t snatch his mother’s happiness. Suhani says I am standing here, although my Papa is not here and is against our relation. She says she has truth that they will both convince their parents and family.

Ranveer is about to go. Rakesh comes home and sees him leaving. He asks Suhani not to be surprised and says he has done what he was doing. He says you have crossed the lakshman rekha made by me, in his love, I could see what you couldn’t. He says this guy can’t take up this responsibility. He scolds Suhani. Suhani asks Ranveer to tell that he was lying. Ranveer leaves from there. Suhani cries and says why you have left me? Rakesh gets angry and breaks the decoration. He says I asked you not to have any relation with you. Suhani recalls Ranveer announcing his marriage with her, and asking her to trust him. She says my Ranveer loves me a lot, there might be some reason surely. She says I couldn’t understand him last time, but this time I will go and ask him. Rakesh slaps her hard on her face. Everyone is shocked.

Rakesh says he is playing games with you. He asks Sudha to make her understand that unless she respects herself, nobody will respect her. Suhani says I will talk to him. Rakesh says he is gone. Suhani says he has gone to return, and says I know him, everythingwill be clear if I talk to him once. She says he might have some helplessness, I will talk to him. She runs out. Ranveer is going. Suhani comes to him and holds his hand. He asks her to move from his way and let him go. Suhani refuses and asks him to tell the reason which made him back off. She says everyone is waiting for engagement. Ranveer says I don’t want this engagement and asks her to listen. He says I don’t want to marry and get involved in any relation. Suhani asks him to tell the reason. Roshni comes there and asks her to leave his hand. Everyone comes out. Rakesh comes there and shouts Suhani’s name. Roshni hurts Suhani’s hand to make her leave his hand. Suhani screams in pain. Ranveer looks on. Rakesh asks Suhani to come with him. Suhani says she just wants an answer. Rakesh asks Suhani to come with him. He drags her inside. Sirf tum plays….Mamta recalls Ranveer swearing on her that he will not marry anyone else, if he couldn’t marry Suhani.

They come home. Mamta asks Roshni to talk to Ranveer once. Roshni says Ranveer himself has broken alliance with her, now she can’t stay here. Mamta insists that she shall talk to him and says he gets angry often. Roshni says Suhani’s name chapter is closed, and Riya is perfect for him. She says our first choice was Riya. Mamta nods her head.

Rakesh brings Suhani inside and locks her in room. Suhani knocks on the door, insisting to meet Ranveer. Dadi asks him not to lock her in room. Sudha says she needs us now, we shall make her understand. Rakesh says due to us, she has become stubborn. She says I will decide what to do and asks them not to open the door. Suhani looks on. 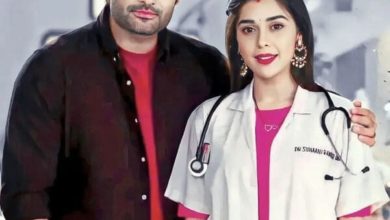 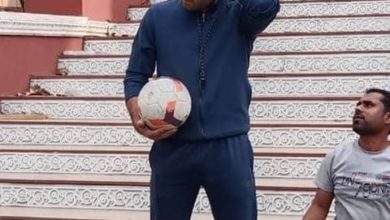 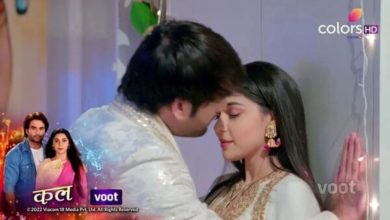 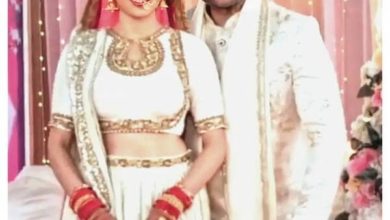