The Episode starts with Suhani hugging Rakesh and cries. Sudha thanks Ranveer. Kamini is upset. Suhani apologizes to Rakesh and says sorry Papa, I did a mistake and will not do it again. Ranveer says Uncle, I will leave. Rakesh thanks him. Ranveer tells them that the video will be deleted today itself. Dadi thinks his behavior is like Suhani’s Dada ji and his charm is like her favorite hero, thinks he had met her in her young days then she would have eloped with him. Kamini and her daughter think that their plan is ruined. Ranveer comes out and asks John and Raghav to take out freshers party pic, tells that he wants to know who has done this.

Rakesh gets a call from his boss and says he is leaving. He ends the call and tells Suhani that he has promised himself that he will never raise his hand on his children, but today. Suhani says I did a mistake due to someone’s prank and says I am sorry. Rakesh asks Sudha to take care of Suhani and says he will come late in the evening. He leaves. Sudha looks at Kamini. Kamini asks why are you looking at me. Sudha says what do you want to prove? Kamini says she felt pain and that’s why came here. Sudha says Suhani will never let our head down or our respect down. She says being a bahu, you should make Suhani understand not to do mistake, but shouldn’t have complain about her. She asks Suhani to come. Kamini says I am her bahu and tells Dadi that Suhani was insulting her family and she couldn’t bear it. Dadi slaps Kamini and says Suhani haven’t done any mistake, but you have done and showed all the film without telling me. She says if Ranveer had not come, then I know what was your intentions. She asks her to leave and go to her house. Kamini says I will not leave that guy.

Ranveer comes to Rocky and Rishi running and kicks Rishi from his chair and hits Rocky. Rishi and Rocky get scared. He shows the photo in which Rocky and Rishi mixing the drugs in Suhani’s food. Rishi says I didn’t do this, someone made me do this. Ranveer asks whom?

Dadi asks Suhani , how did hero material come in your life? She says you are not pretty like me and praises him, and asks how did he take your responsibility? Sudha says Ranveer is Rakesh’s boss son and Rakesh has given him her responsibility. Ishaan comes home and tells Dadi that he has done two goals today. Dadi gets happy. Ishaan asks what happened to you both. He picks Ranveer’s mobile from the table and asks whose phone is this? Suhani says it seems this is Ranveer’s phone, he has forgotten it here.

Ranveer asks Rishi to answer him or give his life. Ansh comes there and asks him to stop. He says whatever he had done, is on my sayings. Ranveer and Ansh walk towards each other. Rhea comes there with John and Raghav. Ranveer says why it is looking as if you have done wrong with Suhani, whatever had happened with her till now. Ansh says she is a freshers and such things are not a big deal. Ranveer hits him. Ranveer says you have done ragging and it is ban in the college. Ansh says it was just intro plan. Ranveer says why just Suhani among other students. He says if she gets hurt then I will be hurt, and the guy giving the pain will be hurt. He asks why did you do this? Ansh raises his hand to hit him. Ranveer bends down and hits him. Ansh falls down. Ranveer hits him. Ansh hits him and says I did what I wanted. John and Raghav asks Ranveer to stop. Ranveer says nobody shall come inbetween us today. He asks Rhea to move from his way. Ranveer asks why did you target only Suhani and raises his hand on Ansh. Ansh hits him and says I wanted to make you zero and says this respect would have been mine, if I was having Vikrant Oberoi’s surname after my name. He says people get afraid from you as your father is the college trustee and even dean takes your side always. He says if you don’t have oberoi surname then you wouldn’t have roam like this. He says I am the deserving student, and you are just rich man’s child. He says people give respect to your surname and not you. Rhea tells Raghav that they shall call dean.

Ranveer says if you have a problem with me, then why did you hurt Suhani. He says I will not let anything good happen with you. They again fight with each other. Ranveer lifts the cycle parked there and is about to throw on Ansh. Ansh gets shocked. Suhani comes there and shouts Ranveer. She comes infront of him. Dean comes there and asks Ranveer to stop it. Ranveer throws the cycle down. Deann tells Ansh and Ranveer that this is medical college and not wrestling ring. Ansh asks him to tell this to his favorite student and asks him to join fighting club. He asks him to see Rishi’s condition. Dean says I don’t want to hear any excuses and asks them to call their parents. He asks Rishi and Rocky to get first aid treatment.

Ranveer is about to go. Suhani gives his phone to him. Ranveer goes. Suhani tells Rhea that he ignored me when I came to talk to him. Rhea says you have given him different names, and says he is not like that. She asks do you think Ranveer will ever drunk you. Suhani says he can do anything. Rhea says you are Ms. Zimmedari for him and you think that he will do such cheap thing with you and says he is not cheap like Rishi and Rocky. She asks her to go and apologize to Ranveer, and says if he forgives you then I will not say you anything. Suhani runs to go to him and asks him to listen to her. Ranveer ignores her. She asks him to look at her, and says I want to talk to you. Ranveer tells Rhea when he is bad then why she wants to talk to him. Suhani asks him to listen. Ranveer says I got the viral video deleted. Suhani says listen to me once. Ranveer says I don’t listen to the ones who judges people without listening to them.

Anupamaa : Anupama to Confess Her Feelings to Anuj? 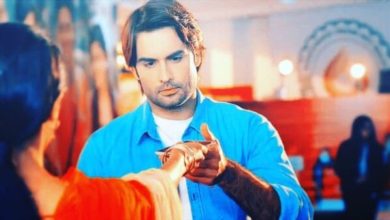 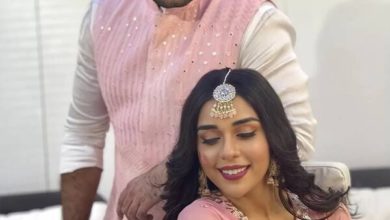