The Episode starts with Suhani coming to the college and trying to apologize to Ranveer. Ranveer ignores her and walks away. Suhani goes behind him and asks him to listen. Ranveer says just like you don’t want to understand me, even I don’t want to hear you. She says she made gajar ka halwa for him and thanks him for keeping her father’s respect.

Ranveer asks waiter to bring the coffee. He asks John and Raghav to have the sweets. John asks Ranveer to agree to Suhani and forgive her. Ranveer puts cold drink on his head and goes from there. Riya looks at him and says Dean called you in the office for some emergency. Ansh and Ranveer come there. Ranveer recalls Ansh’s words. Dean asks them to leave filmy drama outside. He tells about the landslide on Dehradun-Delhi highway and many people are injured. He says medical team is going there and asks Ansh and Ranveer to go there.

He asks Ranveer to lead the team and asks Ansh to support Ranveer. Ansh says I. Dean asks them to forget their personal differences and do the duty of a doctor. Meeta and Suhani come there. Ranveer asks about the casualties. Dean says don’t know as of now. He asks Meeta to introduce juniors to Ranveer.

Ansh asks Suhani to come with them, being the topper of the batch and says it will be a good experience for you. Suhani says I know, but don’t know if Papa will give me permission or not. Dean talks to Rakesh and takes his permission to send Suhani there. He says I am going there too, with all the safety measures. Rakesh agrees to send Suhani.

Dean turns to Ranveer and asks whose responsibility you have taken. He says I am your personal assistant. Ranveer says personal dean and says I am your favorite student, get scolded by you and say sorry too. He says you have to do this with me. He sits on his bike.

Suhani comes there and her dupatta falls on him and gets stuck with his bike. He frees it. Sirf Tum plays…..Ranveer leaves on his bike. Meeta asks Suhani to come, else bus will leave. Ansh says this bus is full, we shall go in ambulance.

Suhani says we will reach soon and tells that she will call later. Sudha drops a glass and tells that she is worried. Rakesh says I will pick it. Ansh asks Suhani not to worry for Ranveer, and says he doesn’t think about anyone. Suhani looks at Ranveer who is behind the ambulance, on his bike. Suhani bends down to take her mobile. The ambulance loses balance.

Ranveer is stopped as the stones fall on the way. The ambulance stop as the stones falls on it, due to the landslide. Ranveer calls John and Raghav and asks about Suhani. John says Suhani, actually. Ranveer scolds him. John says she is in ambulance, Ansh took Suhani and Meeta to ambulance as bus was full. He says you had said that you have nothing to do with her, so we thought our responsibility is over. Ranveer says you both will be finished. Suhani tries to open the ambulance door.

Ranveer comes to the bus and asks John and Raghav, where is Suhani? They tell about the landline there, and ambulance is stuck there. Ranveer runs there. Suhani tries to open the door. The ambulance is falling down along with the landslide. Ansh moves Suhani’s hand and he opens the door. He sees the ambulance falling down. Sudha, Rakesh and others hear about Ambulance getting stuck in landslide.

Suhani informs Rakesh that Suhani is in the ambulance. She calls Suhani and the number is unreachable. Ansh jumps out of the ambulance. Some men come there holding the rope. Ansh ties the rope to the tree. Ranveer is coming running there. 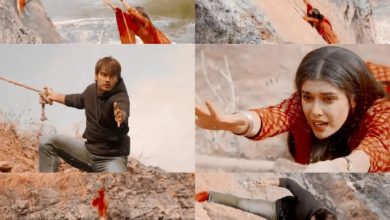 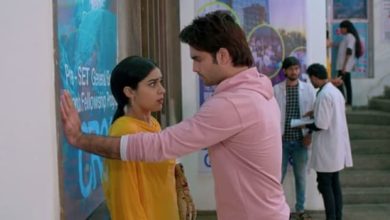 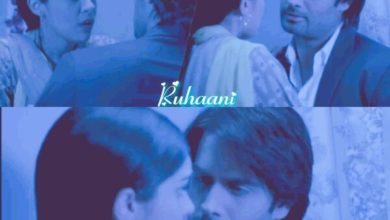 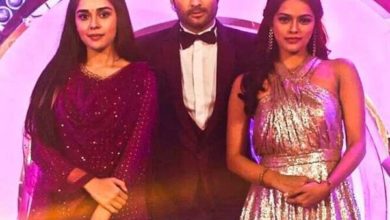