The Episode starts with Ranveer coming to Suhani’s house. Rakesh opens the door and says you are here. He asks him to come with him and takes him outside. Sudha says where did he go? He shall take you for admission. She goes out. Rakesh tells Ranveer that he will send Suhani in a day or two. Sudha comes there and says Ranveer, you are here? Ranveer says Suhani haven’t come to college today, it was first day so I came to pick her. Sudha says college. Ranveer says Suhani has done top in the exam, result was wrong due to the mistake in roll number. He says Uncle might have told you. Suhani hears him from the balcony. Sudha says yes, he told me. She asks him to come inside and says Suhani will come tomorrow to college. Ranveer says I will leave. Sudha asks him to wait and says you brought a good news, have sweets. He tastes the sweets and says all mothers’ secret ingredient is love and that’s why everything is tasty. He says even my mother makes tasty pedas. He greets them and leaves on his bike.

Rakesh comes inside the house and sits on the sofa. Suhani comes there. Sudha says you didn’t tell us. Rakesh says I am her father and knows about her betterment much. He says that’s why I didn’t tell. He says if she wants to study in that college, then she shall agree to my conditions. He says she shall not go anywhere from college, shall concentrate on studies only, and shall not make friendship with Rhea. He says nobody can come home except 1-2 girls. He says you shall not speak to any guys, and they will be in the class and not in your life. He says you will not attend any college function and don’t think of coming home late. He says remember them that I am sending you to college for studies, if I hear any complain then I will make him sit on the mandap next day. Suhani hears his condition.

Next day, Ranveer prepares for Suhani’s grand welcome and asks John about the special item, which he ordered for her welcome. His other friend says it came. Ranveer asks them to do double check. Suhani and Sudha reach the college. Sudha says it is your first day, and it is our dream. She asks her to live their dream to the fullest. She gives her juice and tiffin. She then asks her to give peda tiffin to Ranveer, as he liked it. Suhani says he is my senior, it will look good. Sudha says he got your papers checked. Suhani says ok, and takes the tiffin. She says he will be the first doctor to break the bones. Sudha says you are thinking much to thank him. Suhani says ok. Sudha leaves.

John and other friend places a big carpet in the campus way. Suhani looks at the decorations and arrangements, and thinks wow what a college, red carpet to welcome the students. Ranveer comes behind her. Sirf Tum plays…..Ranveer says welcome, Ms Zimmedari and gives her bouquet, saying your journey to become a doctor starts now. Suhani takes the bouquet in her hand. Ansh sees Ranveer with Suhani and says I won’t let this girl stay in this college, as your happiness lies with her and my happiness lies with your tears. He says this girl have to bear the sideeffect of my hatred.

Suhani walks on the red carpet with Ranveer. John and other friend splashes decoration stuff on them. Suhani gets happy and smiles. Sirf tum plays….Suhani says actually…and hesitates. He asks her to relax and say. He gets a call from Mamta. Mamta asks where are you? Ranveer says he is in college. Mamta says party started here and asks him to leave from there. Ranveer says I will do small work and come there. Mamta says if you stay for small work then will be scolded by me and gives her promise. Ranveer says ok, I will come. He comes to Suhani and says I shall go now as Maa asked me to come, and says we will talk later. Suhani says I know the importance of a mother. Ranveer collides with Ansh while leaving. Ansh is about to fall, but Ranveer holds his hand and asks him to handle himself next time. Ansh says I don’t have any hopes, thanks for now. He looks at Ranveer as he leaves.

Rocky comes to Ansh and says today is the welcome of freshers. Ansh says we shall welcome the freshers too. Raghav stops a student on stepping on the red carpet and tells that it is for someone special and not for you. Ranveer calls Raghav and John and asks them to take care of his Zimmedari and warn everyone not to look at her. They say ok. Ranveer leaves.

Ansh asks another college guy to make this girl’s day as last day in college, she shall think that it is a bad nightmare. He says then I will get beer tank for you. John and Raghav are going behind Suhani, when Ansh stops them and tells that nobody will dare to trouble Suhani. He says I want to tell something important and says some gang is setting Ranveer’s fielding. John says who will do this? He takes them and signs his friends. Suhani asks a girl about 1st year class. The girl asks her to go to the place where ragging is done. Suhani is forced to go there. Ansh’s friend calls her and asks her to come. He tells other friend that they shall make her do something special. Suhani gets nervous. He asks what is your name? Suhani says Suhani. The guy says Suhani will dance infront of us and Neerav will become her partner here. He says come on Suhani. Suhani says ragging is a criminal offence and you can get punished for it. The guy says this is not ragging, but intro. Suhani says I can’t do this, I never danced before infront of everyone. She says first, I will see everyone’s danced and then will learn from them and will dance at the end. The guy says ok and asks her to stand in line. She sees the senior guy ragging the freshers. Suhani thinks how to get saved from them, don’t know where is Rhea?

Precap: Ranveer’s friends call him and tell about the seniors ragging Suhani. Ranveer is in his family party. He gets furious. Suhani is trying to run away from the seniors. They make grass fall on her and says that this is just a trailer. Ranveer comes and tries to punch the guy, but he moves out and Ranveer ends up punching on a mirror. 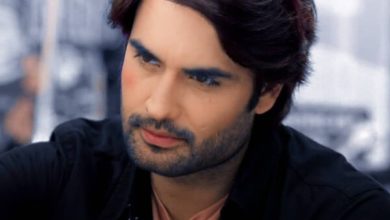