The Episode starts with the students protesting against the college. Nehmat comes to help the girl. She says its her right to get admission in sports quota. She scolds the guy. Advit comes and says excuse me… who are you. They argue. He says this is called over confidence. She asks who are you, are you a politician’s son, you came to show your face, you can’t do anything, we are not weak, don’t spoil a deserving candidate’s favor, wrong is wrong. Advit asks her name.

The principal comes and says Radhika is getting admission in sports quota. Nehmat says whats yours is always yours, don’t stop fighting. Advit says you have passion for politics. Nehmat says I want to fix the wrong. She leaves. He looks on. The guy says she left. Advit says one just to win in politics. Aykam praises Nehmat. She says that hero got saved. He says you showed him stars in the day. Advit is also there. He gets Nehmat and Aykam/Ekam’s pic from his dad. He says it’s the same girl. He leaves.

Nehmat and Naaz gets the girls for the Kanjak puja. Nehmat goes to talk to Mallika. She tells about Advit. Nehmat says I was so angry and wanted to break his face. Mallika says I have come here to find your would be Jija. She sees Advit and says I will talk to him today. Nehmat prays that the guy also gets mad for Mallika. Rupy and family do the Kanjak puja. The girls leave. He asks Nehmat and Naaz to sit now. He washes their feet and says bless our family. They smile.

Shelly says such grown up Kanjaks. Rupy says girls are always our Kanjak, even when they grow up, you also sit. Mallika comes and says I m also your Kanjak, Nanu. She sits. Rupy gives her a gift. Mallika and Nehmat go. Satti says we should talk to Mallika. He says no, I will talk to him. Mallika says our stars will match. She recalls meeting Advit. He asks did we meet before. He gets his dad’s call. He says sorry, I have to go. She says its okay, you go. FB ends.

Nehmat says you came in front of his car, you could have got hurt. Mallika says I can do anything for love, wait, I will show his pic to you. Nehmat gets Aykam’s call. He asks where are you, I didn’t meet you. She asks him to come home. He asks her to come and meet him. He says you say I love you. She says I will tell you in evening. Mallika says if you are done, I need to talk to my best friend. He ends call and asks Nehmat to see her hero. Naaz asks who is her hero. Mallika says film hero.

Mallika and Naaz argue. Nehmat asks Mallika to say sorry. Mallika says sorry. Naaz says there is no secret, Mallika likes a guy. Naaz thinks to not spare Mallika. Mallika asks how did the car tyre get punctured, how will I go to salon now. Nehmat says I will book a cab. Naaz looks on and recalls damaging the tyre. Rupy meets Jai. Jai speaks against Nehmat. Rupy gets angry. They both argue. Rupy asks him to stop it, Nehmat is his pride. Jai says then keep your pride home, I will never let Nehmat become my bahu, I will bring a good family girl as my bahu. Rupy scolds him.

Jai says ask him to stay away from my son, I don’t want to see her with my son. Rupy says fine, our relation is over from now. He leaves. Jai cries and says forgive me, I have insulted Nehmat, I m helpless, I have to keep Aykam and Nehmat safe. Shamsher says Jai should not know that I m behind that accident. His goon says we have scared him a lot.

Nehmat talks to Aykam on call. She says I m coming. Rupy comes home. She says I have a surprise, your new specs. He asks are you going to meet Aykam. She says Aykam took me to buy this specs, we got a discount. He asks why, can’t you do anything alone. She says fine, I will do my work myself and become independent. He says you won’t meet that guy from now. She gets shocked.

Precap:
Nehmat asks why, tell me. Rupy says Aykam’s dad doesn’t want this relation, Jai said that he won’t let Aykam and you get married. She cries. Aykam is seen venting his anger. 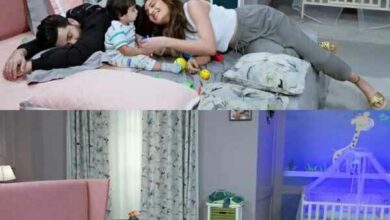 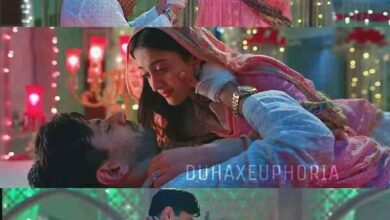 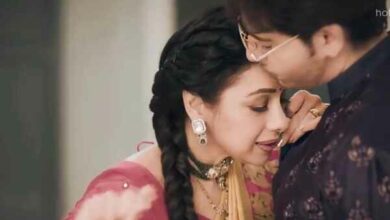 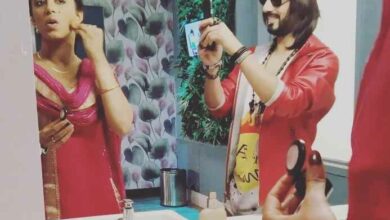