Preesha requests inspector Chautala to let her speak to her husband. Chautala denies. Rudra enters with GPS. Chautala says this is not a public garden to visit anytime he wants to, they need to follow rules. He introduces GPS as a retired judge and Preesha’s father. GPS presents permission to meet Preesha and asks Preesha if she remembers when Rudra left her room that night.

Preesha says she doesn’t and even Rudra doesn’t as someone mixed something in his drinks. GPS assures to meet her often and asks not to lose hope as they are with him. He walks out leaving Rudra. Preesha asks how is he as she was afraid hearing his trembling voice last night. He says he will not accept defeat and will bail her out at any cost, asks to take care of herself as he is alive just for her. They hug each other emotionally, and he walks away.

Back home, Rudra tried to remember what happened that night but fails, says he just remembers fighting with Arman as he talked about wife swapping. GPS asks to remember how he went to Sania’s room, if she called him or he went directly. Rudra checks his call records and finds Sania’s call. GPS says they need to check Sania’s call records to find out if she spoke to someone else also. Rudra calls Bunty and asks him to find out Sania’s call record details. GPS asks how did Arman come there. Rudra says Arman told he came with Sania there for honeymoon, but he is trying to separate him and Preesha since long and describes all the incidents happened. GPS is shocked. Arman then informs about Ahuja. GPS asks how is Ahuja and insists to meet him to get some clue from him.

They meet Ahuja who denies his involvement. GPS tells him that Preesha is his daughter and he can do anything to protect her, he shows Ahuj’s daughter’s live video footage where his men are following her and threatens to tell truth if he wants her daughter safe. Ahuja agrees and reveals that Arman mixed red powder in Rudra’s juice and threating to kill him if he doesn’t do that. He also reveals that Arman bought CNN recording company to destroy Rudra’s concert. GPS says they need to confront Arman now. Rudra asks how did he find Ahuja’s daughter. GPS says he saw her video online via Ahuja’s social media account and seeing 2 men behind her misled Ahuja to find out truth.

They both conclude that Arman killed Sania and framed Preesha. They then head to Arman’s house and confront him. Rudra shouts at Arman for sponsoring his concert. Arman denies. GPS says Ahuja informed them everything. Rudra shouts Arman killed Sania and tried to frame him. Arman accepts trying to destroy Rudra and get him out of Preesha’s life. Rudra continues alleging showing Sania’s call records and Arman denying. Rudra then gets lawyer’s call that Preesha’s case has been moved to fast track court tomorrow itself.

GPS cries saying earlier also Preesha took someone’s blame on herself and went to jail. Serial’s title track plays in the background. Next day, Sharda gives karva chauth fast/vrat’s sargi/food to Rudra and asks him to go and give it to Preesha. He meets Preesha. They express their emotional bonding for each other. Rudra promises to keep fast and pray for her, then feeds her sargi.

Precap: During investigation, Rudra finds an unknown suspicious number in Sania’s call records and asks Bunty to find out its details as he caller may be the murderer or knows if Arman killed Sania. Bunty checks number and looks shocked. 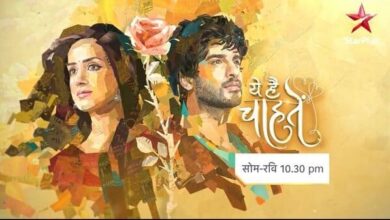 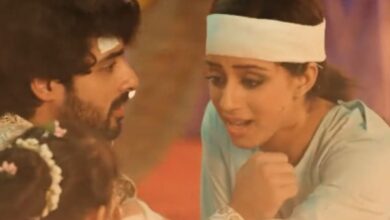 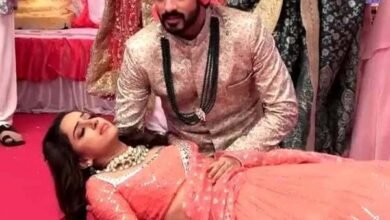 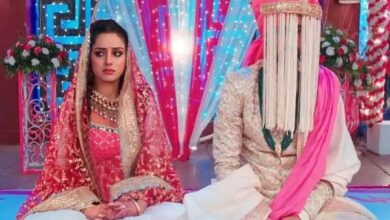