Inspector Chautala shows CCTV footage to Preesha and Rudra that Arman had gone to washroom at 4:30 and returned to terrace after 10 minutes, that means Arman is innocent. She then shows Rudra entering Sania’s room at 4 a.m. and Sania’s murder happening between 4:30 and 5 p.m. after Preesha entered room and says it proves Preesha murdered Sania as she saw her husband with Sania.

Rudra denies and says Preesha cannot kill Sania. Inspector asks him to get evidence then. Rudra returns to hotel room. Arman asks what did police say. Rudra tries to hit him angrily. Arman stops him and warns that he is tolerating him because of Preesha, don’t know what Preesha saw in him that she took his murder crime on herself. Rudra shouts and alleges him for murdering Sania and framing Preesha instead. Arman denies. Rudra continues arguing with him and says he will find evidence and prove Preesha innocent soon.

At Khurana house, Vasu serves milk to Anvi and Saransh. They insist to watch TV. Vasu sees plug pulled off and tries to switch on TV when Sharda stops her. Vasu sensing her tension sends kids in and asks reason. Sharda shows her news about Preesha being arrested in Sania’s murder case. Vasu also gets worried and leaves to police station with her.

Rudra meets lawyer who says with Preesha’s acceptance of crime its difficult to prove her innocent. Rudra shouts Preesha is innocent. Lawyer says its impossible with Preesha’s repeated statement. Rudra says he will call commissioner and free Preesha. Lawyer says he doesn’t want to give him false hope, even commissioner cannot help Preesha, they should wait till court hearing. Preesha seeking inspector’s help calls Rudra. Rudra heavily inebriated on road remembers her love for him and accepting crime to protect him cries that he lost. He gets Preesha’s call, she asks him why didn’t he come to meet her, she was worried for him and hence called him. He cries and says he tried everything and nothing can happen now. She consoles him and asks if he didn’t get her bail. He says no. She says with her confession, its difficult to get bail. He continues crying that they never did wrong to anyone, then why are they suffering. Constable takes back phone from Preesha and sends her back behind bars.

Rudra returns home heavily inebriated and falls asleep on bed. Sharda and Vasu get concerned for him. Next morning, Rudra wakes up and hugs Sharda crying. Sharda consoles him and says he cannot accept defeat. He says she doesn’t know what happened. She says she knows, will he let Preesha go easily, and revealing each incident reminds how Preesha helped him repeatedly, etc. Saransh and Anvi get breakfast and lemon juice for Rudra and request to bring Prishma back home.

Sharda sends them out and informs Rudra that she didn’t inform them about Preesha, so he should fight and get Preesha back home. Rudra agrees and says she always showed him a right path whenever needed. GPS with Vasu enters and says he is not alone, he was in Chennai and after watching Preesha’s news returned via first flight. Vasu says GPS will give him legal advice as an ex-judge.

Rudra thanks them and says this is called family. They meet lawyer who says its impossible to win this case. Rudra shouts at lawyer. GPS supports him and asks lawyer if he accepts Preesha as a murderer, then how will they prove her innocent. Lawyer says he knows the situation. GPS asks him to forward the case into fast track court. Rudra says he will change lawyer. GPS says proof is against Preesha, a criminal leaves evidence however intelligent he is, Rudra needs to find out clue. Rudra agrees. 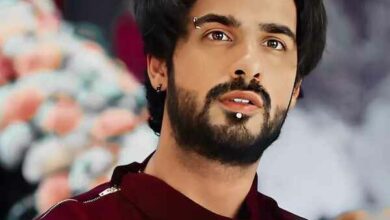 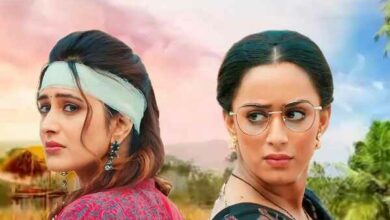