Kanchan and Preesha rush to Pihu hearing her shouting. Pihu shows rahes all over her face. Preesha asks how did it happen. Pihu says she used a new cream. Jahnvi asks if the rashes will clear or not. Preesha asks her not to worry as its allergic reaction and she will give her allergy medicine which will clear her rashes by tomorrow.

Pihu says she has college party tomorrow morning and will be bullied by friends if she doesn’t attend it. Kanchan says she knows a famous and talented makeup artist MK of MK Makeup Studio who will do her makeup and hide her rashes. Preesha says Pihu should go for it till her rashes are cleared by tomorrow evening with allergy medicine. Pihu agrees.

Driver gets a call from his wife to return home to celebrate daughter’s birthday, he refuses saying he needs to attend duty. Kanchan with Preesha and Pihu walks to him and asks diver to take them to MK makeup studio. Preesha asks drive to go home and celebrate his daughter’s birthday. Driver hesitates but agrees on Preesha’s insistence. Preesha tells Kanchan that they shall take a cab and ask Armaan to pick them up while returning home. Kanchan agrees.

MK is amazed to see rockstar Rudarksh Khurana at his studio and asks if he came for a makeup for his next concert. Roohi say she wants him to perform Rudra’s makeover as a gardener. Vanshika explains him. MK tries different looks on Rudra. Roohi, Saransh, and Vanshika select an old long haired and beard gardener’s look. Rudra fails to identity himself.

MK does final touchup and asks them to bring gardener’s clothes for Rudra. They all 3 leave the studio to bring clothes for Rudra. Rudra says he needs to pee and rushes to bathroom. Kanchan with Preesha and Pihu enters studio next and asks MK to hide Pihu’s rashes with makeup as she needs to attend party. MK says Pihu will look more beautiful after the makeup and starts her makeup.

Preesha gets Armaan’s call who says he is coming to pick them up. She says still make up is going on. Armaan says he will wait at the backside parking lot till makeup is done then. Rudra gets out of washroom and gets tense seeing Preesha there. He runs back to washroom, calls Roohi, and informs that Preesha is in MK studio and he is stuck in washroom and doesn’t know what to do.

Roohi says she will think something. Vanskhika says she will take MK’s help. She calls MK and asks him not to let the customers in her studio know that Rudra is there as Rudra is going to their house as a gardner. MK asks where is Rudra now. Vanshika says he is stuck in washroom, so he should get Rudra out from there silently. MK says Rudra can get out via washroom window.

Preesha likes Vanshika’s makeup and goes to washroom. MK asks Kanchan where is the other lady who came with her. Kanchan says she has gone to washroom. Roohi asks Rdura to get out of washroom via a window and meet them outside. Preesha is about to enter washroom when MK stops her and loudly asks her not to get in there. Rudra hears that and tries to open window hurriedly. Preesha asks MK why she shouldn’t enter washroom. MK says its door gets jammed often. Preesha opens the door after some try and walks in.

Precap: Rudra hides seeing Armaan outside the studio and passes in front of him cover himself with a car cover. Armaan stops him. Rudra visits Preesha as a gardener. Preesha removes his beard and asks what is he doing here. 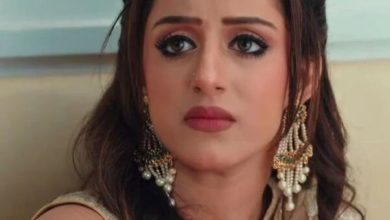 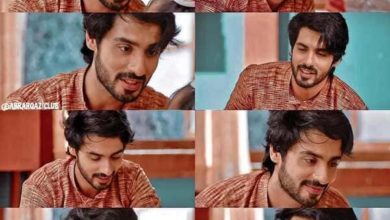 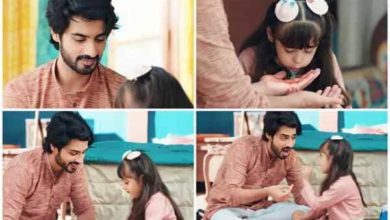 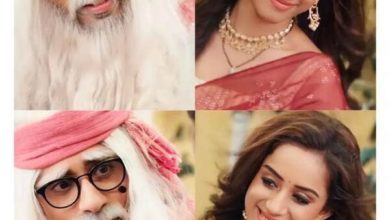