Rudra visits Raj’s college to attent orientation day program. College staff gets excited seeing him. Preesha wiht Pihu walks towards the entrance when she slips and bends to correct her footwear. Rudra looks at her, but doesn’t notice her face and walks away.

Armaan calls Preesha and asks why did she go to Delhi even after he denied her permission. She says Kanchan didn’t want to accompany Pihu, so she came with Pihu. Armaaan asks her to return home immediately. She says she will after settle down Pihu in the new city. He asks her to take her medicine without fail. She asks why is he saying that. He says he is worried for her and who will take care of her if she falls ill there. She promises to take medicine on time and return home soon.

Digvijay walks to Armaan. They both watch news of Rudra’s student getting admission in a prestigious college and Rudra attending his orientation program as his guardian. Armaan panics hearing that and tells Digvijay that if Rudra sees Preesha there, he will try his best to get back her memory. He says he wants to visit Delhi and bring Preesha back as soon as possible. Digvijay agrees to accompany him.

College’s orientation program starts. Rudra and Preesha sit at a distance without noticing each other. Prinicipal starts the program and gives a lunch break after some time. Rudra visits canteen where students throng him for a selfie. Preesha also walks into the cafeteria with Pihu. Armaan video calls her and asks if everything is alright there, did she meet someone there.

Preesha asks if she visited Delhi earlier that someone knows her here. He says no. Pihu speaks to Armaan next and apologizes for bringing Preesha to Delhi. Armaan gets tensed seeing Rudra in the background and disconnects call asking her to take care of Preesha. He informs Digvijay that he saw Rudra in the background and they should reach Delhi before Rudra notices Preesha.

Pihu informs Preesha how Armaan was acting possessive about Preesha. A college staff welcomes Pihu with a flower bouquet and informs her that since she is a scholarship student, she and her guardian will be felicitated and called on stage for a speech. Preesha starts sneezing due to her flower allergy.

Back to auditorium, principal calls scholarship students and their guardians on stage. Preesha’s condition worsens and she goes out of auditorium while Rudra and Raj walk on stage. Out of the auditorium, Preesha asks Pihu to return to auditorium and receive her scholarship certificate while she visits a washroom and manages herself. Rudra also heads towards washroom.

Preesha gets into the washroom and realizes she forgot her medicines in a hotel room. She tries to get out of the bathroom, but the door gets locked. She knocks door and pleads for help. Rudra hears her and says door is jammed even from outside, thinks the woman’s voice is low due to the door barrier. She asks him if he from a college staff. He says he came for the orientation and his name is Rudraksh. She collapses. He gets concerned.

Armaan with Digvijay and Kanchan reaches college and meets Pihu. Pihu informs that Preesha went to the bathroom. Armaan asks them to wait for him in the car and goes to bathroom. He hopes she shouldn’t have met Rudra yet and calls her on her mobile. Her phone rings inside the bathroom.

Rudra brings college staff and gets the door unlocked. He opens the door and doesn’t find anyone there. Another peon informs that a lady was stuck inside the bathroom and had collapsed, her husband took her away. Rudra thinks its good that the husband took the lady away.

Precap: Preesha informs Kacnhan and Armaan that when she was stuck in the bathroom, a man who tried to help introduced himself as Rudraksh. Roohi finds Preesha’s hand kerchief and shows it to Saransh. Rudra’s cousin rags Pihu. Preesha visits principal’s office to complain where Rudra is already present. 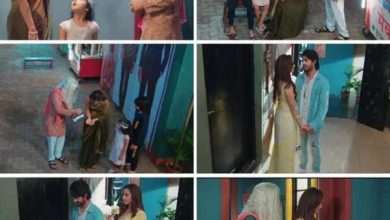 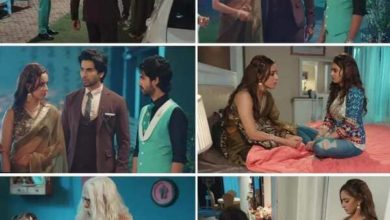 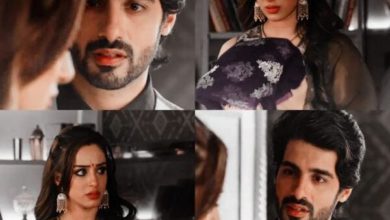 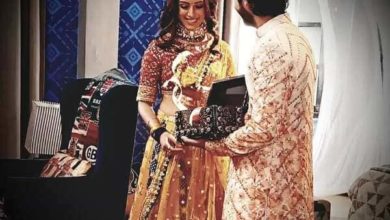