Preesha tells Arman that she cannot return, so let everyone think that she is dead. She says they will leave India. Arman says they will do whatever she says, its good for her baby, they will start a new life away from Rudra and her past. She agrees. He tries to hug her. She stops him. He says he is just concerned for him, they will go far away from here to Australia. She says she needs to rest and returning to her room thinks she doubts Arman since the beginning after hearing inspector Chautala returned to find out Arman’s involvement in Sania’s murder. She further thinks she needs to prove herself innocent, then she will return to Rudra and reveal that she is pregnant, till then she will stay with Arman and play games with him to find out who is Sania’s real murderer.

A music industry agent Rahul Khanna comes to meet Rudraksh. Sharda says he cannot meet Rudra. Rahul says he knows everything about Rudra, fans are madly eager to watch Rudra on stage, he wants to help Rudra. Sharda says he can’t and takes him to Rudra’s room where he is seeing crying watching Preesha’s pics. Rahul insists, but Sharda sends him away. Saransh notices Rudra’s condition and tells Sharda he knows what to do. Sharda takes juice for Rudra and requests him to have it. Rudra denies.

Saransh says he left school and will not have food like Rudra. Rudra asks him to have food. Sharda asks Saransh to have food as his mother is watching him wherever she is. Saransh says mamma wanted him to become famous and Rudra to be a big singer, but since Rudra is not bothered about her wish, he will also not. Rudra hugs him and thinks he will live for his son now on and apologizes Preesha for not taking care of their son. Sharda informs that an agent wants him to sign for concerts.

Arman returns home. Chachaji asks him why he is not bothered about Preesha’s death, Anvi is in deep shock, and why is he one by one selling their Indian businesses. Arman says its his business, so why is Chachajii bothered; he is doing all this to vanish Preesha’s pain. Chachaji thinks how did Arman change suddenly. Preesha in her room pukes due to hormonal changes and thinks she and her baby are missing Rudra, soon they will meet him. She feels suffocated and tries to walk out.

Guards stop him and request to stay back in room on Arman’s orders and open her room windows for fresh air. Preesha fumes on Arman and determines to expose his truth. Arman visits her after sometime. She gets angry on Arman for confining her in a house. Arman asks her to calm down as they are still in India and she cannot go out openly, he has booked their tickets for Australia and they both with their children will live happily in Australia. Preesha thinks let him dream, she will expose him soon.

Rahul meets Rudra and informs that he has organized a concert to day for him as his fans are mad to hear him and tickets got sold in 2 hours. Rudra says he is forming a company Preesha records and will sing exclusively for it. Rahul agrees. Rudra thinks he is doing this for his and Preesha’s son Saransh and will be Saransh’s role model. He panics before concert and says he can’t sing.

Sharda tries to calm him down. Rahul gives him a drink. Rudra calms down and imagines Preesha coming and holding his hand taking him to stage. Yeh Hain Chahatein… plays in the background. Sharda asks Rahul what did he give to Rudra. Rahul says he gave him a large drink to relax. Sharda asks him not to repeat it or else Rudra will become an alcoholic again.

Constable throws Sunil’s girlfriend in jail and orders her to reveal truth to Chautala if she wants to escape. Mishka in the same jail cell helps her. Lady cries that her boyfriend Sunil fell for Sania and Arman’s lies and got into trouble. Constables takes woman back away.

Mishka hearing about Arman and Sania’s name thinks she needs to find out if they are same Arman and Sania. Constable throws back woman in jail cell and says she will not get food until she reveals Sunil’s truth to inspector. Woman feels hungry. Mishka gives her food to her and asks her name. Woman says her name is Reshma and Sunil is her boyfriend. Mishka asks who is murdered. Reshma says no one as it was just a drama.

Precap: Reshma reveals Mishka that Arman played a murder drama to separate Rudra and Preesha, Sania is alive. Mishka asks if Preesha is in jail in Sania’s murder case. Reshma says Preesha is dead in an accident. Arman reveals Chautala that he has hidden Sunil according to his plan. Mishka calls Rudra and informs that she has a proof that will prove Preesha innocent. 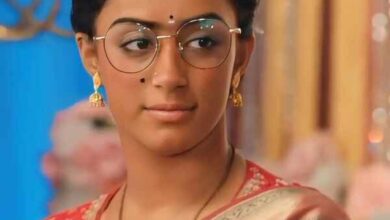 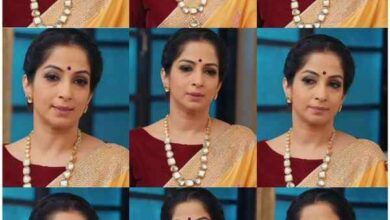