Rudra walks towards Preesha to inform her about Venky’s evil act. Venky thinks Rudra is adamant, so he should stop him before he informs Preesha. He rushes to Preesha before Rudra and says he wants to show her something and gives her a gift. She opens it and sees a mug with world’s best written on it. She asks it should be world’s best sister. He gives another mug to Rudra with best couple written on it. Preesha gets happy. Rudra says there was no need for so much effort.

Venky says his sister is his life, she works so hard for both families, etc. Preesha gets more happy hearing that. Rudra thinks Venky is oversmart and showed him that he can easily manipulate Preesha emotionally, so he has to expose Venky’s truth somehow. He calls Dr. Radha and requests her to meet him tomorrow to discuss about Venky’s case progress. She agrees. Preesha hears him and asks what was she talking to Dr. Radha. He says he was discussing about Venky and thinking how to get him well soon, they were thinking of getting him a job to boost his morales. She thanks him for thinking about Venky and says they both will visit Dr. Radha. He says of course, even she will know about Venky’s progress.

Next morning, everyone are busy learning dance for sangeet when Preesha walks down ready. Vasu asks where is she going. She says she with Rudra is going to meet Dr Radha to know about Venky’s progress. Venky hears their conversation. Rudra and Preesha meet Dr. Radha and discuss about getting a job for Venky to speed up his progress and make him feel normal.

Once they leave, Venky gets out of hiding and remembers how he heard Preesha’s conversation, reached Dr. Radha’s clinic, and bribed assistant to change reports and show that he is not mentally fit yet. Rudra acts as waiting for an important call and realizes he left his phone in clinic itself and asks Preesha to reach home in car and take care of sangeet arrangements while he brings his mobile. He returns to Radha’s clinic and questions assistant who lies at first but then agrees after a slap and gives him original CT scan report. Rudra returns home with report and tries to inform Preesha, but she keeps reports aside and takes him to perform ritual. Venky noticing report drops it in fire and acts as getting severe headache to garner everyone’s attention. Rudra noticing reports burning realizes Venky outsmarted him.

Precap: Rudra meets Dr. Radha and informs her that she saw Venky’s wrong reports. She says she will get retested again.
Venky hears their conversation. Venky breaks Mishka’s sandal and refixes it lightly with a glue and thinks once she goes on dance floor and dances, her sandal will break and she will fall down. 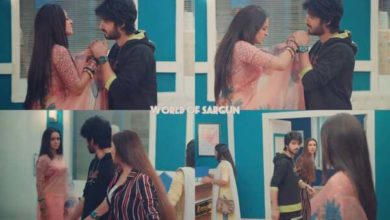 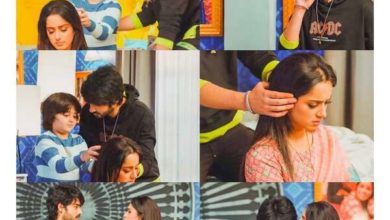 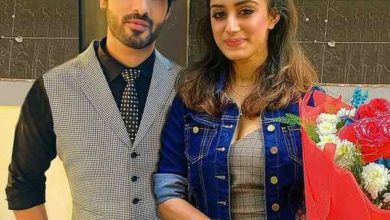 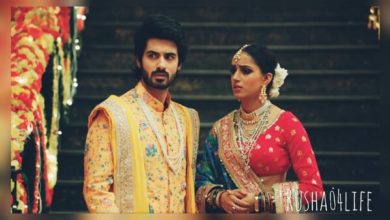