The Episode starts with Abhi saying I m going to find Neil. She says me too. He says it wasn’t your mistake that Harsh had an affair and Manjiri got Neil home, but today it was your mistake. She asks how. He says I asked you not to interfere in the house matters. His imagination ends. He leaves.

Neil recalls Harsh. He gets trapped in the net. Akshu says Neil will come back, Abhi went to find him. Manjiri says you spoiled everything, his pain won’t get less. Neil shouts for help. Abhi comes there and doesn’t see him. Neil gets free from the net. Mahima says Akshara, just leave us alone, Manjiri isn’t interested in talking to her.

Abhi looks for Neil. He shouts. Harsh sits to have some water and medicine. Akshu says I wish Neil comes home, then I will see whatever happens. She gets Aarohi’s call. She asks what….She runs out of the house. Parth stops the car and cries. Shefali asks what happened. He says I m scared for Neil, he is very emotional, I just wish to find him once. She says nothing will happen to him, come.

Akshu comes home and sees Neil. Aarohi recalls saving Neil from dying. Neil says you should have let me die, why did you stop me. She asks him to sit in the car. FB ends. Akshu cries and goes to Neil. She takes a kachori for him. Neil says you don’t know me, you didn’t tell me anything. She says give me a chance to explain. He asks does anyone treat a brother like this. She says listen to me.

Suwarna and Manish worry. Manish says I m worried that these misunderstandings get cleared late. Suwarna says Manjiri may misunderstand, but Neil may not. Neil asks Akshu to stop the drama. Akshu asks him to just sit, come home, Manjiri is unwell, don’t talk to anyone, but just come. Abhi comes home with Mahima. He sees Neil. He thinks Akshu doesn’t say what she must and doesn’t hide what she must, why. He hugs Neil. He asks does anyone do this, everyone is so worried.

Mahima says Abhi take him home, we will talk to him there. Neil gets angry and goes away. Abhi stops him. Abhi says nothing changed between us, I was your elder brother and will always be, don’t run away from life, stop and see the life, then… Neil asks what will happen, tell me, I will not go to that house.

Manjiri asks Abhi for Neil. Abhi sees the media and says we should tell them the truth. Akshu asks him to stop. Akshu and Abhi have a moment. hame tumse pyaar…..plays…. 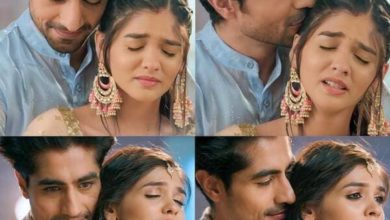 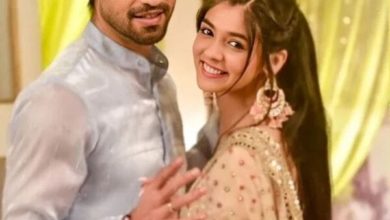 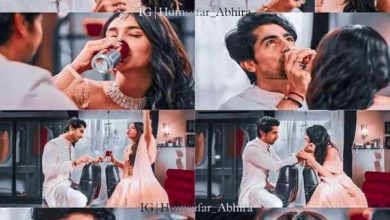 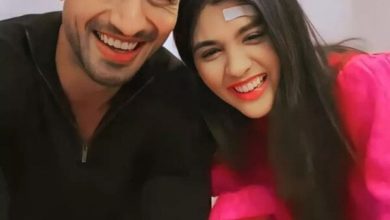