The Episode starts with Anisha saying evil eye will ward off the bad sight. Abhi shows the same rakhi. Neil says they have a good tuning. Anisha says Kairav helped me in buying this. Abhi says but I get this credit. She says Abhi is my fav brother. Parth and Neil say we know. Kairav asks Akshu what is she thinking. Akshu says nothing. He gives a gift.

He says we all want you to become a big singer, we want your talent to reach many people, these ashram kids can’t afford costly classes, but we can afford to teach them without fees, never stop talking their classes. Abhi says wow, it’s a thoughtful gift, now Akshu will disappear, don’t forget me, earn your name by music, its my wish also.

Everyone claps. Kairav says Akshu will become a big star, Abhi and I will be her big fans. Abhi gets a message, and says sorry, you cleared the 4th round of the audition, you are eligible for the next round, it’s a nice day good. Kunal thinks. He congratulates Akshu. Abhi says she is chosen among 20 people from the country, it will be live telecast, we all can see it. Kunal says it’s a singer’s wish that her voice reaches the world. Neil says we should cheer for Akshu. They all cheer for Akshu.

Kunal leaves. Anand asks where did Kunal go. Abhi gets Kunal’s message. Neil says what urgent work does he have. Parth says maybe he feel awkward here. Driver comes and gives a form to Abhi. He says Harsh has given this. Abhi says its consent form, its to confirm that doctor won’t get blamed for any mistake during the operation. Dadi asks what is this. Aarohi says it’s a part of the procedure. Abhi signs the form.

Akshu says don’t act innocent. Anisha says its nonsense. Akshu says you are doing a shameless thing, you are having an affair, you want to continue your affair after marriage, I can’t believe it, you want to do this with Kairav, you are cheating your entire family, go and accept, marry that guy, what’s the need of this marriage drama, why are you cheating Kairav. Anisha says you are misunderstanding. Akshu says explain me the truth. Kairav comes and says no need to say anything now. He sees Anisha. Akshu cries.

He says no one forced you, we didn’t talk since months, I had feelings but would have ended it, why did you do this proposal drama, who am I to judge you if we have no relation, why were you cheating me, I didn’t know about this. Kairav stops Anisha from saying. Akshu goes. Abhi asks how can you do this, what were you and Kairav saying. Abhi laughs and says sorry, I thought to have some fun, I m not a good actor.

He asks why did you get so serious, what happened. He says I was showing anger, you are showing tears, right. He hugs her and says it was a good day, I forgot about my hand pain, since Kunal said my hand will get fine, I lost the fear from my heart, I got a new hope. She thinks I can’t share this with you. She says I will just come. He holds her in arms and kisses her. Akshu cries for Kairav. She says Abhi will know this some day. Anisha drinks water. Abhi asks what happened, you aren’t well, are you worried. She says nothing, all okay.

He asks her to say what happened. Anisha hugs him and cries. Akshu comes to Kairav. He asks why did I get this punishment. Akshu says sorry, I wanted to know the truth first and then tell you. He says I will not tolerate this cheat. Anisha says I can’t do this marriage. Abhi asks what happened. Akshu asks Kairav to be strong. Kairav says she didn’t reply to my calls and messages, I accepted that our relation is over, why did she come back, I started dreaming for the first time, I started planning. He cries.

He says when we men get serious, then every little thing matters. Abhi asks Anisha not to worry. Manjiri says I will tell you what happened. Kairav says marriage means trust, a right to trust each other, trust is the base of any relation, everyone was involved in this marriage, Anisha did too wrong with all of us, we can’t even tell anyone, we won’t tolerate cheating. He leaves. Manjiri looks at Anisha.

Precap:
Kairav says I can’t tolerate cheating, Anisha has to accept this in front of everyone. Abhi and Kairav fight. Akshu cries. 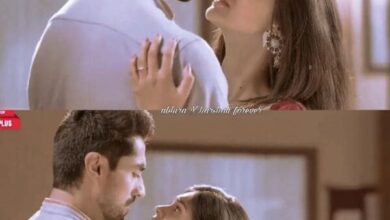 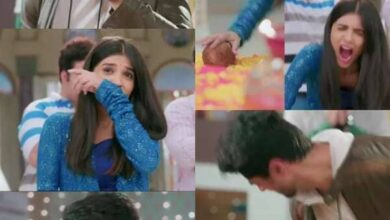 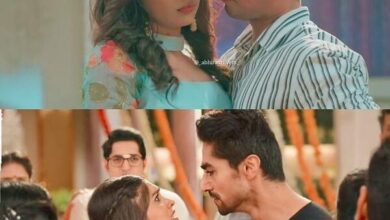 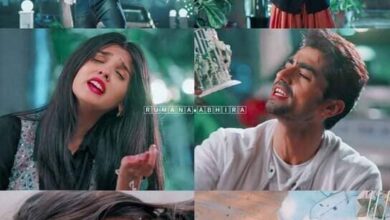