Mamaji asks Anuj if he and Anupama share their household chores for 6 days, what about 7tth day. Anuj says they will go out on weely date night. Kinjal asks Toshu to learn something from Anuj. Toshu says Anuj is giving a tough competition to half of the country’s boys. Mamaji jokes he is glad that he is single. Everyone laughs. Anupama says she doesn’t know if she did some good deeds in past and present life that she got such a good life partner like Anuj who imagines Annapurna, maa Saraswati, and maa Lakshmi in a woman and consider his wife a true life partner and value her hard work and true identity, and not like someone who criticize woman that she smells masalas even after her whole day’s hard work in the kitchen, etc. Everyone gets emotional hearing her long emotional speech. Anuj wipes her tears. Anupama thanks him for giving her respect. Everyone applies haldi to her while Vanraj and Leela sit frowning aside.

Anuj with Samar waits for special guests. Special guests (eunuchs) visit in. Anupama recalls their blessings last time. Eunuchs say nobody invite them for special occasions. Anupama says they are her friends as one who blesses is a friend and who one betrays is a world. Eunuchs perform her nazar and dance around her and Anuj. Anuj then offers them money as a gift. Eunuch says friends gift during wedding and not take it from them. She performs nazar again with money to distribute among poor. Devika says Anu and Anuj’s marriage is really an example for everyone. Anuj thanks them for coming. They bless them again and walk away. Kanta taunts that one who were not even related blessed the couple and someone didn’t even respect 27 years of relationship, they should understand it. Hasmukh says let it go.

Devika tells Anuj let us go now. Anuj says one minute. Malvika says Anuj doesn’t want to separate from Anupama at all. Anupama and Anuj thank everyone for participate in their wedding and happiness and making their special day more special. They emotionally praise each person’s sacrifice and help them and pray god that people who want to have a second chance in life should get a family like theirs. Hasmukh cries emotionally. Devika and Malvika gift wedding dress to Anupama while Toshu, Samar, and Devika gift a wedding dress to Anupama saying there should be equality in everything. Anuj says he will be Anupama’s husband after marriage but will be her children’s buddy always. Anupama realizes he is acting on Vanraj’s reaction and thanks him. Malvika drags Anuj from there while Anuj waves bye to Anupama. Anupama feels shy thinking about her wedding tomorrow.

After some time, Leela prepares turmeric milk in kitchen yelling that wedding should finish as soon as possible and Anupama get rid off her house soon. Anupama bumps into her and haldi falls on her. She thanks Leela for applying haldi on her. Leela says it fell by mistake. Anupama hugs her from behind and says she will always be her mother and she wants her mother to attend her wedding and bless her. Leela stands silently. Kinjal and Pakhi plan to get Anupama for her wedding tomorrow. Anupama feels emotional. Kinjal’s baby kicks her and she gets tensed. Anu explains her its normal and feels happy for her. Pakhi starts crying seeing a mother’s care and hugs Anupama.

Vanraj notices Kavya happy and questions why she is happy in her sautan and enemy’s marriage. Kavya says Anupama was never their enemy and always helped him; she is just trying to be happy in Anupama’s happiness as she doesn’t have a reason to be in her life. Vanraj says people will laugh on her. Kavya says let her, Anupama, and people be happy and suggests him participate in Anupama’s happiness as there are many women who thrive for happiness. Kinjal tells Anupama that she needs her help in every step of life. Anupama says she is with her and then stops remembering about her marriage. Kinjal says its okay if she cannot be with her all the time and requests her to visit her often and hold her baby for the first time as she wants Anupama’s qualities in her baby.

Precap: Anupama assures children that she will never change for her children even after her marriage. Malvika informs Anuj that she needs to return to USA today. Anuj says he will not marry without her presence. 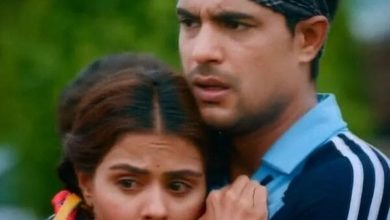 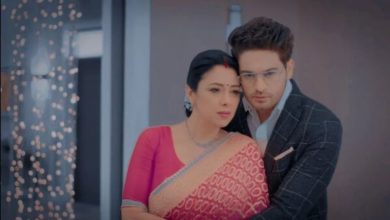 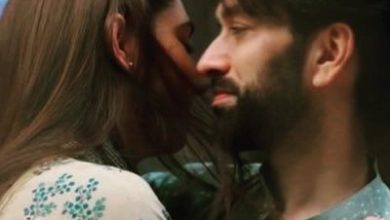 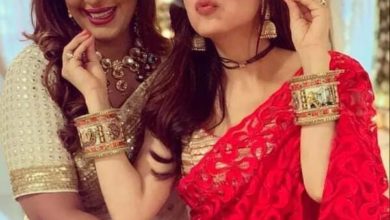