Gaurav Khanna may have been a been a part of the television industry for 15 years, but he surely has arrived now. Loved for his character Anuj Kapadia in Anupamaa, Gaurav seems set for his new innings in showbiz. Ask him about this and he says, “My innings were on but unfortunately beech mein kaafi time ke liye matches hi nahi ho rahe thay because of the lockdown! I was always working on TV but yes, the response to my current role is amazing and I am thankful to God and the audience for this. I am suddenly getting messages from people that I act well but I really don’t know what to tell them as I have been acting in the same capacity for the past 15 years. Like they say waqt se pehle aur kismat se zyada kabhi kisi ko kuchh nahi milta.”

Talking about his acting journey and comparing it with his favourite sport cricket, Gaurav shares, “Coming from a city like Kanpur to make it in the entertainment industry, I had no choice but to work hard and keep going. Anupamaa has been a game-changer for me. It is like the last over, last ball, and a six kind of a situation for me. I always believe that a good actor, or for that matter a good player once in his life does get his due. So I was waiting for this one role all these 15 years though I always had this niche fan following of mine. Getting recognition from Anupamaa is like if I was playing Ranji all this while I have now got to play IPL.”

Recently there was buzz that his contract was coming to an end, but Gaurav dismisses the rumours as baseless. He says, “When I joined the show, Rajan Shahi sir told me that this is an important character, but still, nothing is permanent. A lead actor on a show knows that his character is there for a long time, but if you enter a show midway, as I did in Anupamaa, nothing is fixed. But this is fake news that my contract was for three months and it has ended now.”

Missing the chill of his hometown, Gaurav says, “I simply love winters of Kanpur and it is basically because of two reasons. First is that I get to wear stylish jackets during that season, which is unfortunately not possible in Mumbai. And secondly, I love the malai-makkhan that we get to eat during winters in Kanpur, which is also the speciality of the city.” 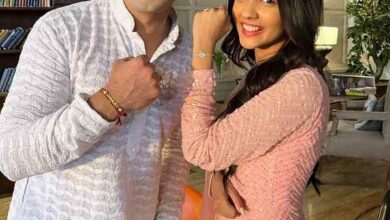 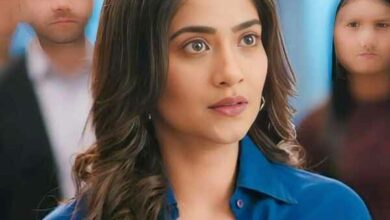 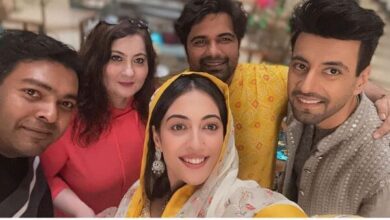