Ninad emotionally pleads Sai to look at her baba/father once. Sai looks at the other side. Samrat says Sai is getting emotional seeing them all and since many people are not allowed here, they should go. Omkar rudely says they should go then. Bhavani asks Sai to get well soon and return home. Shivani says with Bhavani’s prayers, Sai will return home soon. Sunny brings coconut water for Virat, but Virat asks nurse too feed it to Sai. Nurse takes it to Sai’s room and seeing crowd asks what are so many people doing. Ninad explains that he took Dr. Pulkit’s permission as Sai’s elders wanted to see her, asks her to feed coconut water to Sai. Nurse tries to feed Sai, but Sai turns her face. Bhavani requests her to have it for their sake. Samrat says if she wants to return to college soon, she should have food. Ninad asks when will Sai get discharge. Samrat says he doesn’t know and is tensed seeing her not speaking, he thinks they should let her rest. Shivani emotionally says Sai will speak soon. Mansi says she will take care of Sai once she returns home and will warn Pakhi not to speak bitter with her, Sai will see a peaceful environment once she returns home. Bhavani also promises. Ninad says she should return soon and spread happiness again. Sai doesn’t react.

Virat watching from window walks in. Nurse says Sai is not drinking coconut water, but may get emotional again seeing him. He says let him try. She agrees. Samrat takes everyone out and watches from outside. Virat offers coconut water to Sai, but she turns her face and cries. He says he knows she is angry on him but unable to vent it out on him, so she should save her anger for later and have coconut water. He acts as speaking to Kamal sir and mimics him that Sai never disobeys him and understands only a language of love. Sai gets cries more hugging him hearing him speaking her Aaba’s dialogues. He says her Aaba would have done same if he was here, she should have it at least for her Aaba. She notices him feeling weak. Sunny enters and says Virat is hungry since long, so she should tell him to take care of himself also. Sai signals Virat to have it first. He sips some and feeds her. Family gets happy seeing them feeding each other.

Pulkit returns. Ninad asks him to inform what is Sai’s exact status. Pulkit says her condition is better than before, but they can’t be too sure. Shivani says Sai is unable to speak. He says Sai needs rest and seeing Virat in says at last Virat went to meet Sai. Samrat says Virat didn’t want to, but he insisted him; Sai didn’t want to have coconut water but is having on Virat’s insistence. Pulkit says Sunny was right that Sai blinked her eyes to meet Virat, they should do whatever keeps Sai happy. Shivani requests Ninad and others to behave with Sai once she returns home and not to repeat their rude behavior again. Ninad agrees. Pulkit says he wanted Virat to meet Sai but was testing him, now there would be much problems between Sai and Virat. Shivani says not even one. They all thank god seeing Virat and Sai’s bonding.

Pakhi enters and gets jealous seeing Virat in Sai’s room; thinks Virat promised not to visit Sai, then what happened, why are elders getting happy seeing Sai and Virat together. Virat thanks Sai for having coconut water on his request and requests her to have medicine also. She signals its bitter. He says its not cold drink and she should have medicine to get well; says he will take her to Gadchiroli if she wants to; then apologizes if she is irritated with his blabber and says he will be around her if she wants to.

Precap: Sai asks Virat if he thinks she will not speak, he is wrong; she will speak and vent out her anger on him. He says he is happy that she is speaking again. 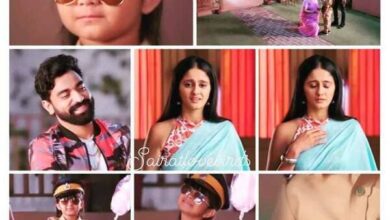 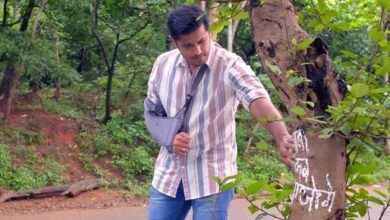