Anupama tells Samar that she knows that its life but just wants to say that when a thread tangles, they either entangle it or break it, but when a relationship is tangled, a person breaks from within just like their whole family broke from within with her and Vanraj’s divorce. Bapuji says Anu is right and gives example of his childhood bat where he used to fix its handle repeatedly.

Baa gives another example. Anu says one cannot break a relationship so easily. Samar says she broke her relationship though. Anu says it was never about her and asks if his and Nandu’s relationship is even a bit like her and Mr Shah; says there would be issues in relationships.

Vanraj says where there are issues, they should end such relationship; why everyone are forcing Samar to follow unwanted relationship, they forced him with Anu earlier and now Kavya, he suffocated each day and doesn’t want his son to suffocate like him. He asks Samar to become like his mother and not like him who broke her cage of unwanted relationship and moved on, but he changed his cage and is suffering even now; he shouldn’t make a relationship which is not perfect and not a forced one.

Anu says he didn’t understand that every relationship is not perfect and they need to make it perfect by working on it each day; he loved Kavya and married it, but doesn’t want to follow it as relationships are not made of plastic to stay same for years; relationships are made of people who change, break, fall fall, and get up, etc. He warns her to stop her philosophy and tells Samar that his marriage may go well for 2-3 days and then he will feel suffocated and there will be cracks in the relationship.

Anu says he should fill those cracks. Vanraj continues and says if he has problem with this relationship, break it and make a new one and break even it if he doesn’t like it. Anu warns him not to teach wrong to her son. He says Samar is also his son. Anu says he is trying to change the nature, people and time may change, but nature will not. She apologizes Samar for confusing him and says she trusts him and knows he will take a decision after calmly thinking well as they get love with great difficulty and he will repent his whole life if its gone.

Nandini loses house lock keys, calls key maker, and vents out her anger on him. He walks away asking her to call another key maker. Anu enters and offers her left key at home. Nandini asks not to take Samar’s side again. Anu hugs her and says she always supports a weak child. Toshu enters and signals her that he will handle it. Anu leaves. At office, Anuj and Malvika greet Vanraj seeing him coming, but Vanraj ignores them and walks into his cabin. Anu also ignores them and walks into her cabin. Anuj says something has surely happened. Malvika says they both should check on their partners.

Baa informs Bapuji something. Bapuji concerned asks why is she informing him so late. Baa says she thought Anupama would handle it, but she couldn’t. Bapuji says if he had known earlier, he would have stopped Kavya somehow. Baa says she is ready to do anything including havan, waterless fast, etc.

In park, Toshu tells Nandini that he is here as her brother and not Samar’s. She says she is feeling alone. He says she should think of her and Samar’s relationship and not Vanraj and Kavya’s. She says Samar broke up with her and Vanraj told she is unfit for her son. He says papa was in anger and a person speaks senselessly in anger. She says he is not supporting her even now. He says all he wants to say that she should concentrate on her and Samar’s relationship and think calmly what she should do. Nandini and Samar remember their argument .

Malvika walks to Vanraj and Anuj walks to Anu and try to strike a conversation. Vanraj says let him work. She insists him to discuss his problem with her. He says he is tired of the fights all the time, his son’s life is at stake because of Kavya, he worked whole night and had to face a fight in the morning, he made a big mistake by loving Kavya and biggest mistake by marrying her.

He then sarts his mind game on her and says Mukku understands him better as she also made same mistakes. Anuj revolves Anu’s chair and says he will not stop until she discusses her issue. She asks him to stop being childish. He says he will not. She says she will and says Mr Shah and she are back at the same path where they didn’t want to go. Vanraj says he suffered a lot due to Kavya, but he had his family with him, but how did she suffer alone.

Precap: Vanraj tries to manipulate Malvika, holds her hand and looking into her eyes asks if she trusts him. She reciprocates and smiles. Anu notices that and warns him that he is doing wrong and should handle his house and children instead. Vanraj asks her to leave and says he wants to handle Mukku. 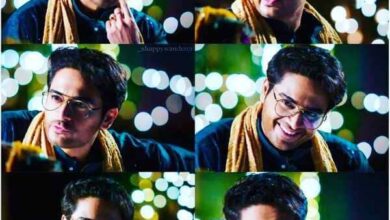 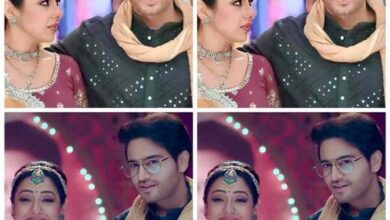 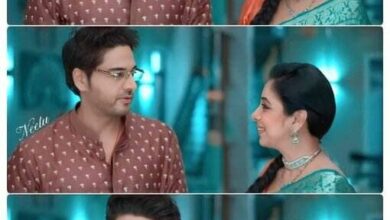