Anuj asks Anupama if she didn’t feel bad hearing about his secret. She says not at all, she felt a bit bad regarding Mukku though. He thanks her and explains a divine bonding between a mother and child, him getting immense love from his adopted parents, and his tryst to prove his love for them, etc. Vanraj sees Malvika waking up early and removing decoration.

Malvika says she she woke up early and thought of doing some work. She asks if he is shocked with her and brother’s secret. He says actually yes. She says Anuj is really good, but sometimes talks stupid like today’s orphanage talk; so Vanraj shouldn’t take it serious and note it down somewhere, especially in his diary. He asks why will he. Anuj continues explaining Anu that his parents were like his god, he never thought of profit or loss in relationships, and he wants his parents to feel proud of him wherever they are, he wants to give same immense love to Mukku after their parents’ untimely death, how his mother used to call him raja beta/king son. Anu makes a newspaper crown and fixes it on his head and says he is really special.

Malvika also feels bad for her misdeeds and tells Vanraj that she fought with Anuj and stupidly shifted to Shah house, Anuj forgives her every mistakes and now wants to give her whole Kapadia empire. Vanraj says its a 1000 crore empire.

Malvika says whether a rope is of 2 rs or 1000 crores, she doesn’t want to tie it in her legs. He asks if she doesn’t want to become an owner of such a big business empire. She says not at all, she just wants to be her own boss; she will do business with him if she wants to or else she will handover all the business to Vanraj and walk away; she just wants to be with her brother and is happy however she is.

Anuj likes Anupama’s prepared newspaper crown and says he is not special but this moment is as she is with him. He recites a shayari. Vanraj tells Malvika that both brother and sister love each other. Malvika acts amaze. Vanraj asks if thought that Anuj wants to transfer business to her to make her responsible.

Malvika asks if she is not responsible. He says of course not, she hasn’t identified her talent yet and hence Anuj wants to make her realize her talent. She says she will join a painting competition to show her talent or clean cupboard to show responsibility, what is the need to do business for that. He says its not a burden but a power, so she should look via Anuj’s perceptive as every brother wants to see his sister successful. She asks if he is explaining or provoking her. He says he didn’t mean it and asks what had happened 10 years ago that she left her house. She gets angry and walks away excusing herself.

Anuj continues chatting with Anuj and says anything in excess is like a poison, he doesn’t feel happiness with money and power but spending time with her. She shies and says even money is necessary to lead a life. He says money is a need and not necessity, middle class people are more happy as they have quality time to spend with family. He says he wants to give up all his wealth and live a simple happy life like Anu.

Malvika returns to Vanraj and says she didn’t like his question, so walked out. He says its okay, she need not answer it. She says GK says she doesn’t understand relationship, but she has in recent times, so she wants to advice Vanraj to think well before divorcing Kavya as they fight in every relationship be it siblings or close relatives, then why divorce only wife. He suggests her to burn his divorce papers like she burnt property papers and patch up with Kavya; he already made a mistake by divorcing Anu and shouldn’t repeat it. Vanraj says he made a mistake by marrying Kavya and is trying to correct it. She hugs him and says everything will be fine. Kavya gets angry noticing that.

Anu tells Anuj that she likes him as a person, not because of his money; she respects Anuj and doesn’t matter if he is Kapadia or not; it doesn’t bother if he is rich or poor, only thing matters is he loved her immensely for 26 years and maintained the dignity; she respects him more than before now. He says he hid one more secret with her. She asks if its regarding Mukku, he can if he wants to or may not. He asks if she is sure and thinks he wants to, but won’t be able to.

Anupamaa : Kavya Plots & Gets Anupama’s Share of the House

Anupamaa : Kavya Plots & Gets Anupama’s Share of the House 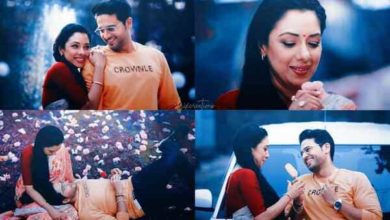 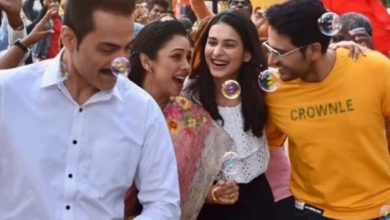 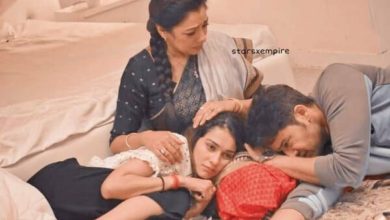 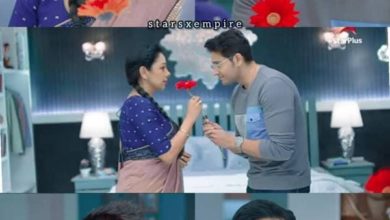