Anupama rushes to Shah house blabbering its good today is Sunday and week off or else it would have been difficult for children alone to handle wedding arrangements. She prays tulsi plant to keep rain away today. Kavya gets jealous seeing her and thinks of clearing her dues with Anupama. Anu and Dolly get Baa ready as a bride. Baa says sometime mother gets a daughter ready and sometime a daughter gets her mother ready, its a circle of life. They both say she is looking very beautiful. Vanraj gets Bapuji ready as a groom and says its good that Bapuji’s fate is not ill like him regarding marriage.

Bapuji says one has to handle issues, even he should. Vanraj gets a message that his parcel has arrived. Baa gets emotional. Anu asks not to cry today and keep smiling. Bapuji enters wedding venue dancing on Sajanji Ghar Aaye.. song with a swag. Family joins and dances with him. Anu performs Baa and Bapuji’s aarti. GK asks Anuj if he is feeling jealous seeing Anu and Vanraj together. He says they are together for children and family and he doesn’t mind. Baa and Bapuji exchange garlands and celebrate their golden jubilee wedding anniversary. Family wishes them to be together for another 50 years.

Anuj gives them a gift and wishes them happy golden jubilee wedding anniversary. He says they should make this couple play a game. They agree. He gives them ropes and asks them to make a knot with 1 hand to evaluate their compatibility. They succeed. Everyone clap for them. Samar calls everyone for a group picture. Vanraj stands keeping his hand on Anu’s shoulder behind Baa and Bapuji. Kavya gets jealous and pulls her out. Vanraj gets angry and asks why is she misbehaving. Kavya says Anu misbehaved with her during Toshu’s wedding when she slapped and kicked her out of house, then Anu was a gharwali/insider and herself baharwali/insider, now she is gharwali and Anu baharwali.

Kinjal says it was a different situation that time. Vanraj says she should talk later. Kavya insists to talk right now. Anu says they should speak in a room instead of spoiling Baa and Bapuji’s wedding anniversary or else she will show her old avatar again. Kavya says this is her house and she will take her to a room and drags Anu along, remembering Anu doing same. Family feels embarrassed with Kavya’s misbehavior. Anuj says he knows he shouldn’t comment, but kavya’s misbehavior with Anu is wrong.

Kavya takes Anu to her bedroom. Anu remembers Vanraj’s betrayal. Kavya says she must be having problem in this room. Anu says she has problem by coming here without a reason. Kavya asks then why she barges into her house and life without a reason. Baa tells Bapuji that situation was stabilizing with great difficulty, but Kavya started it again. Anu says she is here for Baa and Bapuji’s wedding anniversary. Kavya says why she is always here instead of working, she is a partner of a big company, even the she and her boyfriend are here all the time. Anu replies that they work and not act like her.

Kavya shouts why she hijacked all her celebration ideas and took over every arrangements. Anu says that’s because Kavya couldn’t and incapable, she doesn’t like seeing her and Vanraj’s faces, but comes here for family’s sake. Kavya asks then she shouldn’t come. Anu says she will not if she takes cares of Baa, Bapuji, and children, but she is busy conning them. Kavya says its easy for her to say this as she had a house. Anu says she hadn’t grabbed a house by conning and betrayal like her. Kavya says she wanted security. Anu says she got security now, then why she is afraid of losing it; she is losing her family and even Vanraj with her heinous act. Kavya shouts there is nothing like that. Anu says there is. Kavya shouts you blo*dy embarrasser, just shut up.

Anu picks her phone and checking its meaning and says she could directly say a fool in Hindi instead of using hifi English words; asks if she is done with her argument and gives gyaan that to keep Mr Shah happy, she needs to keep his family happy or else she will be left alone. Kavya shouts she doesn’t need a family. Anu says she needs a family in happiness and sorrows and once she gets old, she needs a family; one needs 4 people to bury them when they are dead; she should stop her heinous acts or else will be left alone. Vanraj gets a courier. Anu continues that she is still young and can buy 4 more houses with her hard work as nobody is benefitted after stealing someone’s stuff, she change before its too late and remember her words or else will break down.

Precap: Vanraj offers divorce papers to Kavya and says Baa and Bapuji’s remarriage has finished, its time for his breakup again. 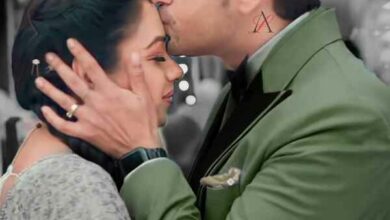 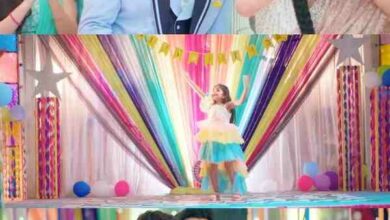 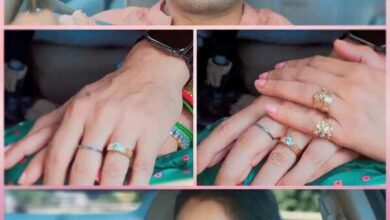