Scene 1
Mira says this girl has no right to live. She will die. She puts gun on Pakhi. Yug is brought there too. Mira shoots in his leg and says you’re so useless. I accepted you after so many years still you failed. I should’ve killed you in my womb. He is shocked. Mira says to Agastya I will shoot Pakhi in a minute. I am stepping out. Samir says please don’t do this. Please I get you. Agastya says Pakhi look at me. Our relationship isn’t weak. We’re tied by nature and this thread isn’t that weak. You get what thread am I talking about? He tries to give her a clue. Pakhi recalls the thread he tied on her wrist. Agasatya says Pakhi will you let that thread break? It’s your decision. You can break our thread if you want. Mira is confused. Agastya counts till 2.. Pakhi breaks the thread in her thread near Mira’s face and it does a small blast. She falls down. Police arrest her. Pakhi says to Mira you can never win from Agastya. He’s a lot smarter than you. Inspector takes her to jail.

Agastya picks Yug and says I will get you released. I feel very bad for you. Only two people who were related to you made you do all kind of bad things and used you. First me and then your mom. Trying to find love makes you do a lot of bad things. I will hire a lawyer for you. I will get you out and wait for you to return. Yug is in tears. Pakhi hugs Agastya. Everyone is happy. Dadi says Agastya.. He hugs her. Pakhi hugs her too.

Prema asks Pakhi will you come with us? Pakhi shakes her head. They leave. Agastya says Pakhi you should go with your family. The love you deserve only they can give you. Dadi says we can’t ask you for anything after all that has happened to you. You can decide how you want to live your life. Pakhi recalls everything. She steps back. Pakhi walks out.

Scene 2
Pakhi comes home. She thinks about Agastya. Prema comes to her. Pakhi ignores her. She says I am not hungry. Mira says what have you thought about yourself and Agastya??
Dadi says to Agasstya Pakhi has forgiven you. I’ve seen it in her eyes. You should forgive yourself too. Agastya says she will never come back to my life. Dadi says she’s loved you as much as you’ve loved here. I know her wounds are deeper. Time can fix everything. Prema says to Pakhi Agastya has changed. He’s loved you like crazy all his life. Your dad and I have forgiven Agastya. You can decide to do what you like. Agastya says to dadi I don’t deserve Pakhi. You’ve to help me in my decision. dadi says what decision? Agastya says I know Pakhi will never forgive me. Dadi says what’s your deicison? He says I want to be alone for a while. He leaves.

Scene 3
Pakhi sees her childhood things and things Agastya has given her. She says I know Agastya did wrong but I feel peace with these things too. Shanaya says will you never go back to Agastya? Naveli calls Pakhi. Pakhi is shocked.

Naveli and Mona read the papers. Pakhi sees the papers. Naveli says he’s signed the divorce papers. Agastya leaves the house with dadi. Dadi says to Agastya before taking such a big decision decide once. He says I’ve done so wrong with Pakhi. She will never be happy as long as I am around. mona says I don’t know where mom and Agastya went. Samir aasks Pakhi what are you thinking? Agastya is on his way to airpot. He says dadi your Agastya is strong. I’ve to accept that Pakhi isn’t in my life anymore.

Pakhi runs out of the house. She takes a bike. Pakhi says I am sure he’s going to the airport. They ask her to be careful. Dadi says I know she will stop you. Agastya says she will never know how far am I going. Dadi says you and Pakhi are soulmates. Pakhi is on her way. DAdi says you can never go away from her. Pakhi drives near his car and says stop the car. Agastya is shocked. Pakhi says I knew she would come. Agastya asks driver to stop the car. Pakhi comes to his car. They look at each other. Pakhi says you can never leave me. I will find you from any corner of the world. Agastya was imagining it. Pakhi shouts come out. She drags him out and says you want divorce? At least wait for me to sign the papers. I have no issues with signing the papers. I will sign them. 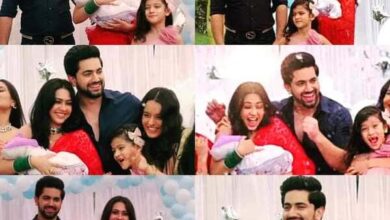 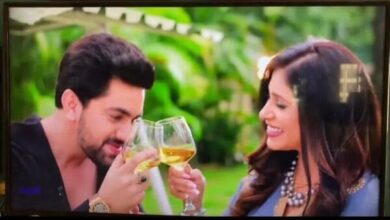 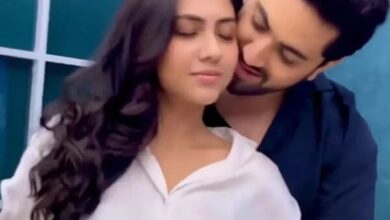 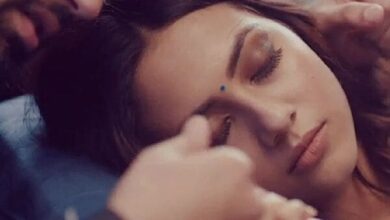