The Episode starts with Manmeet’s introduction. She has won the best architect of the year award. A lady asks Gunjan to stay well, its her marriage after 15 days, get ready fast. A car comes inside the mansion. The lady says your dad has come, get ready and come. Ajeet comes and meets the guy’s parents. He says you know about Shimla’s traffic.

Gunjan comes and greets the guy’s parents. The guy’s mum says we have become friends. They show Manmeet’s pic on the magazine cover. The guy’s dad asks is she your elder daughter, Manmeet Shergill, she is the top architect, you didn’t tell us, she is so popular. Ajeet says I told you about my daughter. The guy’s mum says we are happy that Gunjan is a celebrity’s sister, call her, make me talk to her.

Ajeet says actually… we have some issues, maybe she doesn’t come in marriage. The guy’s mum insists them to call Manmeet. Manmeet is busy in the photoshoot. She takes her son Anmol. She says we will have Anmol’s photoshoot today. She talks to her assistant Sharda.

Manmeet talks to a lady about Anmol. The lady asks for the baby’s father name. Manmeet gets a call and says Raj Kumar Yadav. The lady says so Raj is his father. Manmeet sys I m the baby’s mum and dad both, fill the form fast. Manmeet asks Vidya to take care of Anmol. She says he never cried to stop me from going to office, he doesn’t leave me when I have an off, how does he have this sensibility. She comes to office.

Mishra says we can’t get saved. She gets a document and says Raj Kumar Yadav, where is he. Hussain comes. She asks him to fire Raj. He says you aren’t tired of arguing every day, Raj is here for one year internship, just ignore him, his dad is our big financer, this sky city is your dream project, right, this belongs to him, I will handle his problems, don’t worry.

Manmeet checks her mum’s missed calls. She calls home. Sharda asks is Puneet at home. Ajeet asks who are you. Sharda says I m her school friend, Saroj. Ajeet gives the phone. Puneet takes the call. Manmeet asks are you fine. Puneet says your dad will call you today. Manmeet asks did he agree on your saying. Puneet says Gunjan fought with him, so he agreed.

Manmeet says you can call my office number. Puneet says I called, Raj said he will give you my message. The call disconnects. Sharda asks shall I call again. Manmeet says no, dad is at home, he will doubt, mum asked me to come home, it will be a new start for me. Sharda hugs her. She asks her to wipe her tears. Hussain says we have to go to sky city, Mr. Yadav is coming.

Manmeet goes to check the site. She smiles seeing the building. Mishra says presentation will get ready before Yadav comes. She asks him to get back to work. She remembers Ajeet’s words. She says I have an identity. Bhairav Singh comes. She greets Mr. Yadav/Bhairav. He asks her to remove his posters. She asks what’s the problem. He says all the flats are already sold, we have nothing to sell now, I got something for you, Gajar ka halwa,

Hussan told me that you like it a lot. She eats it and likes it. She thanks him. He says you are training my son, does he do some work or… Hussain says your son is an asset to the company, he is getting well trained under Manmeet, you don’t need to worry. Bhairav says I didn’t understand it. He asks Manmeet to explain. Hussain signs her. She says I can’t lie. Bhairav says I understood. Manmeet is on the way with Anmol. She gets emotional.

She says we will go to Shimla. She comes home and stops the car. She sees a guy in the car. She asks who is that person. The guard says there is some guest in your house. She goes to her flat and asks who has come. Vidya says he is inside, in the bathroom. Manmeet asks who. She asks who is there. She opens the door. She sees Raj. She asks Vidya how did you let her come inside, why didn’t you tell me. Vidya says he forcibly came inside. Aashiq hoon mai… plays… Raj drinks.

Precap:
Raj argues with Manmeet. She says you have no talent, you are a line on the calendar for me. Raj says same pinch, you will say sorry to me today. 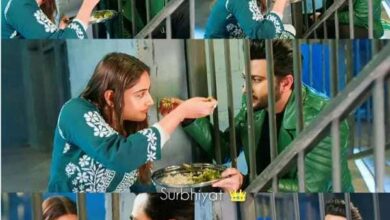 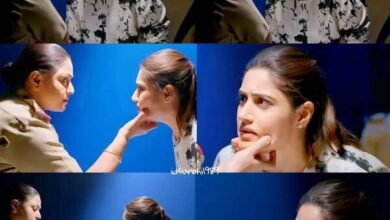 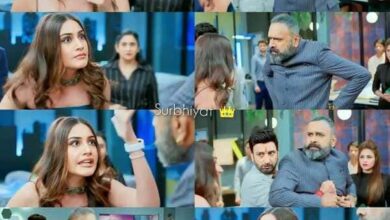 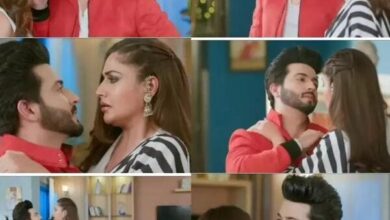