The Episode starts with Ravi coming to the Dugal Industries and comes to Pratiksha thinking she is Keerti. He looks at her. Pratiksha thinks why is he talking as if he know me. Ravi asks her not to scold him. She makes sound asking him to free her. He takes out cloth from her mouth. Pratiksha asks who are you? He looks at her and asks where is Keerti? She asks him to free her hands, and then she will opemn her blind fold herself. Ravi says I will open it. The goons come there. Ravi and Pratiksha beat them. Ravi tells her that he will search Keerti and goes. She thanks him and thinks she didn’t see his face.

Malhar finds Pratiksha’s dupatta in the tempo. Hansa calls him and tells that Pratiksha’s Chacha has scolded her so much. She says once they get jailed, they will grind the chakki. Malhar says I have reached there. Hansa gets relieved.

Ravi sees Keerti captive by the goons. He thinks to divert the goons and sets on the fire. The goons run to set off the fire. Ravi comes to Keerti and says he has rolled many papads to reach here. He says he has left the meeting and came here. He tells that he had come, but saw another girl whom he misunderstood to be her. He says what was her name? Keerti scolds him for coming late and tells that she will save her NGO girl. He says we shall leave. She calls him selfish and tells that they will save all the girls first.

She tells that he is a rich spoilt guy. He says you are also the same, don’t have any work and that’s why runs the NGO. They argue. Ravi says if I run away with someone, then you will repent. She says she will be relieved. Ravi sees Malhar and beats him. Malhar also fights back. He says he is not the goon. keerti stops Ravi. Malhar tells that he has come to take Pratiksha and shows her pic. He then makes a call to Hansa, to make them believe. Keerti says sorry to Malhar.

Malhar goes to Pratiksha and tells her that Hansa sent him. The Police comes there and arrest the goons. Keerti thanks Pratiksha for saving the girls. Pratiksha also thanks her. Police Inspector thanks Ravi for calling him. Ravi says Keerti can sue you. Keerti thanks Inspector. Pratiksha tells Malhar that she will thank her protector. She walks towards him, but he goes. Keerti offers to drop them. Malhar says they will go on his bike. They reach home. Prateik hugs Pratiksha. He thanks Malhar for saving her. Malhar says it was his duty. Her sisters ask her if Malhar is her savior. Pratiksha says her protector is someone else.

Ravi drops Keerti to her house. She asks him to leave her dupatta and says you came late and scolded me so much. He asks her to get her dupatta freed herself. Kinjal asks Pratiksha who was he and tells that if she was on his place then she would have get close to him. Pratiksha says Ms. Bak bak.

Precap: Ravi is going to propose Keerti. He collides with Pratiksha in the lift. Pratiksha tells him that he got his love. She says she also agreed for the proposal. 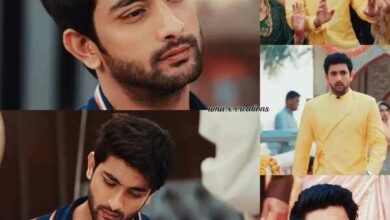 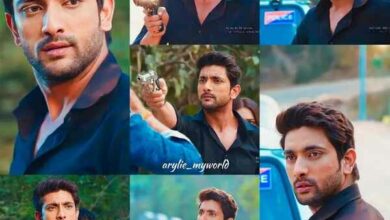 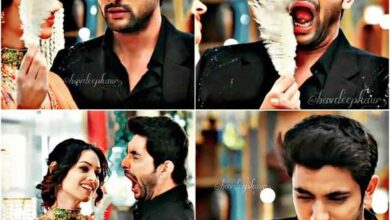 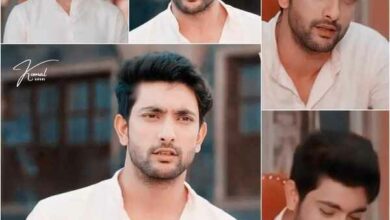