Virat meets his seniors. DM says he learnt from the inspector about him and his wife adopting for surrogacy and one of his family members Pakhi tricked and replaced herself with the surrogate woman, he is surprised that Virat was present there. Virat agrees. DM asks why didn’t he stop the illegal act. Virat says he was desperate to have a baby and couldn’t stop. DIG asks if he informed about the incident to the department. Virat says no.

DIG says he is disappointed with his careless behavior. DM says they have ordered an enquiry regarding it and he is suspended till the enquiry finishes. Virat hands over his service revolver and signs on the suspension order.

Pakhi cries in jail. Her inner conscience emerges and asks what else she will expect as a consequence of her sins. Pakhi says she did it for Virat. Inner voice says she did it for herself and tried her best to separate Virat for Sai, she even tried to snatch a baby from her mother. Pakhi realizes her mistakes. Virat returns home and shows his suspension order to his family.

Bhavani blames Sai for getting Pakhi arrested because of which Virat is suspended. Sai says she didn’t complain against Virat. Virat says its not her mistake, he should have stopped Bhavani and Pakhi’s illegal act. Ashwini cries that her son is suffering because of Pakhi’s sins. Bhavani blames that if Sai had not sent Pakhi to jail, this wouldn’t have happened and their family name wouldn’t have been ruined. Virat returns to his room and hits his hand to the wall feeling guilty because of his ignorance. Sai tries to stop him. Virat says he is unable to face himself because of his ignorance.

Vaishali visits Pakhi and says her father Shailesh has gone to meet a lawyer and get bail for her. Pakhi asks not to do that as did sins in lieu of snatching Virat from Sai. Inmates laugh that she is a bigger criminal than them who uses her emotional drama to trap others. Vaishali warns them to dare not trouble her daughter. Inmates warn her back that its a jail and not her house that they obey her order. Vaishali gets Shailesh’s call that lawyer denied to fight Pakhi’s case.

Bhavani insists Sai to take back her case on Pakhi. Sai refuses. Ashwini and Shivani backs Sai while Omkar and Sonali support Bhavani and yell at Sai. Sai gets adamant and says she and Vinayak would have died because of Pakhi. Sonali asks if she is doing this as she cannot keep Vinayak with her if Pakhi is present.

Sai reveals that Pakhi challenged to snatch Vinayak from her and played suicide drama to convince family. Bhavani refuses to trust Sai. Sai says Bhavani would never trust her even if she submits her proofs, she would never want her baby to be brought up a wicked criminal. Bhavani says she can keep Vinayak with her and take back her case on Pakhi. Sai refuses again. 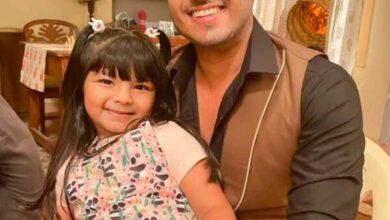 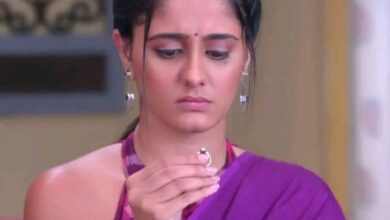 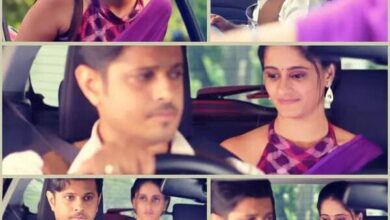