The Episode starts with Neetu making fun of Akki’s family. Brinda lies to Sarika and manages. Brinda asks Ram to gift the bangles to Shivi. Ram gifts the bangles. Shivi says that’s cute. Shubham asks from where did you get this. Ram says I got this from the roadside bangle seller. Nandini taunts Shiva. Brinda asks for who is that another box. Ram says its just like that. Neeraj asks Vedika to help him, Ram has filed a complaint against him that he took the footage and gave it in wrong hands. Vedika argues. He says I need my job, please help me. Nandini comes. He asks her to help him. Nandini says done, you come in the party tonight. He says but Ram… She says you are Priya’s relative, Ram won’t do anything, you can come. He thanks her. He leaves. Nandini asks Vedika to come in the party. Vedika asks why shall we get into this. Nandini says he can get us caught. Vedika says yes. Nandini says we have to end this chapter, we have to use Neeraj, help me in annulment of Ram and Priya’s marriage. She leaves.

Shubham asks Shivi how was the first day. She says too cute, the house is small, everyone stays together there. She talks to Ram and Shubham. She laughs. Ram hugs his friends. He compliments Brinda and says Adi is very lucky. Adi says I know I m lucky, where is Priya. Ram says she went somewhere, she will come on her own, she didn’t tell me. Kunal says she is here. Ram sees Priya coming. Akki and family come. Shivi says I m very hungry, when will the moon come. Akki hugs her and says it will come soon. Ram greets Meera. Priya thinks how to tell this to mum, she will be heartbroken. Nandini says its my daughter’s first Karwachauth, I m glad that you are here, can you come for a talk. Priya says yes. Sara comes and says I have to click Priya’s pics, just some time. She asks Ram and Priya to smile and pose well. Ram and Priya smile.

Nandini messages Neeraj and asks him to talk to Priya if he wants to save his job. Priya gets a message. She goes. Nandini thinks it will be Neeraj’s message, the plan is on. Ram also goes to attend the doctor’s call. Doctor says ask Priya not to keep the fast. Ram says don’t worry, she didn’t keep any fast. Vikrant asks Ram to try manchurian. Ram asks him to eat it. Brinda says I think Ram kept a fast for Priya on Karwachauth. Ram thinks Priya will have her medicines as she already had the food. Nandini asks for Priya. He says I will look for her. Ram goes and sees Priya talking to Neeraj. Priya says I can’t talk, I m going to my mum’s house, we will talk there. She goes. Ram thinks Neeraj nice try, your job can’t get saved.

Vedika sees Ram. She messages Nandini that Ram has seen them. Shashi asks Vedika to come. Sara says Maitri didn’t come, are you okay. Priya says yes. Shashi asks Vedika not to do anything wrong today. She says I won’t. Ram goes to get whiskey. Shashi says thank God, you aren’t one of those men who keep the Karwachauth fast for their wives, why shall we die hungry. Priya looks at Ram. He thinks she is showing attitude to me. Ram says I will see you. He goes and praises Shivi for getting her love. Priya thinks I m not imp for him that he taunts me. Ram says I will advice Shivi, a relation is based on faith, if you and Akki have faith, then life is beautiful, there is nothing else than faith. Priya thinks this was also a taunt, Ram has won.

Ram says someone told me that trust can’t be bought, but earned. He asks Shivi to earn her husband and family’s trust. Everyone claps. Priya thinks now drink your whiskey and show everyone how much you care. Shashi says Ram you understand relations so well. Mama says yes, he values relations a lot. Ram throws the whiskey. Brinda asks Sara to see Ram, he has thrown the drink, he has kept a fast, Priya also kept the fast. Shivi asks didn’t you plan a surprise for me. Ram asks Shubham to say. Shivi asks Shubham.

Brinda says you gave a good lecture on faith, Adi and I trust each other, so our marriage is perfect, did you understand. Vedika stops Ram and says I need to talk. Meera also comes to talk to Ram. Ram says I will talk to Meera and come. Vedika says I m waiting, don’t forget. Ram goes with Meera.

Nandini goes to Priya. She says I m glad that Shivi is happy now. She explains her to accept the fate, leave the bitterness and accept defeat if things aren’t working out. She says so sorry, I was wrong. Priya asks her to give the papers, she will sign it. She says I told Ram that I will leave today, I m here just for Shivina’s pagphere. Nandini gives the papers and asks her to sign it. Priya thinks of Ram. She signs the papers. Nandini smiles. 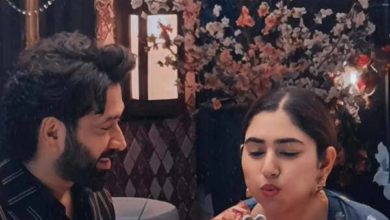 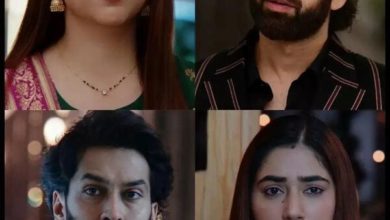 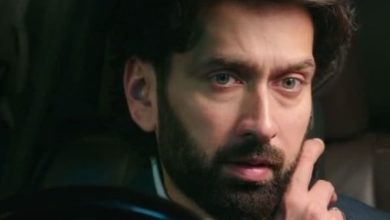 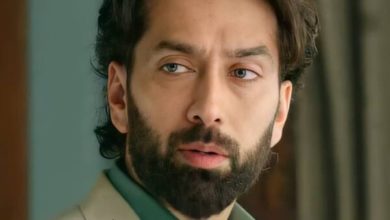