The Episode starts with Priya asking Ram not to get that guy fired. She defends that man. She says I don’t go to big stores, I know I can’t afford that, I don’t feel bad, I m okay. He says but I can. She says you do that. He says you can spend my money. She says no, we sisters were always independent, I find odd to take money from anyone, I m happy, I have no problem, my conscious won’t allow me to spend so much, I m fine. Ram thinks its fine, she has self esteem, but I m her husband. She thinks I didn’t see such lifestyle, money comes between us, I can’t think of such heights, this happens in every relation. He hums a song. She thinks I m thinking wrong. Ram jokes on her. He thinks I can’t cross any line, else she will get angry. She says Akki used to hear this song, I didn’t know about Shivi, I got new headphones for him, I want them to stay happy. He gets Nandini’s call. She asks him to come to Shivi’s Sasural, Sarika wants Shivi to sign the marriage contract.

Neeraj comes to Vedika. He says Shashi is in my bank in a meeting with MD, he has loan defaults, bank wants a compensation now. She asks what. He says your husband will go bankrupt now, I found this out. He taunts her and says I feel sorry for you, you married Shashi just for money, you also commented on Priya and me. She gets angry. He says Priya was an introvert, I wanted my wife to be beautiful and jolly, I wanted an ideal trophy wife so I married Maitri, I don’t lie, I m not like you who lie to everyone, I won’t get fooled by you, you are lying to Ram, Shashi and yourself. He goes. She says what rubbish, he scolded me, no, Shashi can’t get bankrupt, no way, he is doing this to take revenge on me, Ram is there to save Shashi, he helps those whom he loves, he loves me.

Shubham says prenup is before marriage. Sarika says we want a contract, that’s all. Meera asks what are you saying. Akki says Shivi won’t sign any contract. Sarika argues. Ram and Priya come. Priya says I promise, Shivi won’t sign any contract. Nandini says I came to invite them for Laxmi pujan, I know its an imp day for Ram and Shubham, she is saying Shivi can do anything for money. Ram asks do you want Shivi to sign a contract. Meera says no. Sarika says yes, our money is ours. Ram asks did she misbehave with you, she has no greed.

Priya says enough now, Shivi is Akki’s wife, she has a right on his everything, she won’t sign the contract, she did a lot to marry Akki, we will not explain anything. Akki says no need, mum is thinking that they made you sign the contract. She asks him not to repeat the same thing. She says whatever happened with me, it won’t happen with Shivi, I lied to Shivi’s brothers and got her marriage, if she makes Sandy elope, will you blame her, Ram has burnt the marriage contract. Nandini and Shubham get shocked.

Priya says Ram thinks our marriage should be based on trust, he trusts me, its an arranged marriage, Akki don’t you trust Shivi, can you respect Shivi as Ram kept my respect. Akki says yes. Ram looks at Priya. Priya asks them not to misbehave with Shivi. Akki says never. She says I m your sister, but Shivi is my sister in law, I will always protect her. Meera says yes. Akki says mum didn’t say right, I m sorry. Nandini says its okay. Sarika goes. Nandini says we should go. Meera says okay, you may prepare for the function. Priya asks Ram to have a pill. Ram says no need, you ended all the stress. Shivi gives the diya to Priya and says you are the best sister and the best sister in law. She hugs Priya. Nandini gets angry and says Ram didn’t tell this to me. She calls Vedika and asks about Ram’s reply when she told him against Priya. She says I want to know the details. Vedika asks what happened, calm down. Nandini asks do you think Ram loves Priya. Vedika asks do you think this. She says I will tell everything. Nandini says Ram still loves you, don’t you wish good for her, his life is in danger in that family, I want an answer, what happened that night. Vedika tells her. Priya cleans the room. Ram comes. She stops him. She asks do you want something. He says you did right, you supported my sister. She says yes, you shouldn’t take pressure by becoming my husband always. He says but I m your husband.

Precap:
Priya asks Ram to have food on time. He asks are you concerned for me. He gets dizzy. Priya asks him to go and have medicines. He shouts. She runs to him. 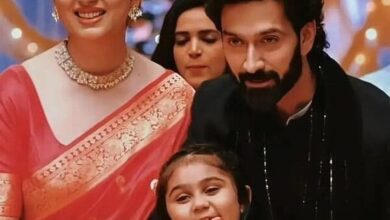 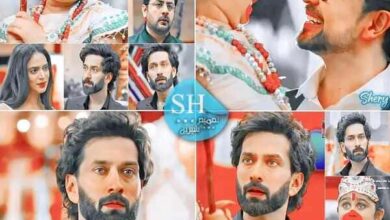 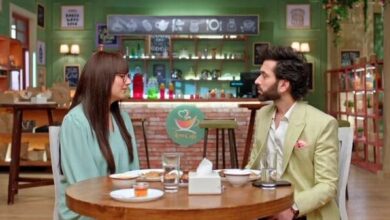 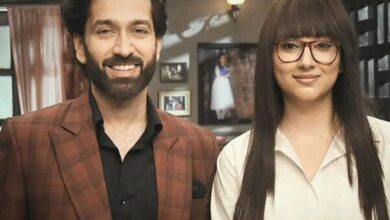