Sonakshi goes to the courier taking the parcel, she takes the reports out of the envelope and secretly tries to hide them, she signs the parcel when the courier boy explains she is Sonakshi mam but the courier is of Preeta mam, Rishab coming exclaims that the courier belongs to Preeta so he will give it to her as he believes she is busy, Sonakshi thinks that if this reports reaches Preeta then she along with everyone would find out that she can be pregnant and it would ruin her plan to enter into this house with the support of Pihu and if it ends then this would ruin everything, she thinks how she would have to take these reports from Rishab otherwise it will ruin everything.

Rishab tries to see where Preeta is je, he then thinks of calling Karan as he would give the reports to him, Sonakshi sees Karan going towards Rishab je however she sends him away saying that Pihu is calling him, Preeta thinks of going to Karan asking him to call the courier boy questioning where he is left, Rishab tries to stop Preeta but she doesnot listen to her and leaves.

Rishab thinks that Preeta might be busy so he will give her the reports when she is free, Sherlin comes to Sonakshi questioning what is going on because she has been noticing that She purposefully send Karan away, Sonakshi however replies she can do anything she desires.

Karan enters the room of Pihu thinking what Sonakshi meant as Pihu is asleep, he sits beside her massaging her head, Preeta comes to the room and starts smiling, seeing them both, she exclaims that the father is showering a lot of love to his daughter, Karan standing asks if this means she is getting jealous because of his love, however Preeta replies why would she get jealous as she desires that he only love Pihu however Karan replies this cannot ever happen because she is only true love, Preeta replies that he has gotten really naughty, Preeta replies that she wanted to question him about where is the courier boy, he explains her to not be so worried s the reports would be fine, Preeta thinks it would not be alright if she comes to know it is the truth, Preeta ask Karan what sort of a father is he because he was not even able to tuck Pihu into the bed, she rushes to the party as then she will get the courier.

Sherlin and Sonakshi are standing when she asks what she is actually up to, Sherlin explains that she is just thinking about Sonakshi because she feels she is doing something wrong, Sonakshi asks her to think of her family when Karina calls Sherlin, she leaves after which Sonakshi thinks she should focus on her husband but not now as she needs to get the reports.

Rishab standing mentions he will tell the backdrop of the party as Karan went out and if he had been the one to do this then would have been scolded for the rest of the day, Mahesh however replies it is not like that, but Rishab assures then he would be like this, they all start to laugh when Sonakshi exclaims the party is going really well but they both are the couples of this party and should come for a dance, Rishab and Mahesh dance with Sherlin and Rakhi, when they after some time also bring the rest of the family to dance, seeing which Sonakshi feels her plan has gotten ruined so she goes to ask Rishab for a dance, she manages to take out the reports and leaves the party while everyone else is enjoying.

Sonakshi walking think Sherlin has kept a close eye on her, she then bumps into Preeta, she immediately says that everyone was looking for her in the party, Preeta replies that her reports have to come by the courier, Preeta leaves apologizing, Sonakshi rushes into the room when Sherlin follows her.

Sonakshi entering the room quickly changes the reports however she is shocked to see Sherlin standing behind her who asks what she is really up to.

Preeta goes to Rishab who standing at the back asks Sahil to not worry about a small presentation and come attend the party first, Rishab starts looking for it however is not able to find them, he is shocked wondering how he lost them, karan says that it is not to worry as they will surely find it, they all start searching for it.

Sherlin questions Sonakshi asking what she is doing with the reports of Preeta, Sonakshi at first starts to deny it then Sherlin shows her the video where she is mixing the poison in milk and also where she quickly took the reports, Sonakshi takes out the real reports where she explains that Preeta can be a mother, Sherlin asks what does she mean because the doctor told them that Preeta cannot be a mother however Sonakshi replies that she was the one who told the entire story about the future of Preeta because she told the entire truth, Preeta is also searching for the reports when Sonakshi says that Sherlin might have realized by now that she madly loves Karan and from the time when they were in collage, she had her rooms filled with his photo and would even ask Karan for a photo of Sameer but he did not realize that she loves him. Sonakshi explains that when she came to Mumbai to give them the invitation of her marriage she also went to the hospital where the Gynac was practicing, and she found out they misplaced the reports, she took the original reports when he nurse explained how someone left his wife just because she was not able to be a mother, this hit her in the heart so she thought of making sure Preeta never manages to get the true reports.

Precap: Sonakshi shows Sherlin a video where she is with Prithvi, she mentions if Sherlin shows the video in which she is a villain then she will show a video where Shelrin is the villain. Karan makes Preeta promise to never talk about Pregnancy again as for him she is the most important. 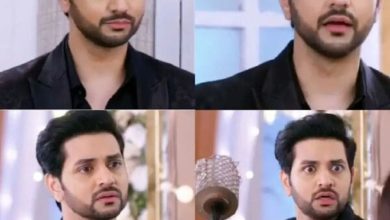 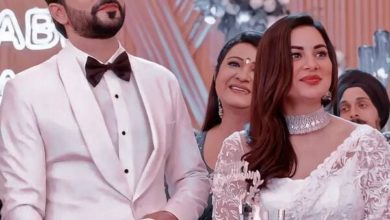 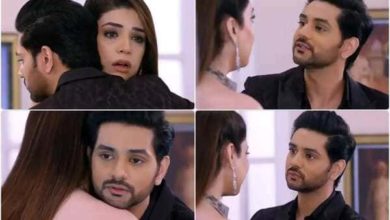 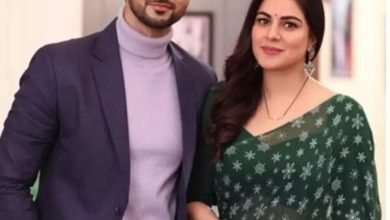