Preeta is worried by the lightening and even Dadi exclaims she is feeling really tensed by the lightening, even Rakhi agrees to her that she also feels something wrong is going to happen, Karina questions what are they both talking about because there is nothing wrong with that, Sonakshi standing thinks they are worried about the lightening which is outside while in reality she is the real storm which will not calm down until she is given the right which she deserves in this house.

Preeta wonders if the dinner of Rishab jee and Sherlin has not ended till now as then she would have asked Sherlin why Rishab jee was so worried and even Sherlin did not come downstairs, she thinks of going herself, Sonakshi wonders what has happened because of which Preeta is so worried, Sonakshi asks why is she so worried asking if something has happened, but Preeta replies she was worried because Karan has not yet returned and there is severe lightening, Pihu comes running to Preeta exclaiming that she is feeling cold from the evening, Karina mentions that her honeymoon period is now over so she must take care of her daughter as she is feeling cold from the evening, Sonakshi exclaims Preeta would have a lot of thing o she can instead take care of Pihu so calls her but Pihu refuses, Dadi also stops her saying that she is he mother of Pihu and has the responsibility to take care of her so must not run away from it, Rakhi standing questions why is Maa jee scolding Preeta like it was her fault as she only came down when Pihu fell asleep, Preeta replies she must have woken up after the lightening, Karina once again exclaims this is not an excuse however Rakhi asks Preeta to take Pihu upstairs otherwise someone might say something which is wrong, this angers both Karina and Dadi, Karina after Preeta leaves asks Rakhi why does she always defend Preeta, Rakhi replies she cannot understand why Karina always scolds her even when she doesnot have done anything wrong.

Rishab in the room questions Sherlin saying that because of the child he would see if she was fine, she got a place in her heart because of that child and for whom his family had a lot of hopes, he asks who the father was, Sherlin tries to explain he is the father, but Rishab replies he only sees lies in her eyes and it is a fault on his part but would she reveal the truth, Sherlin tries to explain that someone has told him a wrong story, Rishab exclaims he would now reveal her dialogue and reveals how she exclaimed she only loves Prithvi and doesnot his praise, Rishab questions how stubborn can she be, he explains that he heard it from his own eyes and called Mehta Sahab, he after just two minutes revealed the entire truth of how she was restlessly trying to help Prithvi. He is amazed by her stubbornness so decides to call the lawyer to the house, he is about to call him when Sherlin destroys the mobile asking if he needs the confession, she exclaims he is telling the truth while she is a liar.

Pihu apologizes to Preeta, who asks why she is saying this, Pihu explains she got scolded because of her but Preeta explains they are the elders and are only trying to mend, Pihu asks Preeta to sing a song so Preeta explains when she was young her father would also sing the song so she could sleep, Preeta starts singing the song, massaging the head of Pihu so she could sleep, she is lying beside her on the bed looking at her with emotions that of a mother who dearly loves her daughter.

Karina in the room exclaims Bhabhi has done really wrong, mentioning she always defends Preeta, Dadi asks her to let it be because she knows that Rakhi really cares for Preeta, Sonakshi brings a glass of water for Rakhi thinking she cares a lot for Preeta and can even go against her sister in law for Preeta, Sonakshi thinks she must make Rakhi on her side as this is the only way, Karina exclaims that she brought Pihu into this house thinking she is the daughter of the Luthra family and she would be taken care of in this family but Preeta is not taking care of her and is busy in each and every other thing so if this happens again she will give Pihu to her real mother who is Sonakshi, Dadi in anger warns her to never think of it again but Karina in anger exclaims she has said nothing wrong however Dadi once again warns her to remain quiet.

Sonakshi asks Rakhi if she would like anything else so tries to leave but Rakhi stopping her exclaims that she should never think wrong of Preeta because Karina was angry so said it all, she must not take it seriously as Karina cares a lot of Pihu so was not able to bear it, she leaves when Sonakshi thinks she knows this and will have to blame Preeta for something really big that even Rakhi is not able to defend her.

Rishab is with Sherlin, she accepts that she was only acting of loving him and never wanted to be his wife, she was just forced to act because he is not even worthy to be a husband, Rishab pulling her exclaims she should now reveal this in front of the entire family, he starts pulling her when she tries to break free, Sherlin exclaims the child belonged to Prithvi, she never feels happy while being with him because he always cares about his family and never wants to live a life oh his own, he is not man enough to have her as his wife as he is not that man enough, Rishab is about to slap her but stops mentioning that she should not think he stopped because he got afraid but he is man enough as one who is a man tends to take care of those children who do not belong to him but she is not worthy to be his wife, he leaves exclaiming he has had it and leaves.

Preeta is in the room when she receives a call from karan, he says he is just coming back, Preeta asks why is he talking in such a low voice so karan says that he is talking low because she is doing the same, Preeta explains she is with Pihu so is talking in a slow voice, Preeta requests him to come as soon as possible because everyone is really worried including Rakhi and even Pihu, she also feels that something really wrong has happened with Rishab jee because he was really worried and he should come to talk with Rishab jee, she feels something really wrong has happened with him, karan agrees he will come as soon as possible.

Rishab is standing thinking how Sherlin confessed that she doesnot love him and had an affair with Prithvi, even the child belonged to Prithvi, Rishab thinks it feels the righteous has ended from this world because he had to take care of everything but he doesnot even feel like living here anymore, he starts screaming with pain.

Sherlin rushes to prithvi mentioning she has done something which is really wrong, he assures he will mend everything, but Sherlin reveals how she has told the entire truth to Rishab, Prithvi at first says she is just joking, Sherlin reveals she is telling the truth to which Prithvi explains this means she has ruined everything, he planted her in the Luthra house to ruin the family but if she has revealed the truth then their plan has ended.

Precap: Prithvi asks Sherlin to leave the Luthra house once and for all, Preeta tries to stop Rishab jee as he is leaving after packing his bag, he doesnot even listen to Rakhi and Karina, Preeta asks Sherlin what has happened, however she is standing there without saying anything. 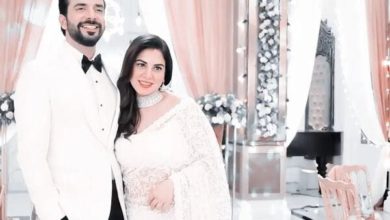 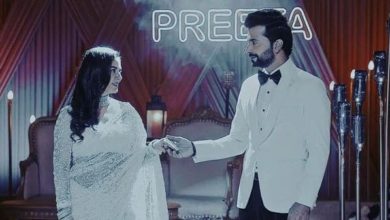 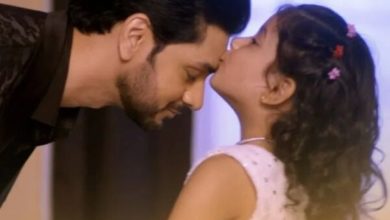 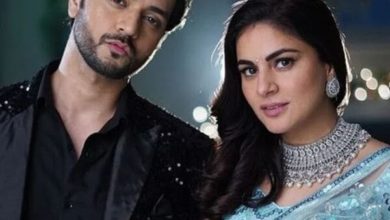