Rishab takes the bag of food taking out the tiffin, Sherlin stands beside him while he sets it on the table, taking out the spoon he starts having it while she sists beside him, Rishab holds it in his hand, Sherlin seeing questions what happened questioning if he did not like it, Rishab replies iut has been long since he had homemade food, Sherlin immediately exclaims she will serve him, she excitingly starts serving him and even pours out water, he starts coughing taking the first bite, Sherlin apologizes mentioning she will not make the same mistake again and will make it properly, Rishab however snatches the dish exclaiming he will not leave it without eating it, he starts eating it, Sherlin starts smiling seeing how Rishab is eating the food which she made, the constable asks Preeta the leave and take the women with her since the time has ended, Preeta feels relaxed, seeing Rishab jee smiling, so leaves.

Preeta walking out wonders where everyone is, she sees Sameer crying so questions what happened, he explains that Rakhi is talking very strange and disturbing things because she is saying that she will attempt suicide along with Mahesh if anything happens to Rishab, she will not be able to forgive herself, it is now the fight between a mother and Bhagwan, if Rishab is sentenced then she will perform such an action after which the entire blame will be on Bhagwan, Preeta questions why is she talking like this, she is the person who is holding the family together, if anything happens to her then what will they do, Preeta assures Rishab would be fine and so nothing would happen to them both, Rakhi questions how is this possible when there is no way, Preeta replies it is because they have the proof that Sundeep is just acting and nothing has happened to him, he can even walk, Rakhi questions then why are they not in the police station to free Rishab, Preeta replies because Sundeep is just doing this on orders of someone, this mastermind is someone else who is trying to destroy the Luthra family, so they want to reach him. Rakhi questions what is she saying and who is the person, Preeta explains that the person is living in their own house, Rakhi makes Preeta swear to reveal the name, Preeta takes the name of Prithvi and even Sameer stands with her, Preeta assures Prithvi threatened to kill Sundeep and even called him to an abandoned place, she somehow reached after him so came to know the truth.

Rakhi exclaims the person because of whom her son is in jail is living happily in the Luthra house, she vows to not stay quiet and throw Prithvi out of the Luthra house, she asks Sameer to come with her as they will go to the Luthra house, Rakhi while entering yells the name of Prithvi calling him, Karina gets worried hearing how Rakhi is really angry, prithvi comes to Rakhi questioning what has happened because she is angry and calling him, Rakhi slaps Prithvi questioning why is he trying to ruin her house, she knows he is going after her family, Prithvi explains she is mistaken and should have come to him if there was anything wrong, Karina assures Rakhi is mistaken as Prithvi is working to save the family. Dadi asks Preeta to reveal the truth, when Rakhi exclaims that he is the one who paid Sundeep to get Rishab arrested, prithvi exclaims that they will surely lose, and he is sure of it. Rakhi yelling exclaims he will not win, Prithvi seeing the opportunity manages to run away, Kritika is stunned when Mahesh assures, he will not be able to run very far.

Preeta wakes from the thought, she rushing to Rakhi requests her to not do this now as she is doing this in anger and it sometimes causes problems, Rakhi asks what does Preeta mean as she will now go and call Prithvi questioning him to reveal the truth, Preeta explains that if Rakhi goes to confront Prithvi then he will be able to undermine the truth and not stay without doing anything, Rakhi exclaims she feels Preeta is right but what will they do now, Preeta explains after going back they will act as if they have not got hold of anything and the matter is now up to Bhagwan, they are the ones who know that Sundeep would give his statement in favour of them, after which Rishab jee would be freed and Prithvi will land in jail. Rakhi questions then what would happen to her daughter Kritika who thinks Prithvi is a really good person, Preeta explains it is in the blood of some people to always be wrong, does she really think Kritika deserves someone like him, Rakhi agrees then hugs Preeta exclaiming she would have done some good in her past life that Preeta is a member of her family, they both hug each other when Sherlin comes questioning what happened, Rakhi is about to reveal the truth when Preeta stops her, asking Sameer to get in the car.

Prithvi in the house wonders what happened because the Luthra mansion is so quiet, he sees them all coming so immediately goes to Rakhi questioning what happened, he even asks if everything is fine but Rakhi looks to him in anger, Sherlin goes to the kitchen while even Sameer exclaims Pihu called them, Prithvi gets tensed wondering what might have happened, he thinks of assuring Rakhi that he will always be there for her but Preeta mentions they need to leave since Pihu is calling them, Prithvi thinks he now needs to ask Preeta about the truth so requests her to come as he needs to talk with her.

Preeta asks Rakhi and Sameer to go forward, Prithvi also assures for his help if they need anything, he will surely be able to get the truth for them, Preeta thinks she wants him to reveal the truth, she exclaims they have not been able to find anything and tomorrow is the hearing of the court, she requests him to give them any sort of proof which he is able to find as everyone is really tensed, Prithvi in a state of tension looks at Preeta.

Precap: Preeta mentions she is sure prithvi would be thinking what the weakness is, he is surely thinking that Sundeep is the weak point, Preeta exclaims that Prithvi should not know that Sundeep is with them, Prithvi in the hospital picks out the pillow planning to kill Sundeep. 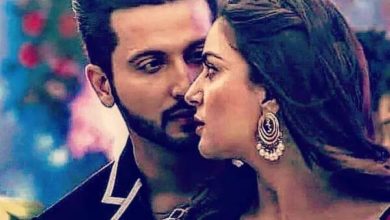 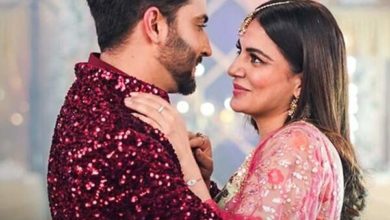 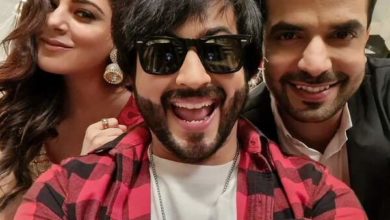 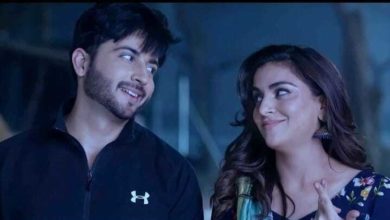