Anupama rejoices after she gets a rented house. Anuj gifts Anupama inscribed keychain and says GK taught him to gift gold or silver on Dantheras, he brought her keychain and fixes house keys in it. Baa argues with Bapuji that Anu cannot look into her own yes for her act, she left this house and they didn’t force her to leave, she passes by freely on streets and if she insults her again, she will slap her. Virat asks her to calm down and asks Bapuiji to think practically.

Kavya says Anu has a crorepati boyfriend but they don’t. Vanraj says Kavya is jobless and his business is not stable, so they need this house at least. Kavya starts her emotional blackmail and requests to consider her as her bahu and Lakshmi of this house and let her take care of family and house. Baa says however Kavya is, she is their bahu; she didn’t accept Kavya till now because of Anu and now she has to. Kavya says she will never leave this house and its people and pleads Bapuji to give her rights like he did to Anu, says Anu is lucky to get everything without asking, but she is unlucky to not get anything even after asking, etc.

Anu thanks Anuj for gifting her a keychain. He suggests her to celebrate her Dantheras in her now house. She says this is her first festival without her family, but she is happy. She looks at her house happily. Anuj writes her name on door and recites a shayari in his mind seeing her smiling. They walk on street next. Anu asks if he is thinking something. He says every year he gifts his employees sonpapdi. She says he must be getting sonpapdi in return and jokes.

He says he wants to gift something different this time and seeks her idea. She says they can give sweets order to the ladies whom they have employed and let them earn some money this diwali. He likes her idea. She then sees a lady heavily bargaining for lamps at a pottery stall and requests her not to bargain with poor. Lady says her husband doesn’t earn money to burn it. Anu asks when she doesn’t bargain 800 rs pizza, 300 rs coffee, 2000 bag, 1000 rs sandals, why is she bargaining for 10 rs lamp. Lady says bargaining is her right. Anu buys lamp set from potter lady who blesses her. She says she bought blessings in exchange of bargain and continues her speech on not bargaining with poor and helping them celebrate their festival. Anuj thinks people ask him why he loves her since 26 years and even he buys lamps for his house and office.

Devika comes to meet her and saying leaving Shah house was her life’s best decision and cries hugging her. Anu asks why she is crying. Devika says its difficult to leave her family, but she did it and took a right decision; she is self-dependent and doesn’t need anyone’s support, etc. Anu says she needs a friend like her always though.

Mamaji gets confused with Bapuji’s medicines and feels helpless. Bapuji says its good that Mamaji can forget things, he knows what medicines to take and will not trouble Anu by falling ill. Baa notices that from a distance and seeing Kavya roaming freely asks her to take care of her and Bapuji’s needs like Anupama.

Kavya says Bapuji is angry on her. Baa says she can calm him down like a daughter and asks her to try. Kavya agrees. Devika tells Anu that she knows she cannot leave her family easily and they are her strength, but she should continue moving ahead not just for herself but for Anuj and her also. Anu promises not to break her and Anuj’s trust in life and hugs her again. Anuj cheers them up and clicks their pics. 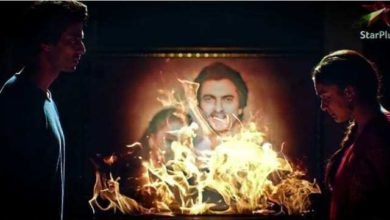 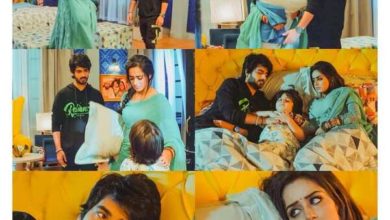 Yeh Hai Chahatein : Wedding is Off ! 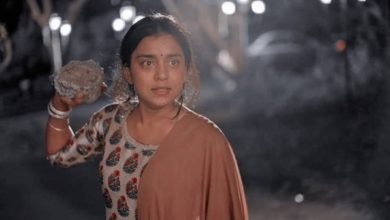 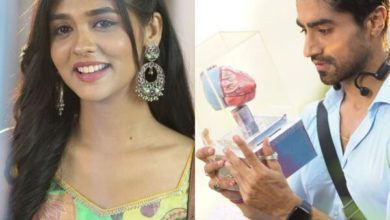