Anupama dares Toshu to commit suicide. She says there is a more sharp knife in the kitchen as a fruit knife he is holding is very blunt. Toshu asks her to slit his wrist like she ruined his life. Anupama warns him not to blame her after doing sins and asks why didn’t he commit suicide when he was roaming alone for 2 days. She asks how dare he is to come intoxicated in front of his wife and baby.

Anuj says what else they can expect from such children. She tongue lashes Anuj with a long lecture how he committed sin, trying to make her feel guilty for his sins, and troubling whole family; how men like him physically and mentally torture their wives, etc. Leela curses Anupama as usual. Hasmukh tongue lashes her for her hypocritic behavior and warns her not to curse Anupama. Vanraj feels concerned for Toshu and says any father doesn’t want his son to die.

Anupama continues to tongue lash Toshu with a 50-page long lecture in 5 minutes describing how he is just creating a drama acting as trying to commit suicide and troubling his wife. She warns him to get out of her house. Toshu breaks things, shouts he will not go from there, and curses Anupama for forcefully holding Kinjal. Anuj loses his control, pins him to a sofa and asks how dare he is to accuse Anupama.

He says he can break things or create drama, but shouldn’t dare accuse Anupama. He asks Anupama to call Vanraj and tells Vanraj that his kaput has come here in an inebriated state and is troubling Kinjal, trying to snatch baby, and breaking things here; Vanraj should come here and take his son from here and if his son does any more drama here, he will forget that Toshu is Anupama’s son. Toshu shouts Anuj can call the police or anyone he wants to.

Kinjal takes Arya to her room and says it was easy for a wife to take a decision, but as a mother she needs to protect her daughter. She apologizes Arya for making her see all this drama. Toshu demands that he will not leave until Kinjal accompanies him home. Vanraj enters and says he will go from here. Barkha with Ankush walks down and asks Adhik how does he know that Vanraj is coming.

Adhik says Pakhi informed him. Ankush says its important for them that Anuj gets angry on Anupama than Vanraj. Vanraj scolds Toshu and drags him away. Barkha discusses how can Vanraj go without any drama. Anupama says sorri sorri sorri to Anuj. Anuj walks away fuming, without replying anything. Barkha says Anuj is upset on even Anupama. Ankush says its good for them.

Vanraj takes Toshu home. Toshu continues his drama in an inebriated stated. Leela and others try to calm him down. Vanraj breaks down in front of Hasmukh and says today he realized what Hasmukh must have felt when he left home uninformed; he used to consider himself strong, but he cannot tolerate his son attempting to commit suicide and wrecking havoc at someone’s home.

He used to feel angry seeing someone’s children acting like Toshu and thought why don’t they really die, but today he realized how its unimaginable and fearful for parents to see this children in this condition. Anupama offers medicine to Anuj. Anuj says he is not angry on her but a daily drama. He hugs and comforts her. Tere Naam… song plays in the background.

Precap: Toshu threatens Anupama that she will suffer like he is suffering now. Anupama warns him not to cross his limits or else she will forget that he is her son. 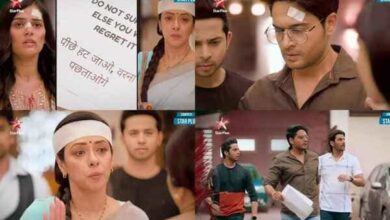 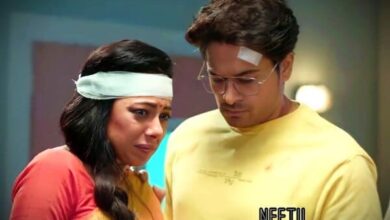 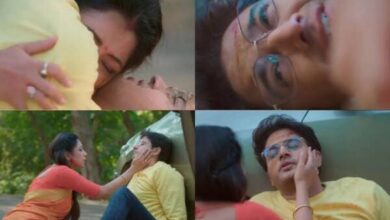 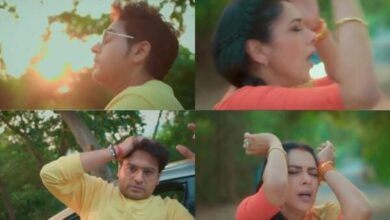